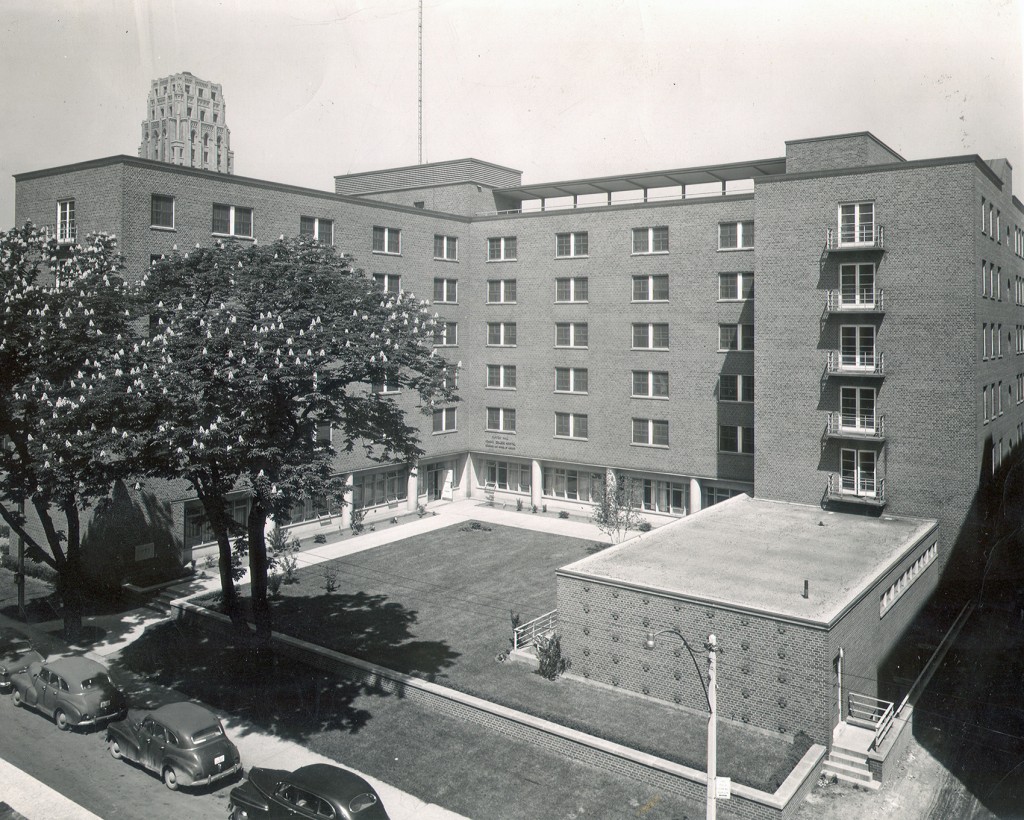 Our life of studying, working, eating and sleeping is never dull. It is interspersed with gab-fests in the lounge, informal discussions of world affairs, ideas, problems and just plain gossip which have aided in character building more than we sometimes realize.

In 1935, Women’s College Hospital moved to a new building at 76 Grenville Street, near the University of Toronto. It did not have a student nursing residence. The hospital rented small homes scattered throughout the neighbourhood to house its nursing students.

With the dream of building a single nurses’ residence and classrooms for its School of Nursing, Women’s College Hospital purchased a property at 60 Grosvenor Street, across the street. On May 12, 1955 (Florence Nightingale’s birthday), Burton Hall was officially opened!

Described by Mrs. Louis O. Breithaupt, wife of the Lieutenant Governor of Ontario, as “one of Canada’s finest nursing schools and students’ residences,” Burton Hall could house up to 215 student nurses in single rooms. It had classrooms, laboratories, teaching and administrative offices, and a school library.

After 40 years of just “making do,” Women’s College Hospital finally created a school building that its student nurses could proudly call home.

Listen to Pat and Margaret, Class of 1958, talk about their time at Burton Hall.

Early Student Residences: Home Away from Home The Hub of Social Activity