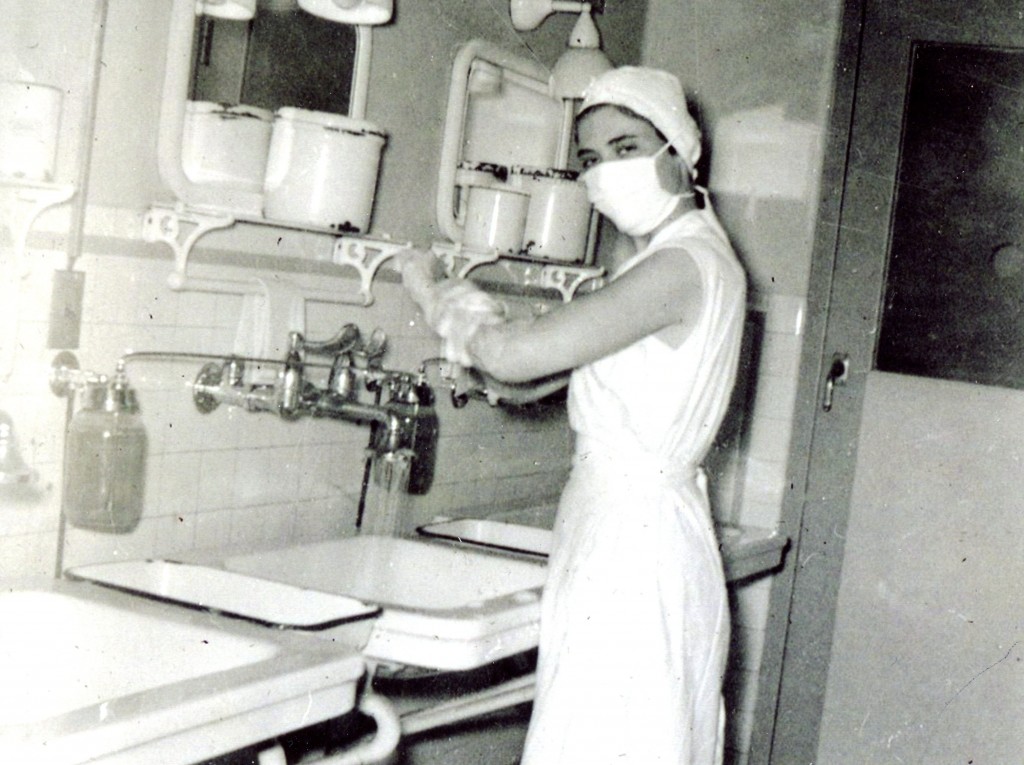 Scrubbing in for surgery.

Longing for home and all the while,
Wearing the same old professional smile.
Taking the temperatures, giving the pills
To remedy mankind’s numerous ills.
Feeding the babies, answering the bells,
Being polite with a heart that rebels,
The world grows better year by year
Because of some nurse in her little sphere

Most nursing schools in Canada followed the apprenticeship model – meaning that students received hands-on clinical training, working alongside doctors and nurses with patients. At Women’s College Hospital, nursing students trained in all areas of the hospital, including the patient wards, delivery rooms, operating rooms and even the kitchen. 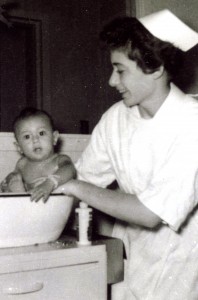 A student nurse bathes a baby.

At Women’s College Hospital, students received additional training in nursing specialities such as paediatric and psychiatric nursing at nearby hospitals. Since Women’s College Hospital was primarily a hospital “run by women for women” until 1961, students also received experience working with male doctors and male patients at other Toronto hospitals.

Listen to Charlotte, Class of 1969, speak about her duties in the O.R. as a student nurse.

Audio clip with transcript: Charlotte talks about training in the O.R.

The Classroom The First Day on the Wards