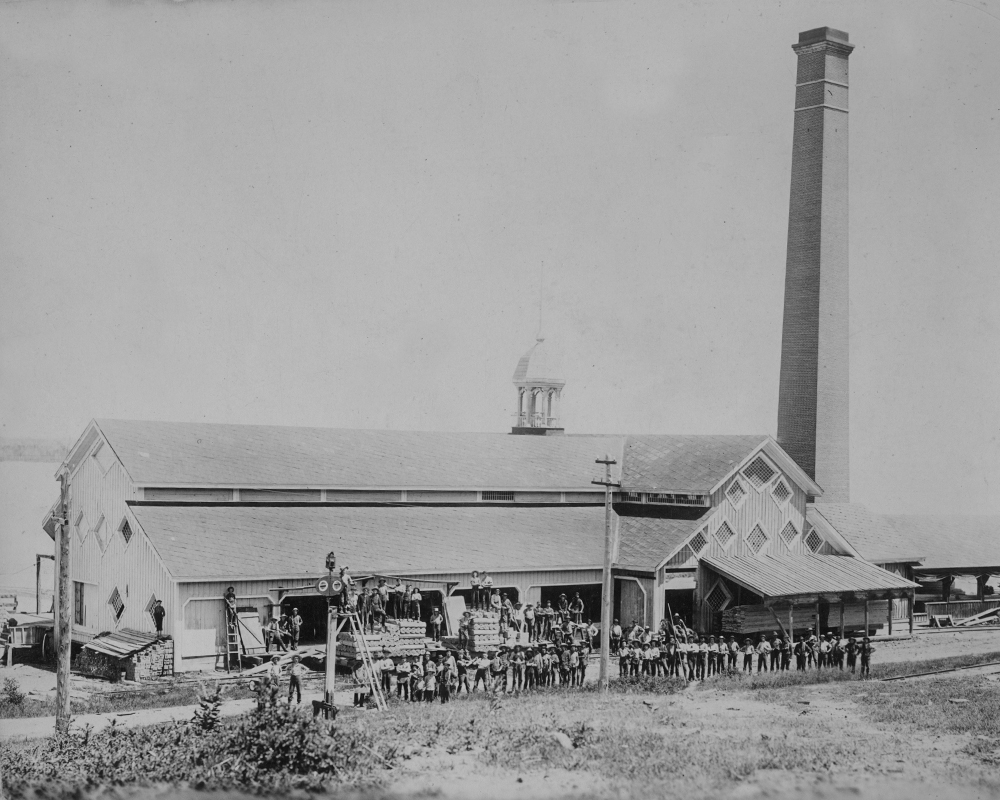 Employees at Gillies Mill, circa 1910. This mill was destroyed by fire in June 1919.

Alphonse knew that he shouldn’t appear in the photograph, so he climbed on top of the wood pile and out of the way. He’d already paid a visit to the stables to see his favourite horse, Maggie, a beautiful bay mare and the gentlest of creatures. She tossed her head when she smelled the oats the farmers brought up the hill to be weighed.

Gillies Bros. kept all kinds of horses, including Sorrels, Belgians and Percherons. Alphonse’s father was one of several blacksmiths working for Gillies’. He told him that Clydesdales weren’t used because the fluffy hair on their feet collected snow and ice which made it treacherous in Winter.

Alphonse remembered the excitement when the men returned from the bush in springtime. He watched hundreds of horses gallop down Arthur’s Hill towards the stables. When fed and tended to, they were summered out at Ferguson’s farm in Castleford. 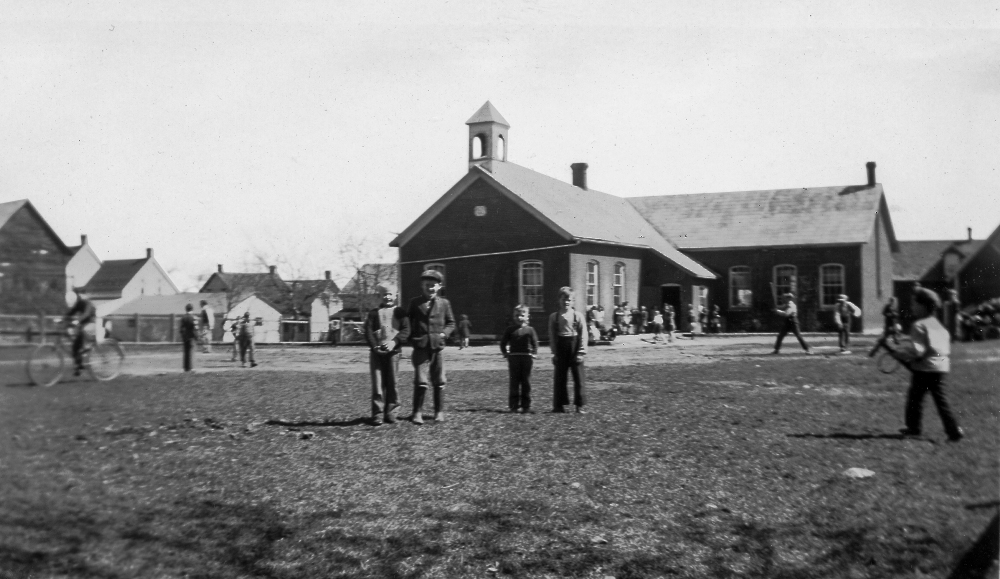 Centrally located, the school in Braeside was a popular playground. Photo c. 1915.

Alphonse decided to see what his friends were doing up at the school yard. He hoped ‘Big Lars’ wasn’t around so he could play baseball. Last week, Lars teased Alphonse at the Orangemen’s parade, when he squealed with delight at seeing ‘King Billy’ coming down the railway tracks on his beautiful, white horse. 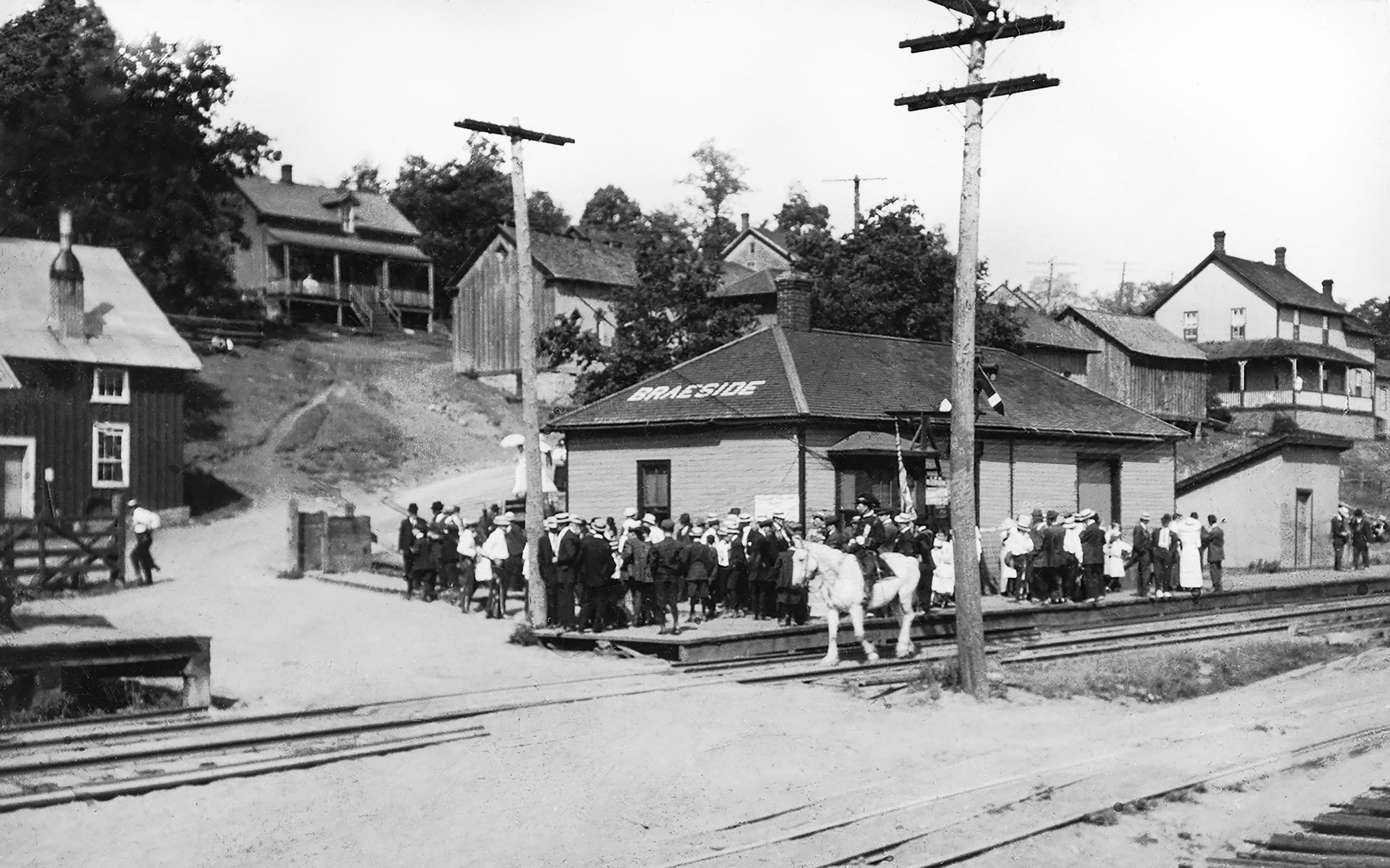 A crowd gathers around the Braeside C.P.R. station, circa 1920. The occasion was likely the Orangemen’s Parade which was held annually on the 12th of July.