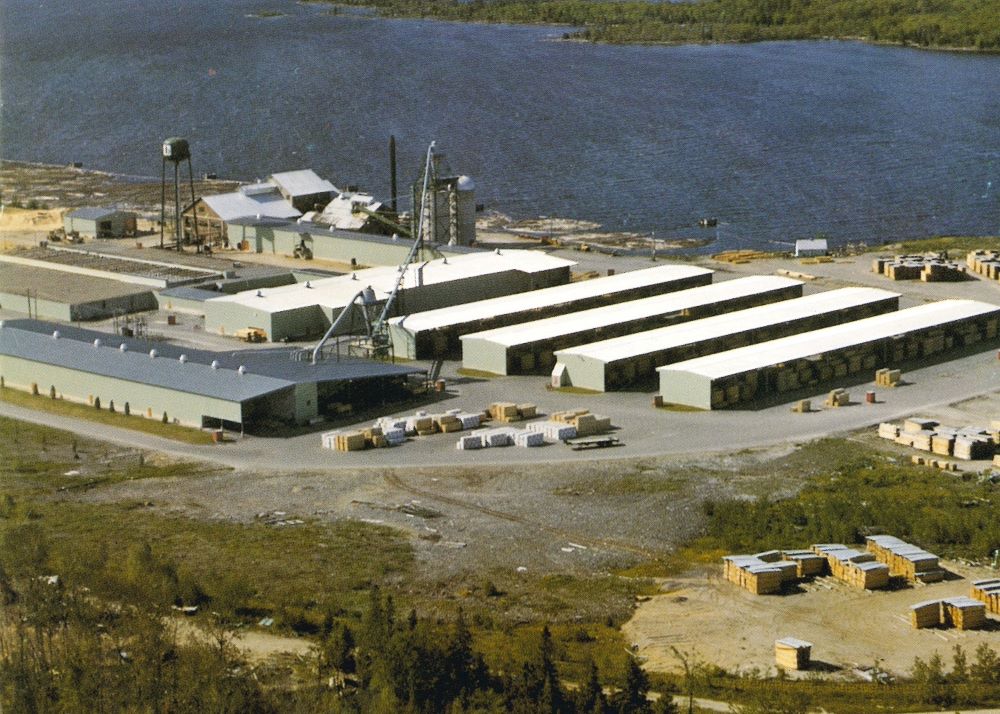 The Braeside Mill suffered a major fire in 1976. This aerial photograph shows the site after it was rebuilt, circa 1978.

After the fire in 1976, everyone pulled together for about 18 months to keep production going while the company rebuilt using insurance money and dug deep into its own pockets.

As a Union Steward, Doug hoped they’d put more money into manpower, but he knew he was dreaming. The automated equipment meant fewer men and a different set of skills. He was the only one who knew how the paper-wrapper worked for heaven’s sake! Doug had to admit, White Pine College had gone corporate. 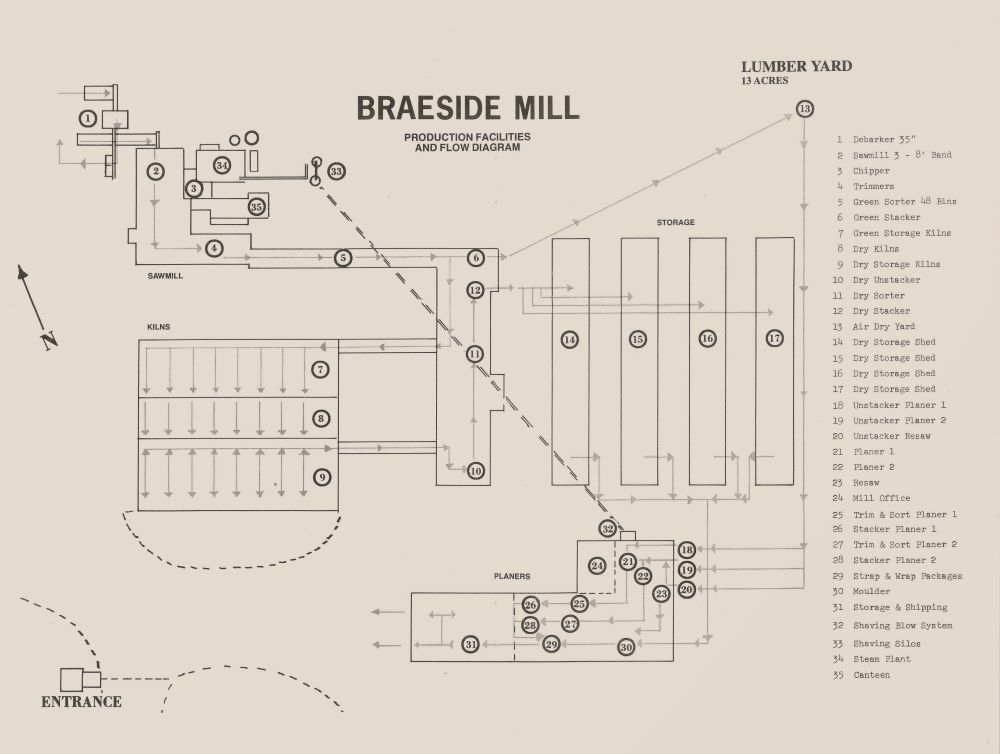 Production facilities and flow diagram shows the manufacturing sequence for the rebuilt plant in 1978.

Doug turned his body against the wind coming down the river as he lit his cigarette and contemplated his future. The waves at Red Pine Bay were tossing options at him as they crested and ran towards the shore. Doug figured his days were numbered at Gillies Bros.  As far as he was concerned, it was the beginning of the end when they stopped using the river to transport logs to the mill. The company had always invested in good timber limits but the costs of trucking the cuts to Braeside were high in comparison.

Doug tossed his butt into the water. He wasn’t going to find any answers here tonight. Heading back to the mill, he popped in his Jimi Hendrix cassette All Along the Watchtower, the perfect song for a heavy night.

Listen to the audio clip about working at Gillies in the 1970’s with transcription: Interview with Wayne Croft