As she passed Leitch’s store, the postmistress waved hello but Donna just kept on going. She had to concentrate on keeping her balance as she navigated around the potholes on her new roller skates. She was heading over to the municipal building to see what was going on. The dusty silence in the village was frustrating for a young girl looking for adventure.

Since watching the lunar landing on television, Donna understood that her world was full of opportunities that her father never had. He grew up in Braeside and started working at “White Pine College” at 16. Grandpa Oliver said, “It’s time to go over the hill,” and so he did. 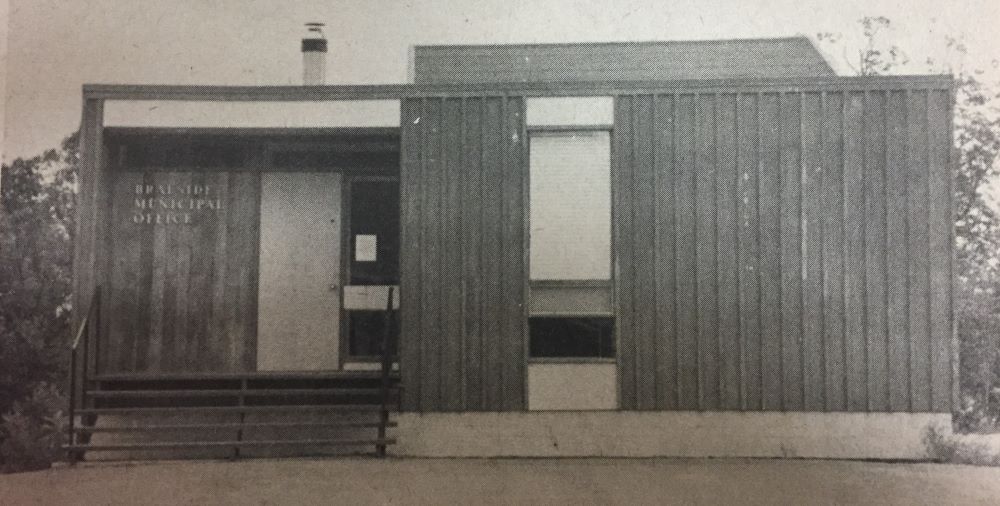 Painting the Braeside Municipal Building red was a symbolic gesture when this building was officially opened  during Canada’s Centennial year  in 1967. 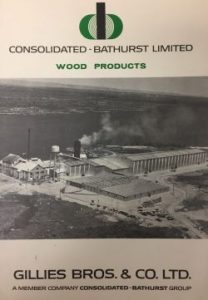 Her Dad took her to the mill once, to buy some lumber. When Gillies Bros. was purchased by Consolidated-Bathurst in 1963, he was worried about his job but hadn’t been laid off yet.  She remembered looking up at the filtered light that captured bits of sawdust, like stars that hung in the air. Donna sat down to take off her skates so that she could walk down the wooden steps that led to the beach. 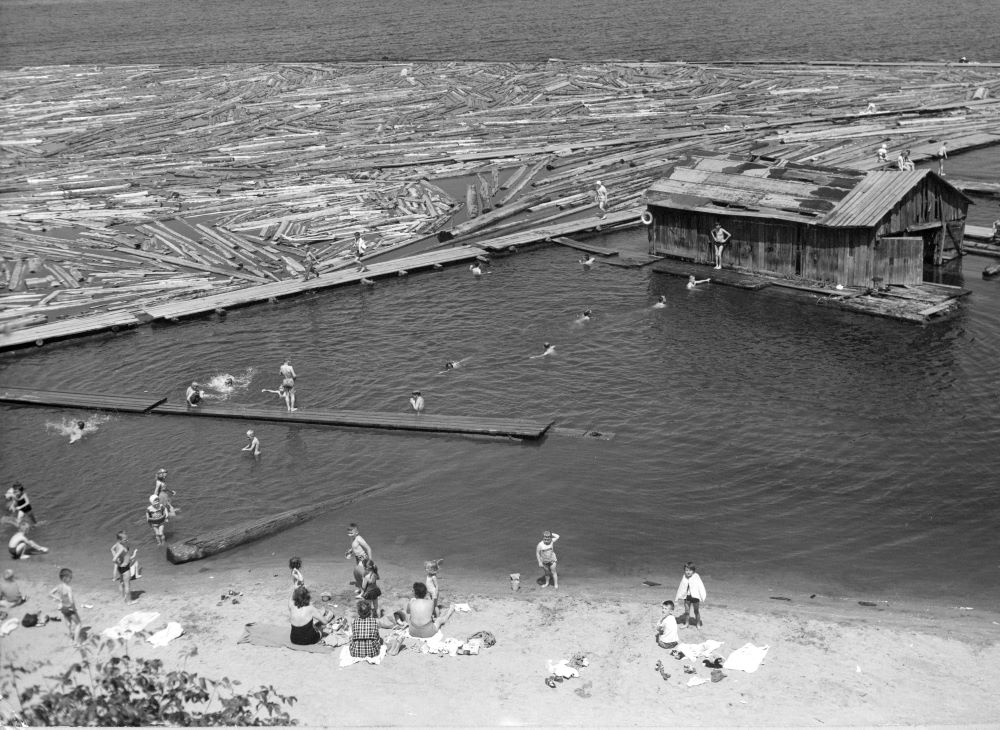 Overlooking Braeside Beach and Gillies’ Boat House used by the Mills and Gilmour families, circa 1965.