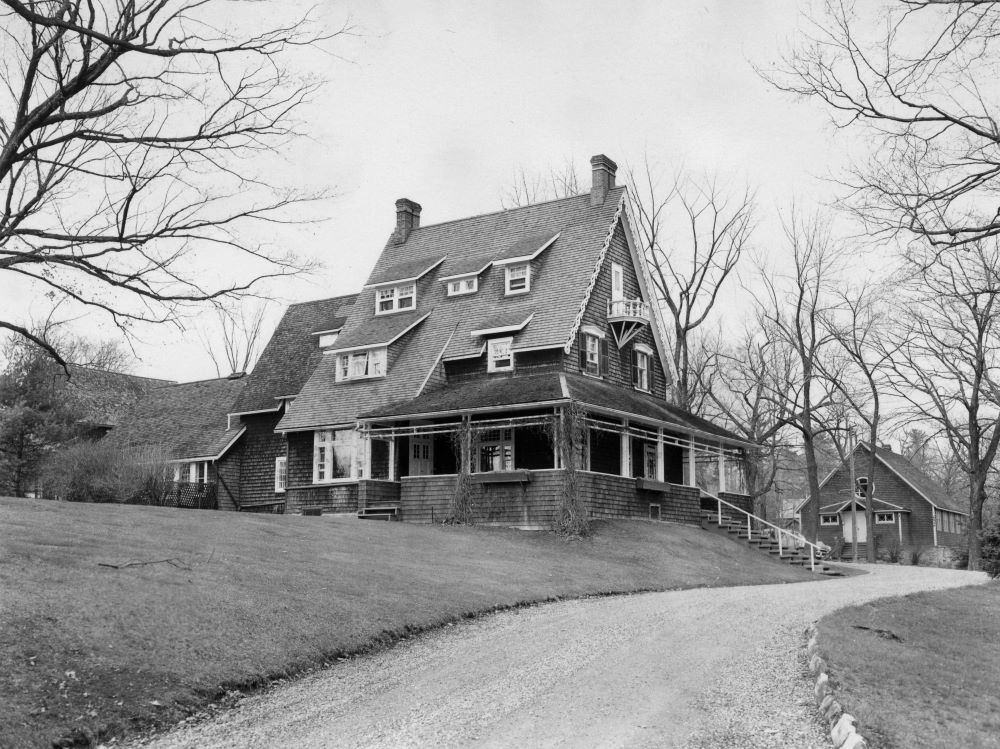 This distinctive house was built for Reverend Henry Usborne’s cousin Jack Usborne around 1869.

Ida started her day cleaning Mr. J. S. Gillies’ room at the top of Ardchatton, the grand house on the hill. She took the opportunity to step out onto the little balcony to shake out the rag rug from beside the bed.

From there, she could take in the spectacular view across the Ottawa River to the Pontiac and the Eardley Escarpment. Grey clouds seemed to hover there, and she wondered if the Braeside Women’s Institute garden party would get rained out that afternoon. 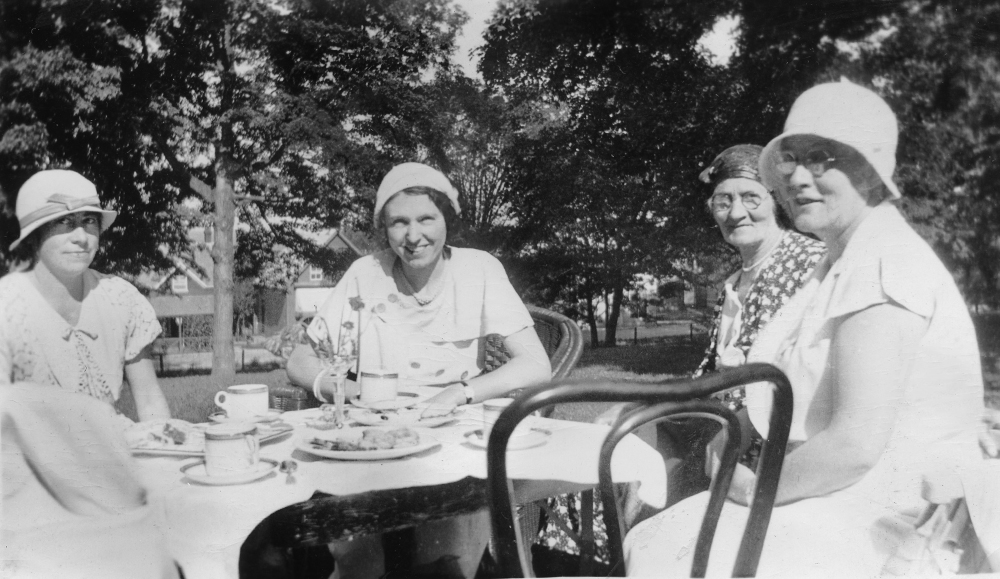 Ida checked her reflection in the window as she headed to the greenhouse to arrange the flowers for the tables. She remembered the last time she helped there following the tragic death of George Henry Gillies. A Gillies’ Bros. board member at the time of his death, George was hit by a train outside the village and died in August 1932, at 60 years old. That summer, the mill lay idle and life in the village was not the same.

This year, a picnic on the ‘Wm Douglas’ tug boat was being organized by Gillies Bros. for the entire village. Ida hoped that she would be given time off to attend. She wanted to stand on the upper deck as it slowly moved along the river and dream of a home of her own.