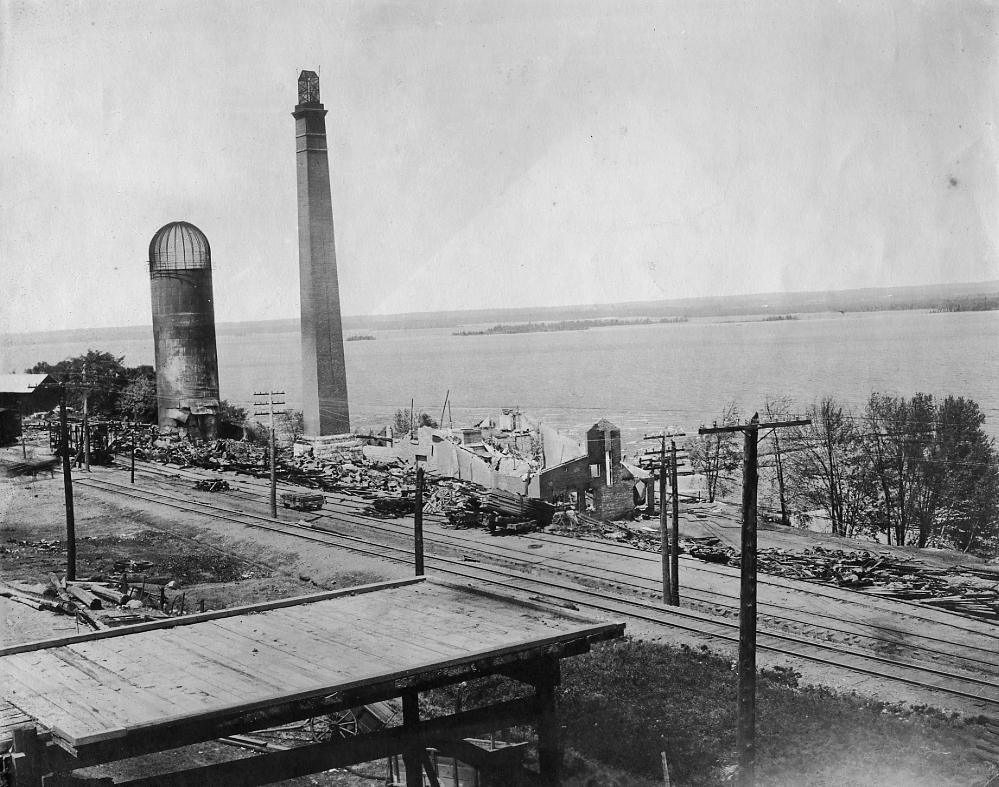 This photograph was taken from where the stables were located the day after the fire. Photographer unknown.

People across the river in Bristol, Quebec watched in horror when the Gillies Bros. mill went up in flames in the early evening of June 23, 1919. The fire started in the hot box under the mill behind the engines and spread rapidly. The frame of the sawmill collapsed and fire spread to the harness shop, storehouse and railway station which were located directly across from the main building.

By the Spring of 1921, Gillies Bros. were ready to hire men for their new ‘fireproof’ mill which they built east of Red Pine Bay.