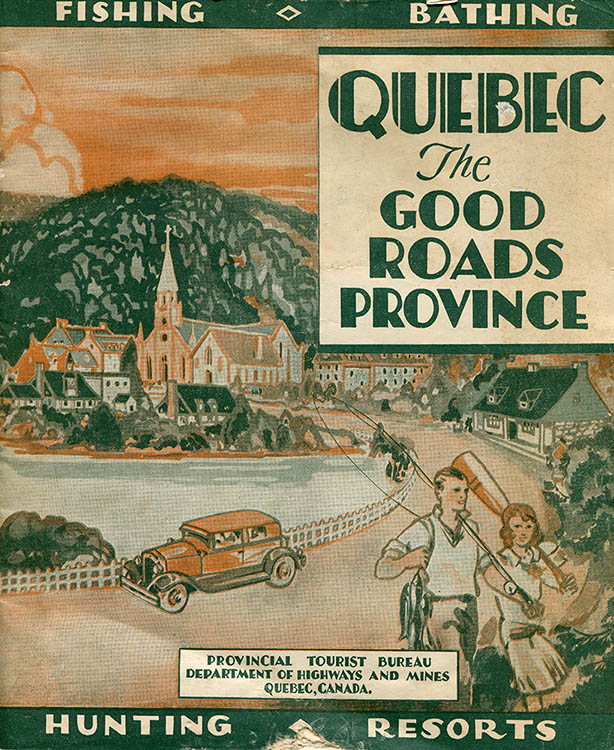 The Good Roads Movement pushed the government of Quebec to invest in its road network. Born in the 1870s in the United States to encourage local, state and federal governments to improve roads – the movement was started to provide safe by-ways for cyclists. It became a powerful force for the extension and improvement of roads to help farmers get their produce to market and improve driving conditions for the cars and trucks coming off assembly lines across America.

The Quebec government embraced the movement in the first guidebook published to encourage American motorists to visit the province. Describing its intent to push forward with road construction rapidly and ambitiously, the guidebook stated: “the Good Roads Movement has gradually evolved with years and has increased in magnitude. The Quebec highway system is now considered one of the best and most complete in America. Enthusiasm for good roads still runs high among the population. And the greatest enthusiast of all is certainly the Minister of Highways, the Hon. J.L. Perron.”