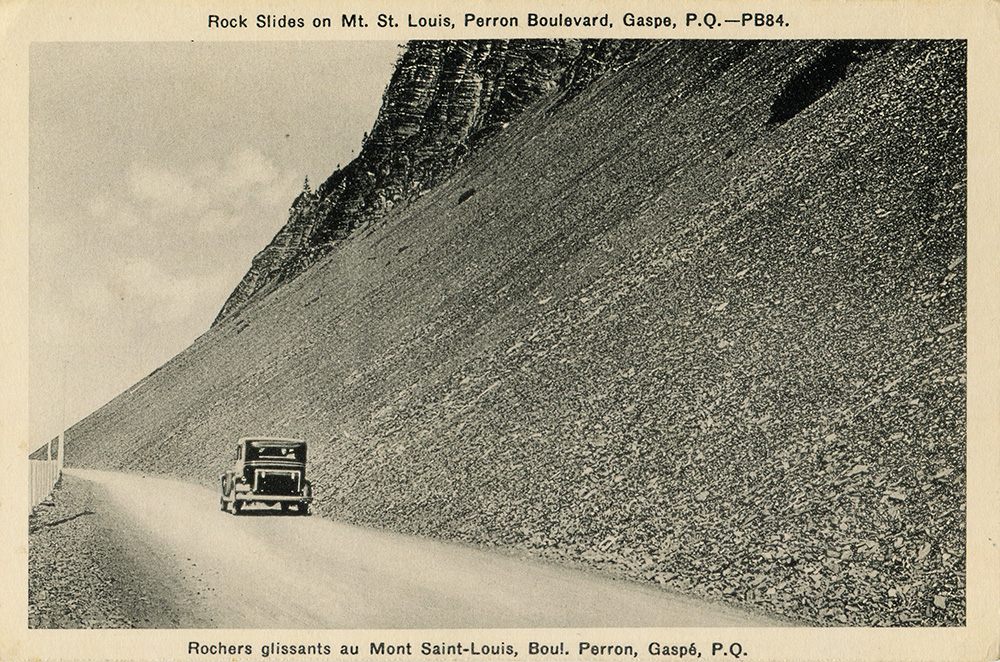 As soon as automobiles began to circulate, the roads became a veritable nightmare.

Roads require maintenance. Municipalities asked for government assistance to maintain the new roads, used as much by tourists as by local residents, but funds were scarce.

One of the unintended consequences of the new road network was having to deal with the claims from drivers. Town councils were flooded with requests from drivers who sought compensation for damage caused to their cars. And the damage was invariably caused by poor road maintenance and never by the driver!

Take the case of Ste-Flavie, the first village on the Gaspé tour, the parish history recounts:

As soon as automobiles began to circulate, the roads became a veritable nightmare. At every council meeting, the secretary read a request for compensation from a visitor for damage to his vehicle.

To deal with the never-ending litigation, towns named road inspectors to ensure that council roads were in good shape and to document road conditions prior to the arrival of tourists every spring. This helped deal with true or false claims for compensation.

Roads and their maintenance still take up a good deal of council time and much of a town’s annual budget. And the system of no-fault insurance means that it is still never the driver’s fault.