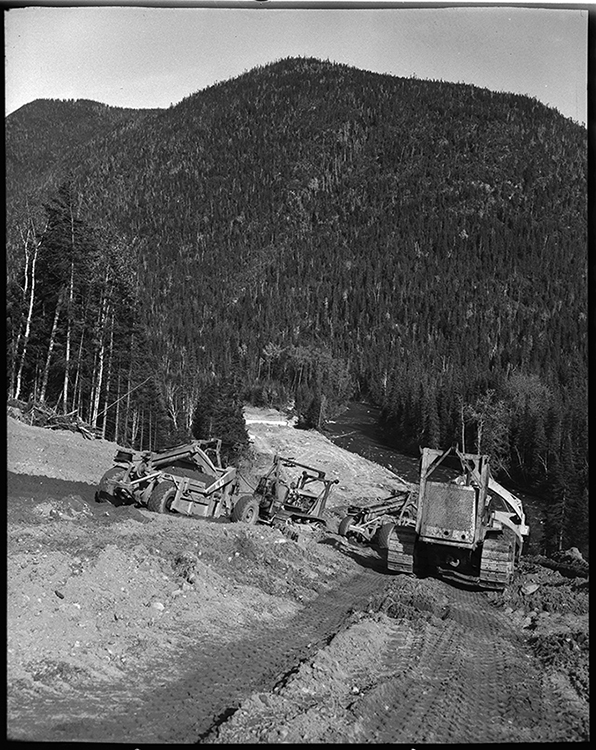 Work on the transgaspésienne highway, 1952

Major work was undertaken by the Duplessis government to improve the highway. And the first “transgaspésienne” highway was constructed to link Mont-Albert to New Richmond. With the new highway, the popularity of the Parc de la Gaspésie grew by leaps and bounds, from 11,000 cars in 1952 to almost 92,000 vehicles just five years later.