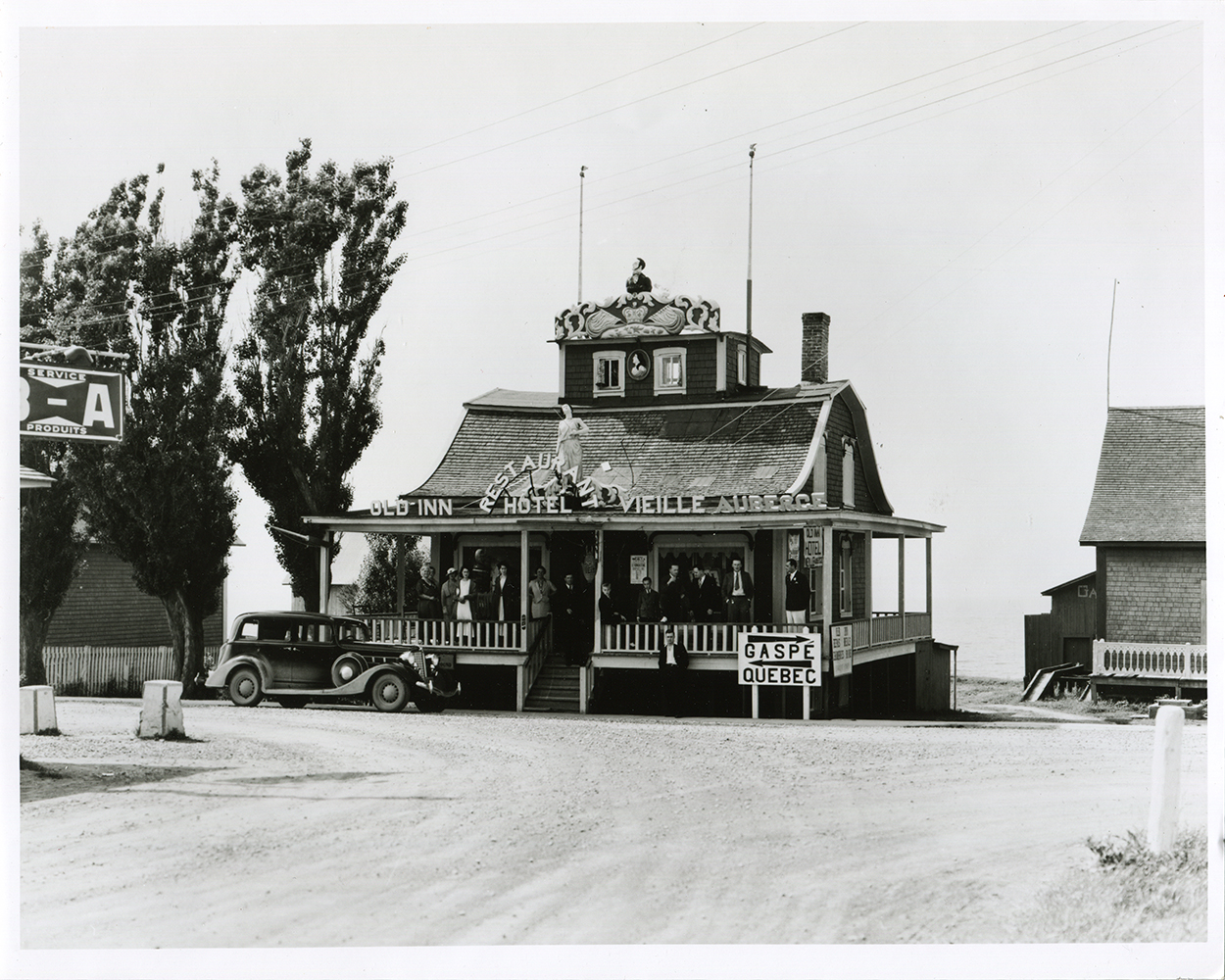 The Vieille Auberge in Ste-Flavie

The recipe for success in tourism has yet to be written. Is it timing, ingenuity or simply hard work?

One of the key ingredients is location. The village of Ste-Flavie went into decline in 1876 when the Intercolonial Railway was constructed several kilometres to the south of this shoreline community. Mont-Joli was born – and that town became a thriving transportation hub and local metropolis.

Ste-Flavie found prosperity again with the rise of driving tours in the 1930s. Situated at the start and the finish of the Gaspé tour, the village was ideally situated to attract visitors on their arrival and departure from the region. It had the added advantage of being positioned at mid-point between Montreal and Gaspé and a welcome stop for those looking for a toilet or some rest after eight or more hours of driving on dusty and bumpy roads.

At the crossroads, the eccentric Vielle Auberge was a natural place for visitors to congregate. The building fell to the wrecker’s ball in the 1960s but not before generations of travellers had immortalized the auberge in their snapshots.