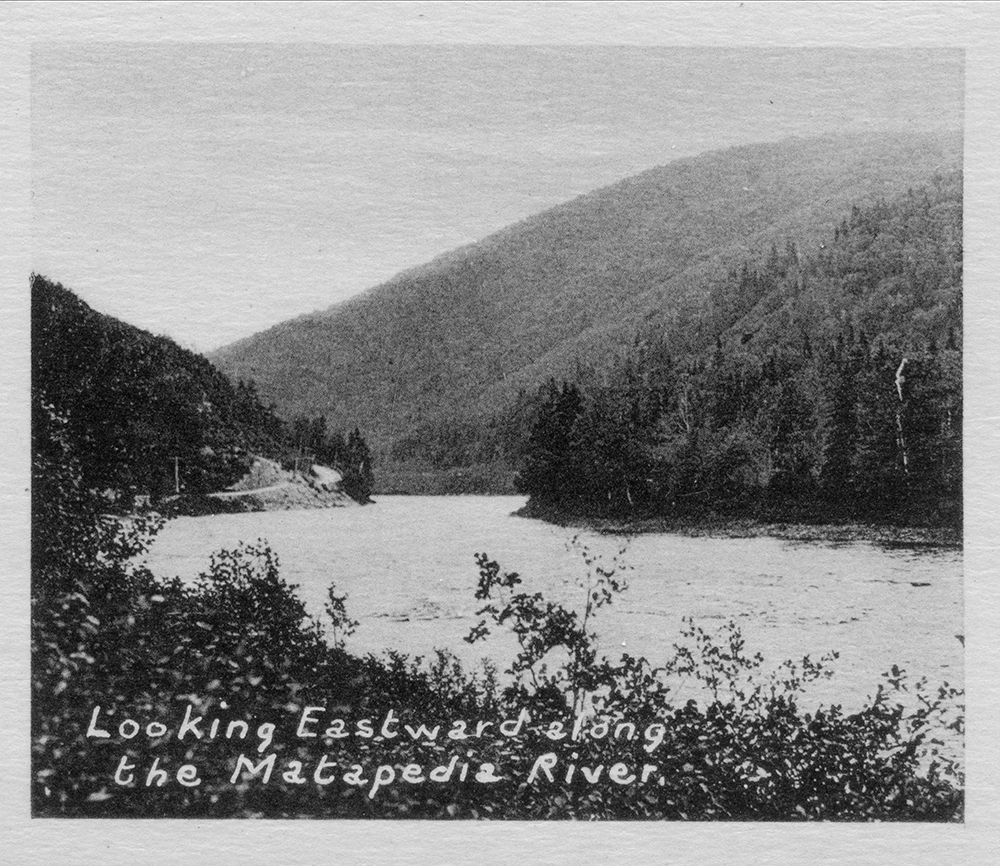 Looking Eastward along the Matapedia River

Cycling through the Gaspé has become popular in recent years. La Route verte offers cyclists a paved road and shoulders along nearly 1,000 kilometres and some of the most challenging terrain in Quebec. It has not always been like this.

The first known cyclist to have attempted a tour of the region was Frank Jenkins, captain of the Ottawa Bicycle Club. The August 11, 1887 edition of The Ottawa Journal reported that Jenkins started out from Lévis for the Gaspé. He rode 450 miles, averaging 60 miles a day. He travelled through Bic, Rimouski and Little Metis to Matane. Doubling back, he went down the Matapedia Road. There his road trip became difficult. The road was fair until Causapscal, reported the newspaper. At that point it became “impassable, being overgrown with weeds and hanging trees. Never before has the ubiquitous cyclist been there, Mr. Jenkins having the honour of being the first”.