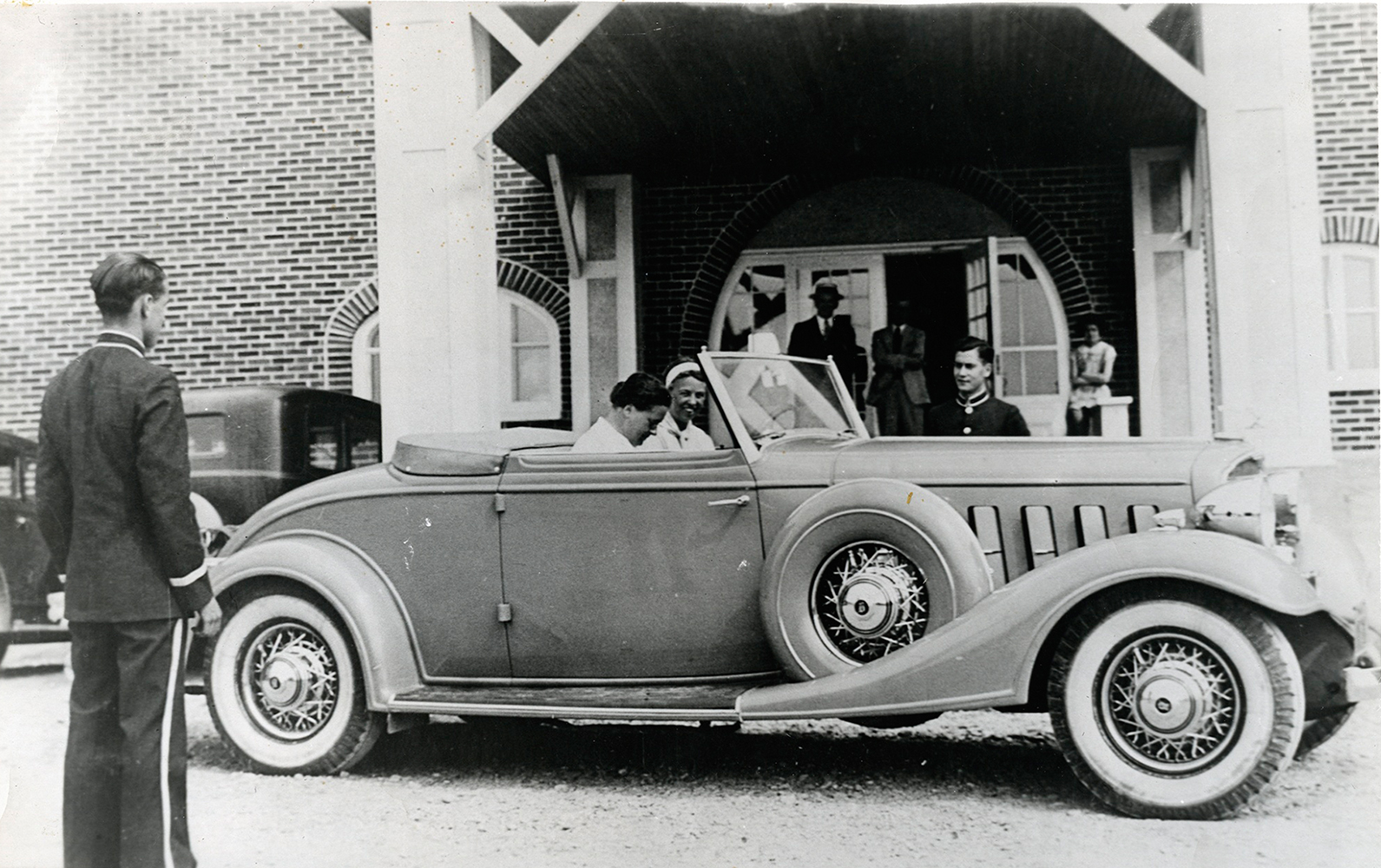 Who is the most famous person to have visited the Gaspé? American presidents Jimmy Carter and George Bush have fished rivers in the region. So too have members of the Royal Family, Princess Louise and her brother Prince Leopold, children of Queen Victoria. Baseball star Ted Williams and hockey player Bobby Orr were regular visitors to the Cascapedia River.

Probably the most famous visitor to the region was Eleanor Roosevelt. The wife of American president Franklin Delano Roosevelt, Eleanor Roosevelt was famous in her own right as an outspoken defender of women and the downtrodden.

Roosevelt travelled to the Gaspé in 1933 with her friend Lorena Hickok. After stopping in Quebec City to meet the Lieutenant-Governor and Premier Taschereau, her Gaspé tour was mostly done incognito. Without secret service for protection – they carried a gun (without bullets) in their glove compartment, Roosevelt drove the blue Buick convertible herself. Hotel owners recognized their famous visitor and would later advertise “Eleanor Roosevelt Slept Here” to their clients as a badge of pride.