La Société de sauvegarde du patrimoine du Grand-Portage was headed by Philippe Lagacé, a member of the town’s chamber of commerce. He and his colleagues—four members of the Société d’histoire et de généalogie; three municipal councillors, including the mayor and the director of leisure activities; and Denise Laforest, member of the Tourism and Conference Bureau—set out to bring the manor back to life. 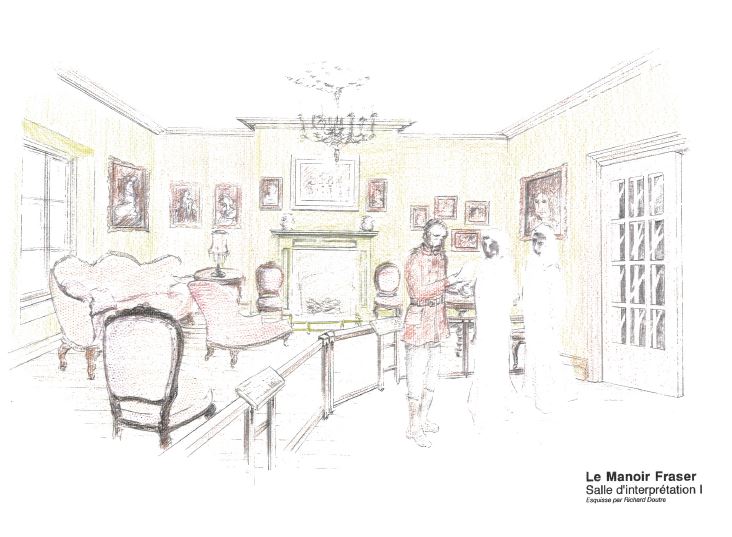 A sketch of a room for public viewing at the Manoir, circa 1994.

The Société de sauvegarde gave new momentum to the work started by the previous committees, and continued the collaboration with the city of Rivière-du-Loup, The Canadian Heritage of Quebec, and the Quebec Ministère de la Culture et des Communications. The intention was to recreate Manoir Fraser as it was in 1888, and to give it a tourism vocation.

Furthermore, the Manoir was to become a beacon—a symbol of Rivière-du-Loup and its history. The members of the conservation committee emphasized its symbolic importance. As its Vice-President Denise Laforest said, “Paris has its Tour Eiffel, Québec has its Château Frontenac, and Rivière-du-Loup will have its Manoir Fraser!” 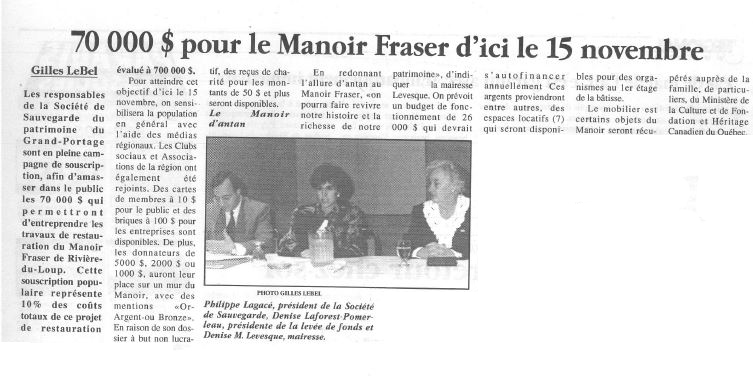 Newspaper article from 1994 concerning the financing for the Manoir Fraser restoration project.

Yet the amount of money needed for the restoration was considerable. The Canadian Heritage of Quebec, the Quebec Ministère de la Culture et des Communications, and the city of Rivière-du-Loup were prepared to help fund the restoration, on the condition that $70,000 of the $700,000 required for the work would come from the local milieu. 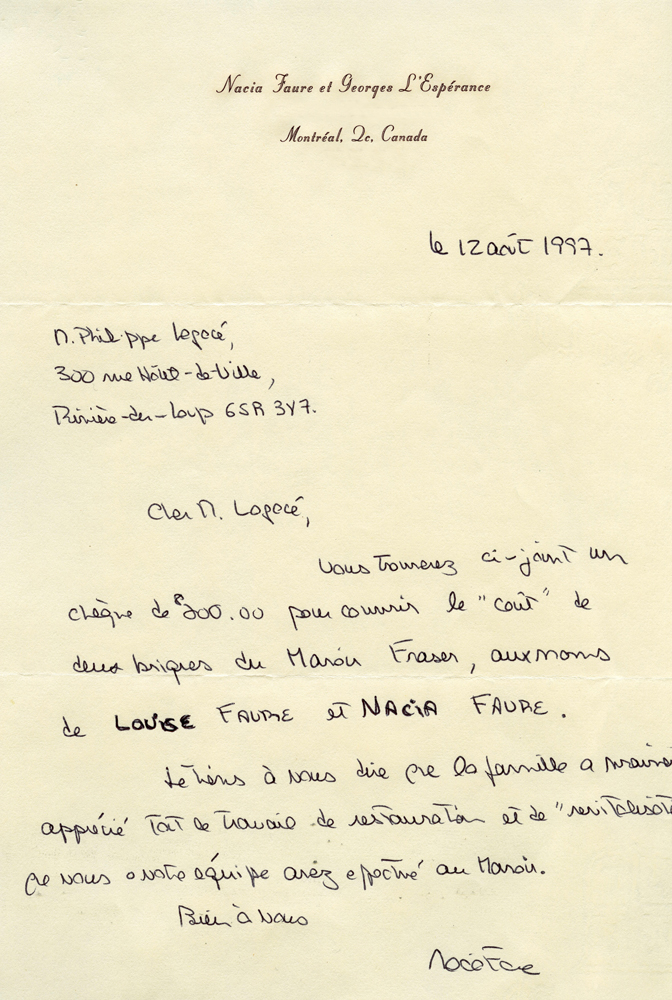 Letter written by Nacia Faure to Philippe Lagacé in 1997.

Citizens, businesses, and associations contributed by “purchasing” manor bricks. In only a few months, the goal was reached. The restoration could finally begin!

The city gets involved The restoration of the manor begins