On May 7, 1829, Alexandre Fraser, seigneur of Rivière-du-Loup since 1802, ceded a lot on his domain to Timothy Donohue, a local lumber measurer. By the following year, Donohue had built a neo-classical timber-beam (the Quebec-style pièce-sur-pièce) house on it. The pine log house was twelve by nine metres. It is pictured below in a watercolour by artist Edwin Whitefield, painted in about 1850. This watercolour is the only document that shows the house before its enlargement decades later.

The house built by Timothy Donohue is shown on the far left in this watercolour by Edwin Whitefield, circa 1850.

In 1834, after living for several years near Lac Témiscouata, Alexandre Fraser returned to Rivière-du-Loup, with his second wife and their children. He bought back his property from Timothy Donohue and moved in with his family. As seigneur, Fraser was the landlord of the estate (the Seigniory) that was divided among locals (habitants), whose plots were granted under a royalty system. Now that it was the seigneur’s residence, the house gained in importance.  But Alexandre Fraser didn’t only live there, he ran the business of his Seigniory there as well. His home was the administrative hub of the entire Seigniory of Rivière-du-Loup, and that is how the modest house became a manor.

Today, the seigniorial manor is located at the intersection of Rue Fraser and Côte Saint-Jacques, the entrance to the old section of Rivière-du-Loup. 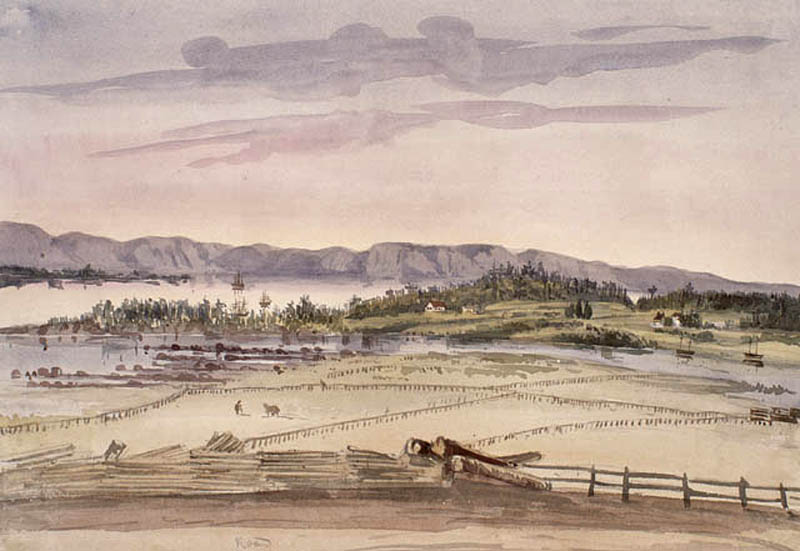 View of the inlet of the Rivière du Loup, by Henry Hugh Manvers Percy, painted between 1838 and 1840.

The sixth and final manor