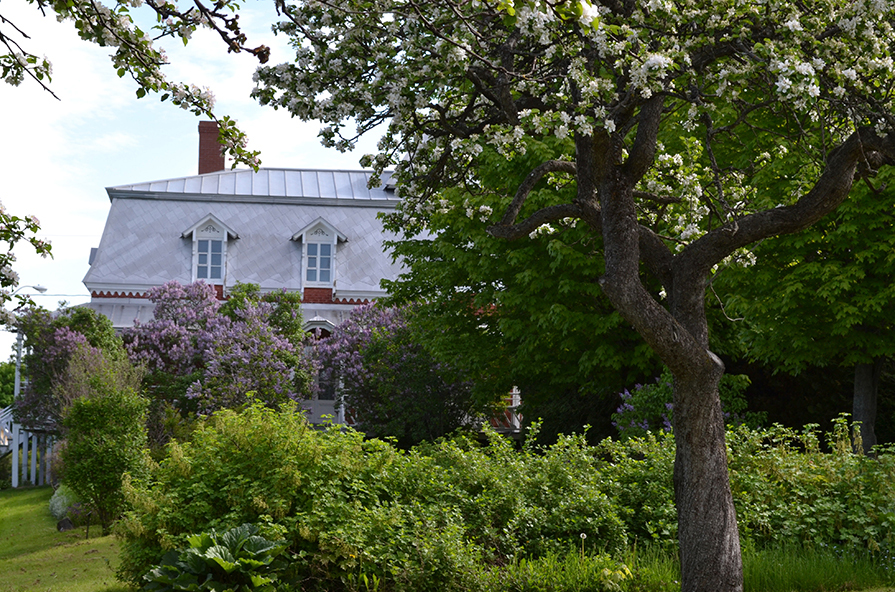 Two years later, with the manor coming back to life inside and out, it was time to revive the gardens as well. This was the second phase of Manoir Fraser’s revitalization. The members of the Société de sauvegarde du patrimoine du Grand-Portage felt that the house should not be separate from its gardens, which should also be open to the public. 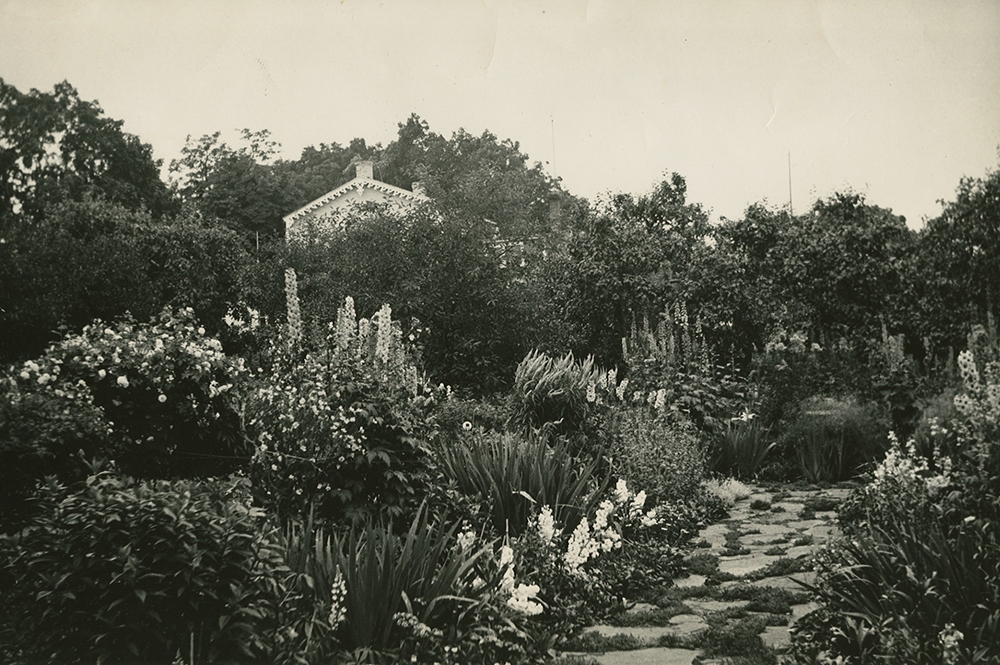 When the Fraser family lived at the Manoir, the grounds contained a flower garden and a kitchen garden, as well as an orchard with apple, plum, and cherry trees. 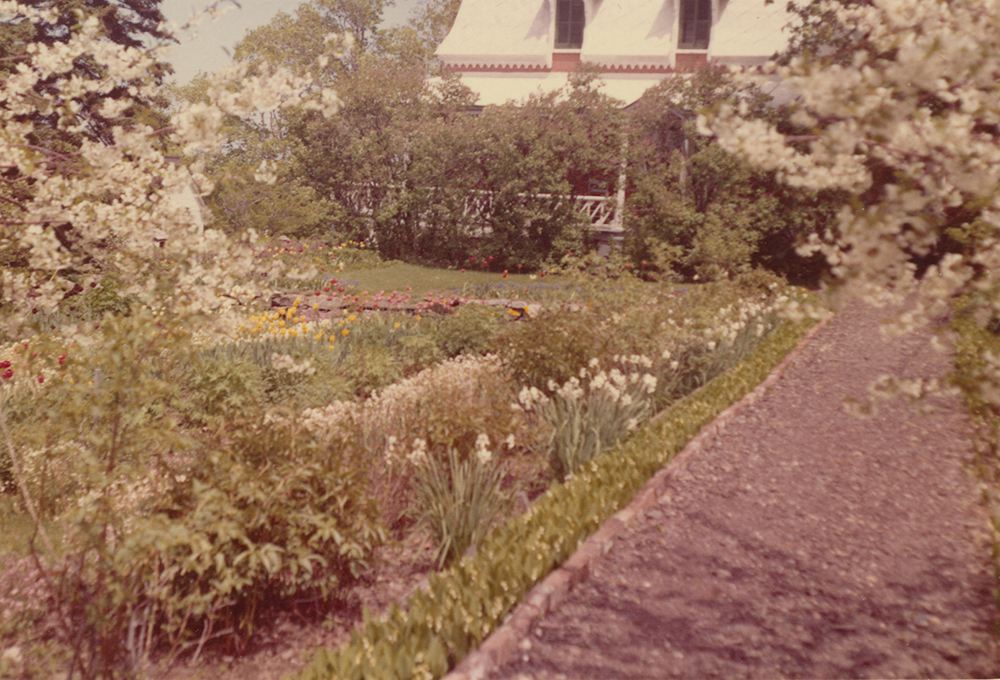 The flower garden around 1960.

After studies were carried out on the site, the flagstone walkways were replaced in the flower garden and on the promenade. Abandoned throughout the 1980s, the gardens became colourful and alive again in spring and summer, with dozens of flowers and shrubs, including peonies and roses. New fruit trees were planted in the orchard among the old apple trees. A vegetable garden with heritage varieties was added in 2013 and is still being cultivated. 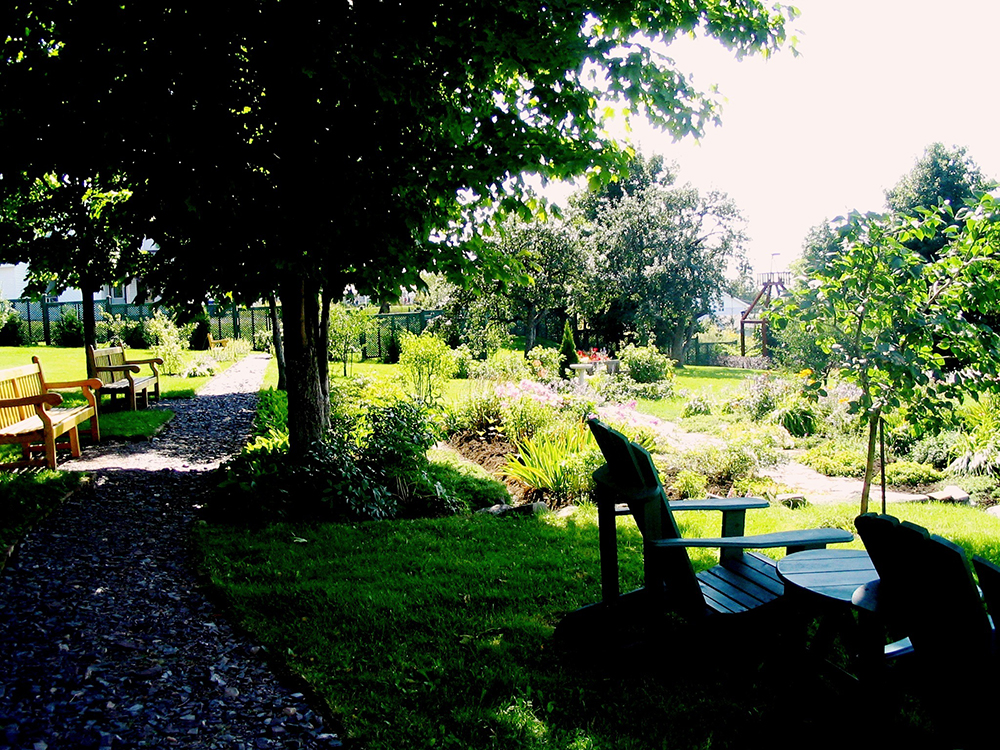 The gardens of Manoir Fraser in 2006.

Walking on the wide veranda that wraps around the house, visitors can admire the gardens on the property, just like when the Fraser family lived here.