Since the 1980s, many citizens of Rivière-du-Loup have rolled up their sleeves for the cause, all on a volunteer basis. The property, on a commercial road, had been in the sights of several local developers. Some of them had even proposed that the Manoir be demolished to make way for a car dealership! 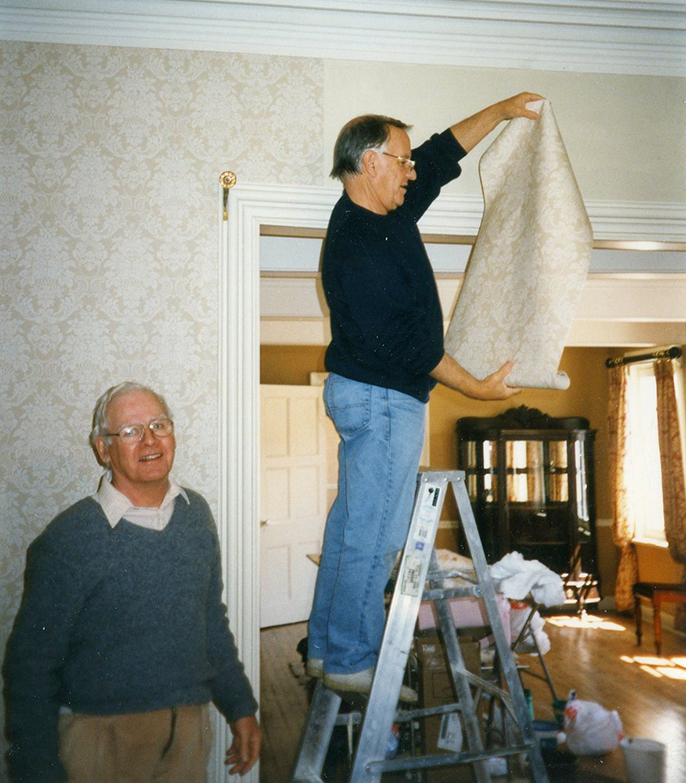 In 1997, Jacques Bérubé and Jean-Denis Caouette put up wallpaper in the drawing room.

Volunteers helped the Société de sauvegarde du patrimoine du Grand-Portage on several levels, including fundraising, supervising the restoration work, and defining the concept of historical interpretation in collaboration with the Bergeron Gagnon firm.

When the manor was opened to the public, the efforts of citizen volunteers continued. Several of them assisted the guides. Costumes were made, and to the visitors’ delight, Francine Lagacé even put on period clothes to personify Anaïs, William Fraser’s wife. 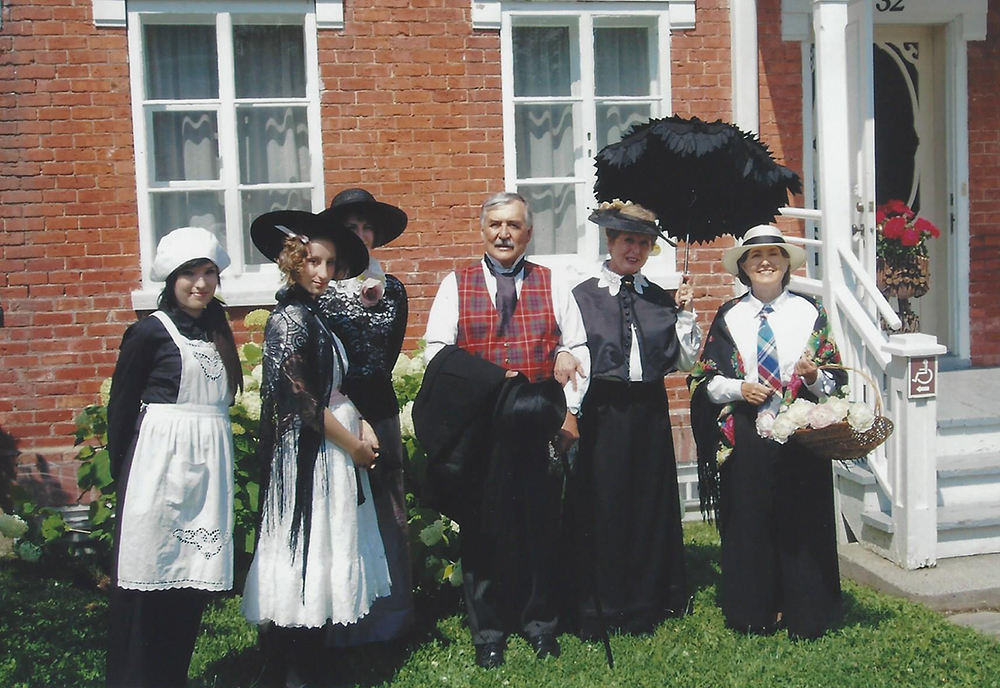 The Fraser family: William Fraser is in the middle. His wife Anaïs holds a parasol and a friend of hers holds a basket. On William’s right, Alice Fraser stands in front of a friend. The maid is on the far left in the photo, which dates from around 2009.

Looking back at the whole process, it seems that most of the citizens involved in the effort to save and restore the manor felt that they had a mission, almost a responsibility, to safeguard its future. As Philippe Lagacé said in 1999, “The manor is a historical site that belongs to everyone. It’s up to us to watch over it and ensure its growth and development.” 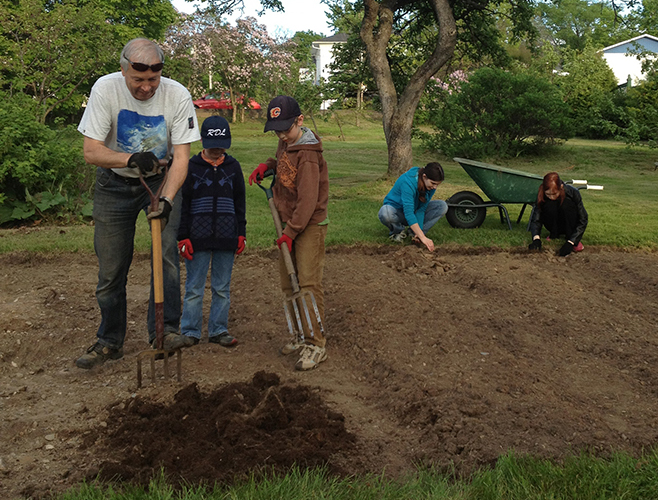 The gardens bloom anew Manoir Fraser : a legacy that lives on