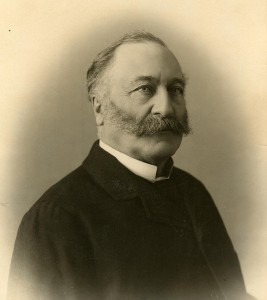 Photo portrait of William Fraser, circa 1900.

In 1888, Alexandre Fraser’s son William, who occupied the manor at that time, decided to enlarge the building. The seigniorial system had been abolished in 1854, but as an important landowner of the town—called Fraserville then—William was part of high society. He wanted to live in a prestigious residence that reflected his status.

William asked Georges-Émile Tanguay, an architect from the city of Québec, to plan the transformation of his manor.
When finished, the façades, originally neo-classical style, comprised a mixture of Victorian architectural elements. 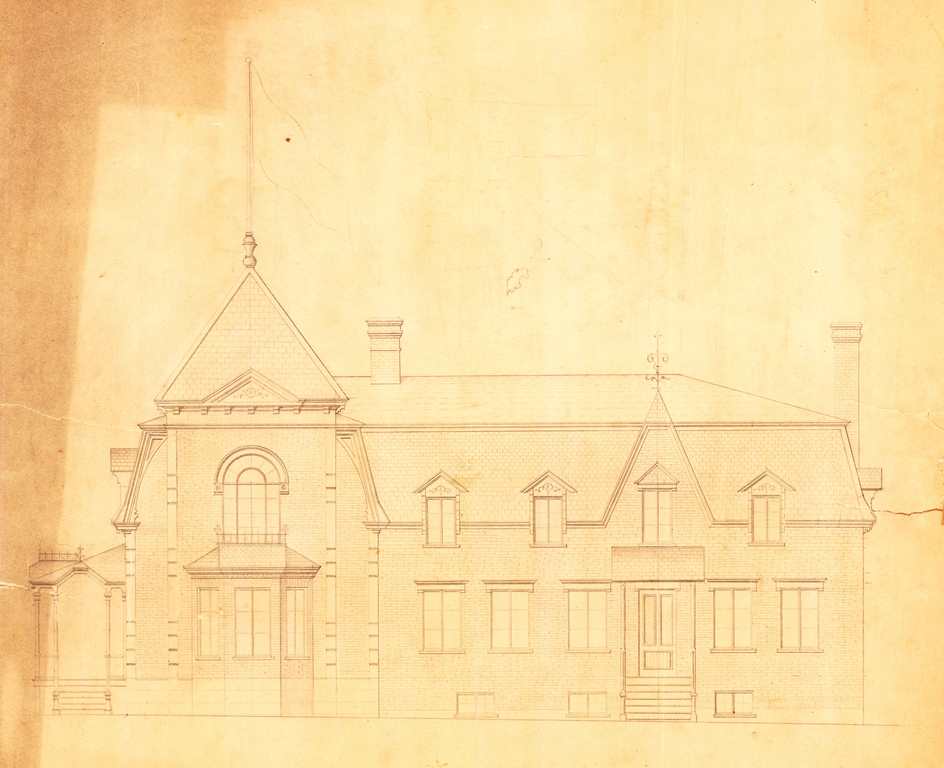 Plan of the façade of Manoir Fraser, drawn in 1888.

On May 25, during the expansion, Fraserville’s newspaper, Le Progrès, declared that the refurbished manor “will undoubtedly be one of the ornaments of our city. Although unfinished, it attracts everyone’s attention.” Even before the work was done, the manor was already the pride of the town! 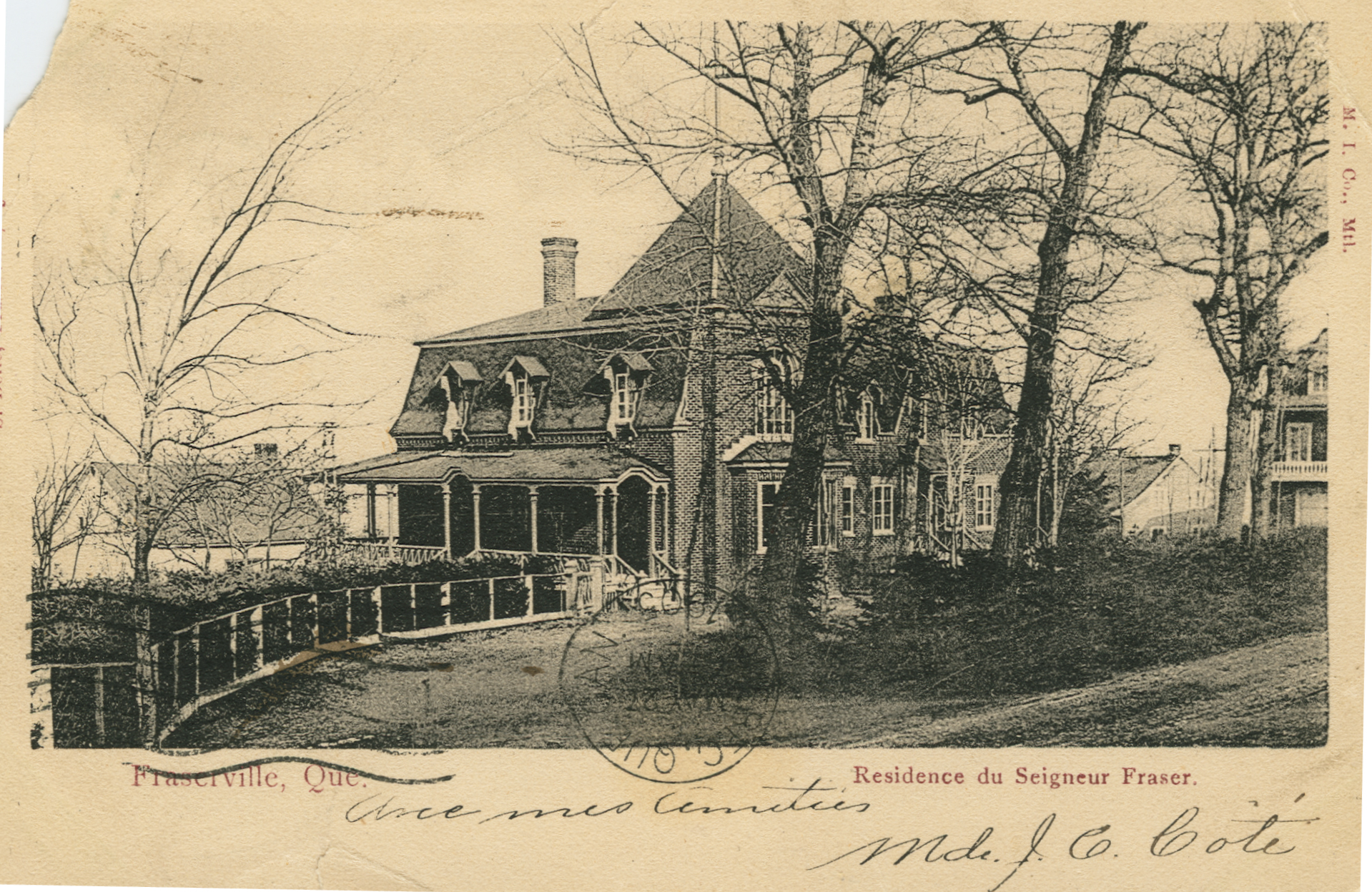 A pre-1905 postcard of Manoir Fraser after the enlargement.

With the renovations of 1888, the modest wooden house took on the popular styles in vogue in William Fraser’s era.