The Manoir was getting old. As the years passed, it became increasingly expensive and difficult to maintain. As early as 1970, the Frasers began to think of giving up the house, despite the family’s strong attachment to it.

Aware of the importance of the Manoir and its occupants to the history of the area, the family wanted it to be preserved and were afraid it would be destroyed. Hearing rumours of a sale, the people of Rivière-du-Loup shared the family’s concerns. 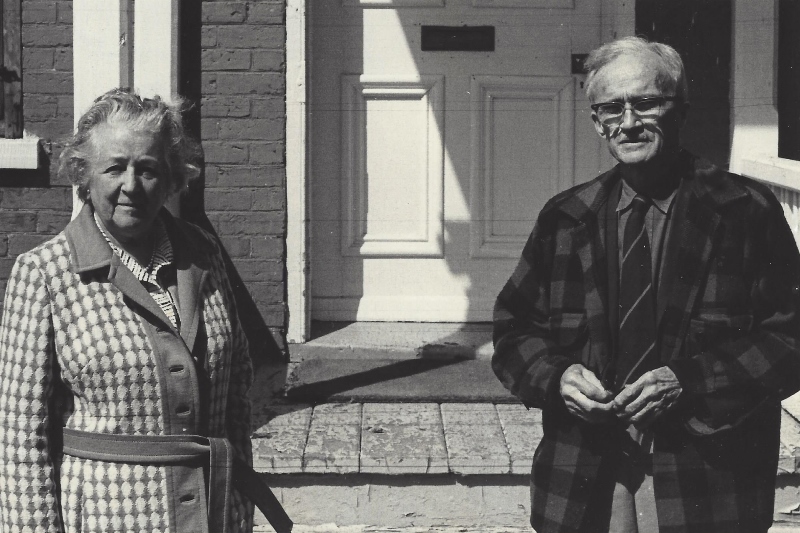 Discussions about heritage preservation were held with the Macdonald Stewart Foundation in 1973 and 1974 without an agreement being reached. Discussions then began with The Canadian Heritage of Quebec (CHQ), a not-for-profit, non-governmental organization run by volunteers, dedicated to conserving dozens of heritage properties in the province of Quebec.

Newspaper article about Manoir Fraser, circa 1979.

Finally, in 1979, a solution was found: the family sold the manor to The Canadian Heritage of Quebec. This was the organization’s first step toward protecting and conserving the manor. Thérèse Fraser Lizotte was allowed to continue living in the house, and like before, she came every summer. During the 1980s, she would even invite curious passersby to come in! She took great pleasure in showing them the manor and telling them about her family history. 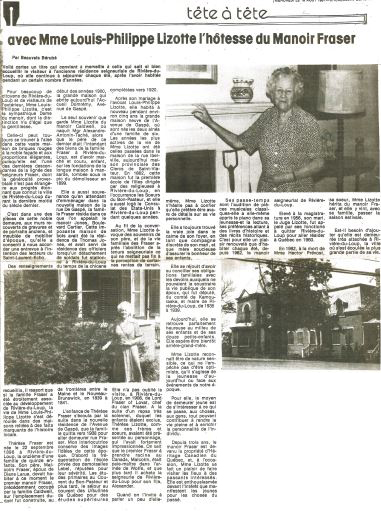 This arrangement came to an end when Thérèse died in 1986. That year, the Fraser family left the manor for good.

Summer memories at the Manoir A vacant manor and worried citizens