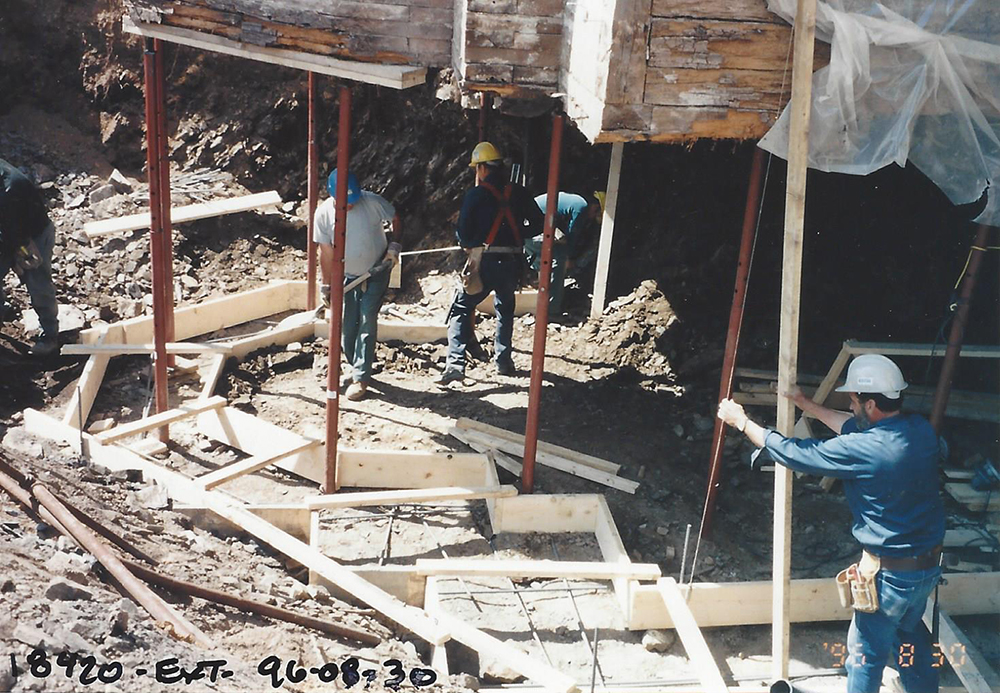 Rebuilding the foundations in 1996.

Restoring the manor to its former condition required major work both inside and out. It was high time to begin!

Watch the video and its transcription

Engineering company Roche Ltd., Consulting Group was hired to oversee the work. During the three years of the renovation adventure, all sorts of skilled tradespeople—roofers, plasterers, carpenters, plumbers, and electricians—were coming and going on the site.

For the exterior, a new roof was built, repairs were made to the foundation, the mortar in the brickwork was redone, and the windows and the big veranda were restored and repainted. Anything in good condition was preserved, and new elements were meticulously integrated using traditional techniques. 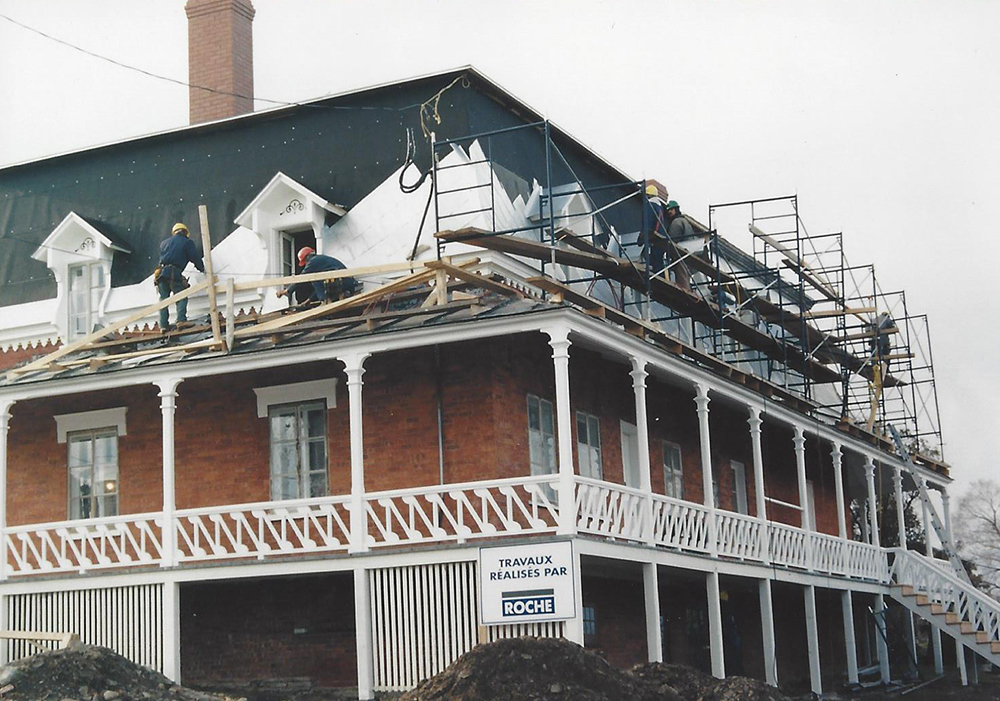 Inside the manor, the walls were carefully stripped, revealing the layers of wallpaper that had covered them when the Fraser family had lived there. The walls were then repaired and all the rooms repainted. The imposing plaster ceiling rosettes in the entrance hall and the drawing room were recreated. Finally, a few modern fittings needed for the manor’s new vocation as a tourist site were installed, including a new heating and ventilation system and accessible public washrooms. 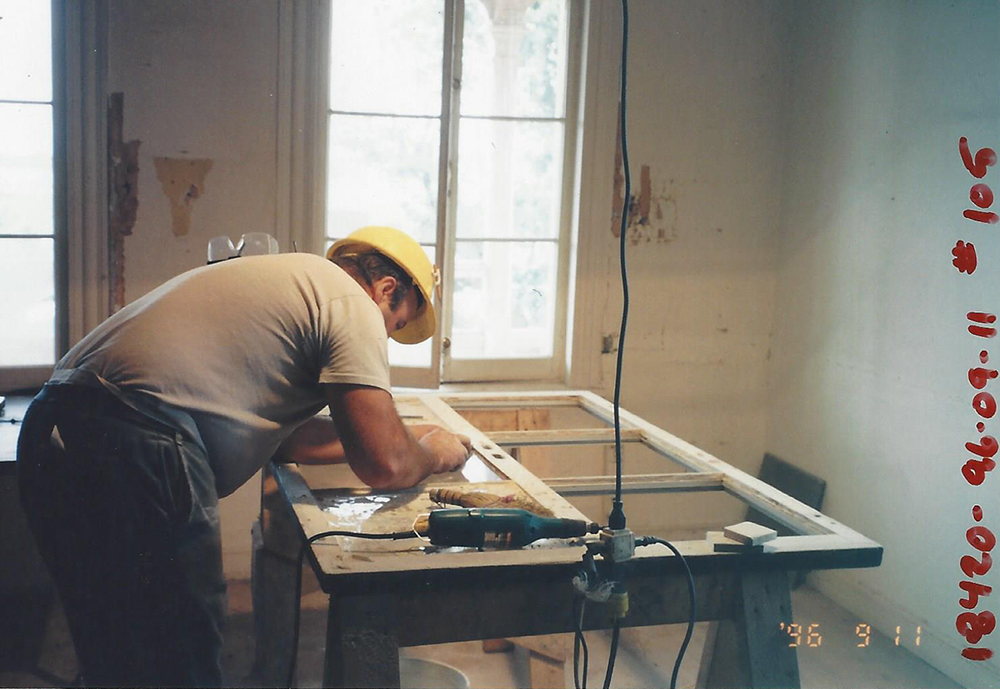 Restoring the windows in September 1996.

The construction, renovation, and restoration work overseen by Roche Ltd. ended on July 18, 1997. After months of toil, the manor had finally regained its glory and was ready to be decorated in period style. 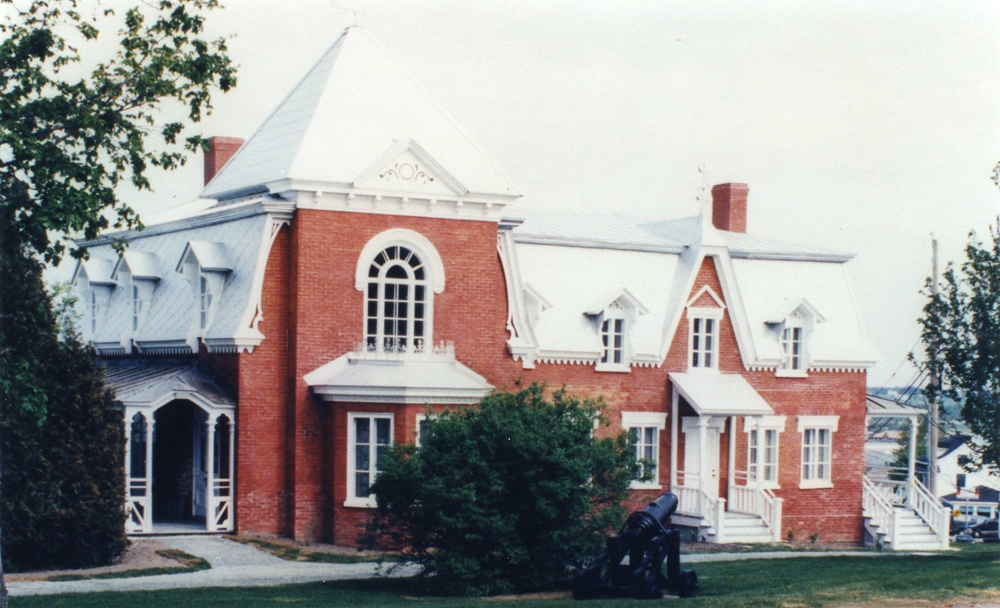 Manoir Fraser, after the restoration, in 1997.

Citizens on board! Bringing back the soul of Manoir Fraser