We begin our story with a quick overview of life and education on the Kingston Peninsula in south western New Brunswick as the twentieth century begins.

Map of Kingston Peninsula formed by two rivers that flow southwest into Saint John harbour and the Bay of Fundy. 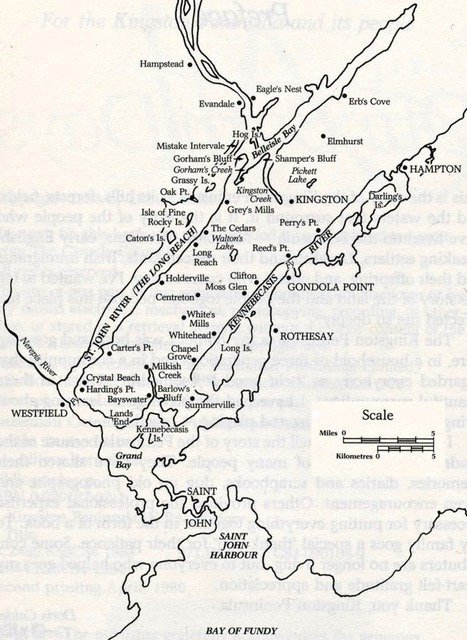 A three quarter mile (1.2 km) long  causeway with a drawbridge joins the Peninsula to the mainland. 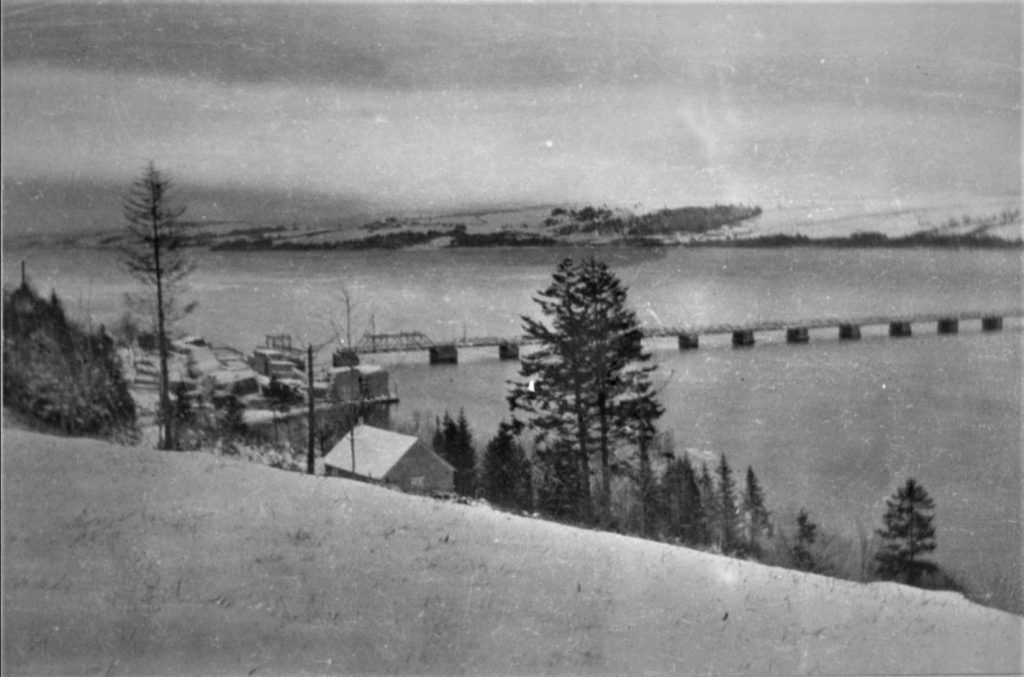 Most river crossing is by ferry or ice road. 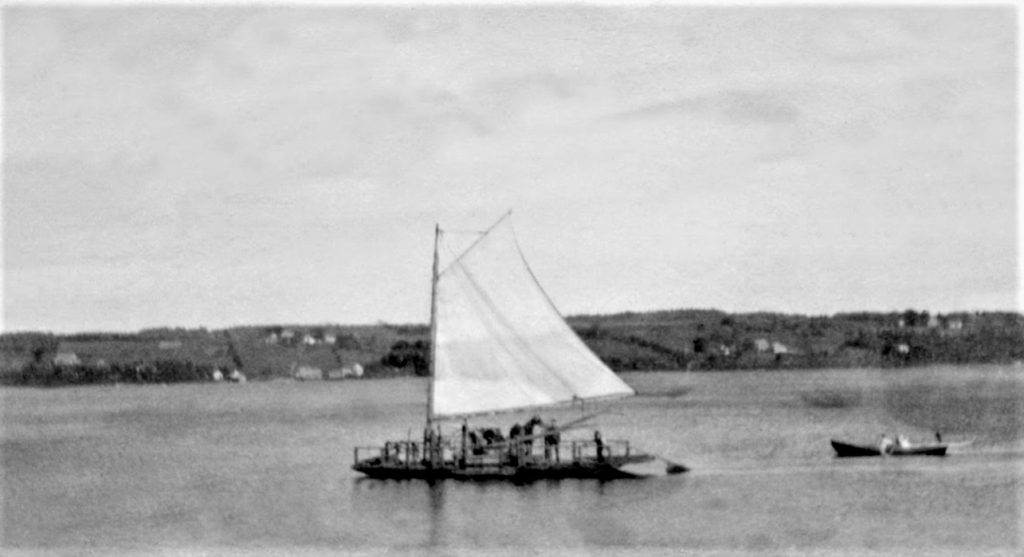 When the ice is gone, riverboats move people and cargo to larger centers like Saint John and Fredericton. 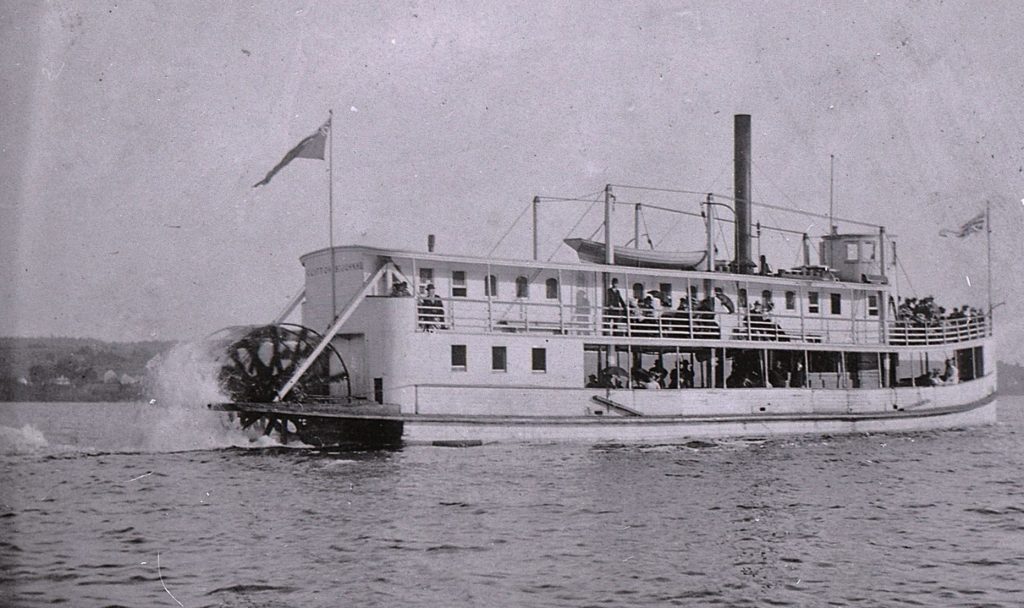 One of several river boats servicing the Peninsula

Overland travel on unpredictable roads and trails is often difficult. 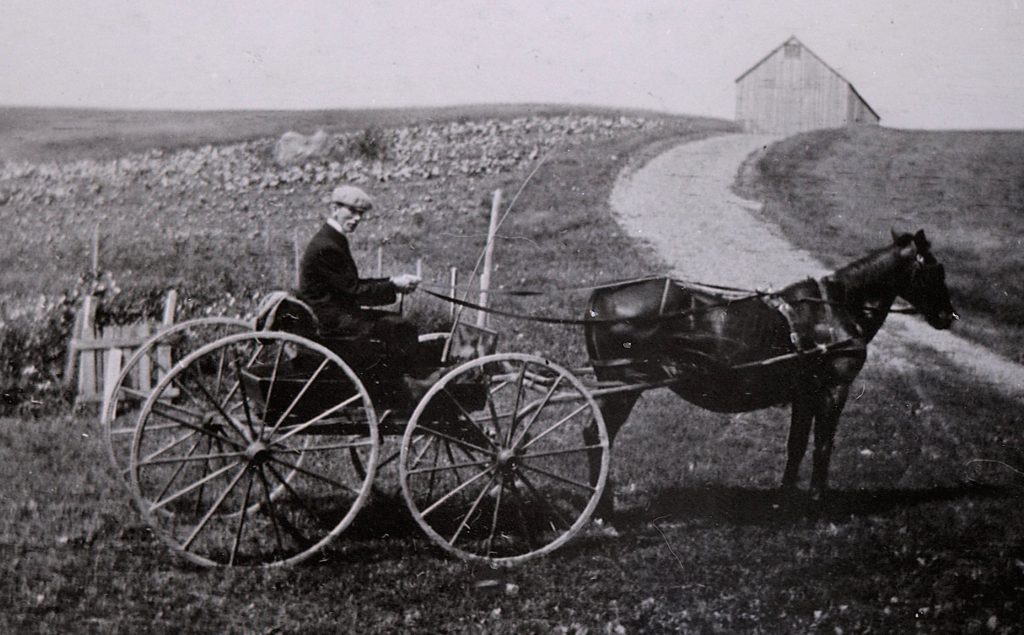 Most people make their living in seasonal work.  Farming, lumbering, and transporting people and products along the river system are most common. 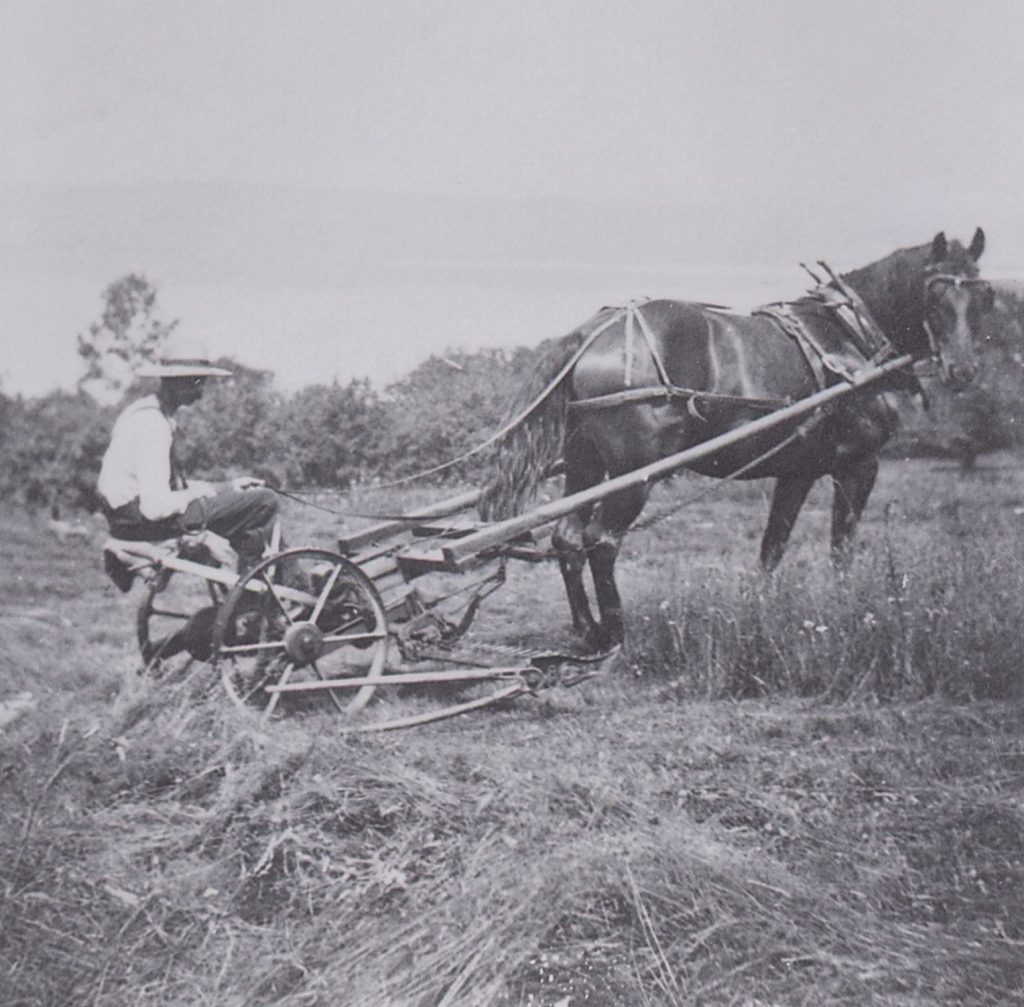 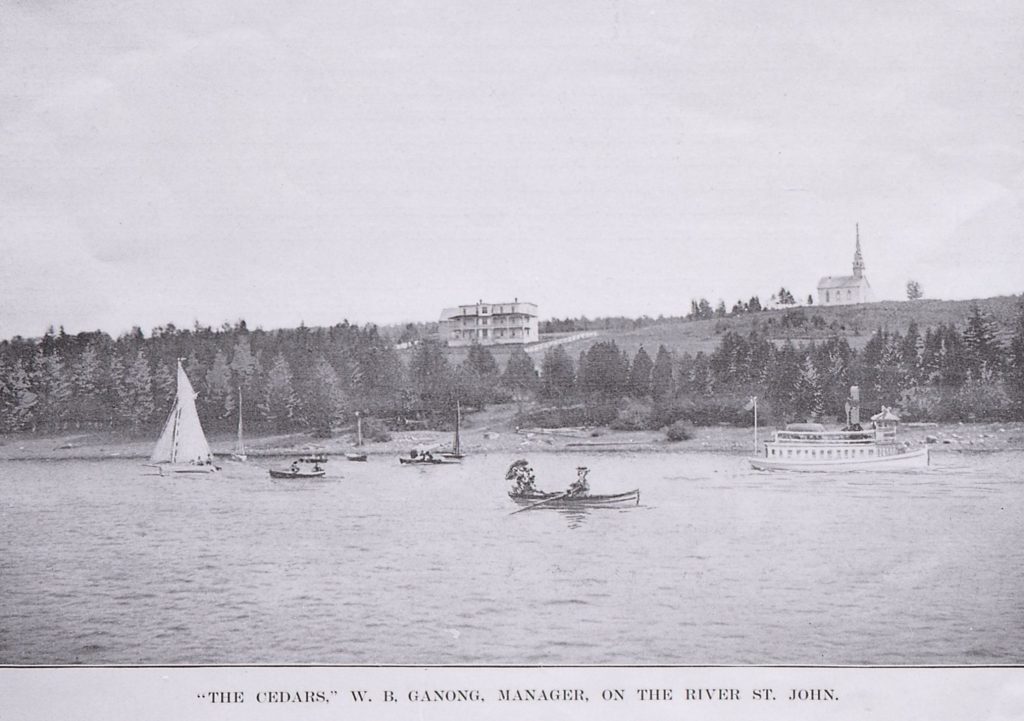 Summer brought recreational visitors to family owned and operated hotels and inns along the waterfront.

What education is available to rural youth happens at home or in a one-room schoolhouse. If there is a local school, students make their own way to it and home again. Each school is considered an independent district by the province. Parents must pay most of the construction and operating costs. The building is likely made of bare boards with no insulation. In winter the wood burning stove that sits in the center of the room is the only source of heat. Wood for the stove is sometimes green and burns poorly. There’s a cup in an open pail for drinking water. Toilet facilities are an outhouse that may also contain unwanted critters. Attendance varies with the season, the family’s labour needs, and their ability to pay for their children to attend. 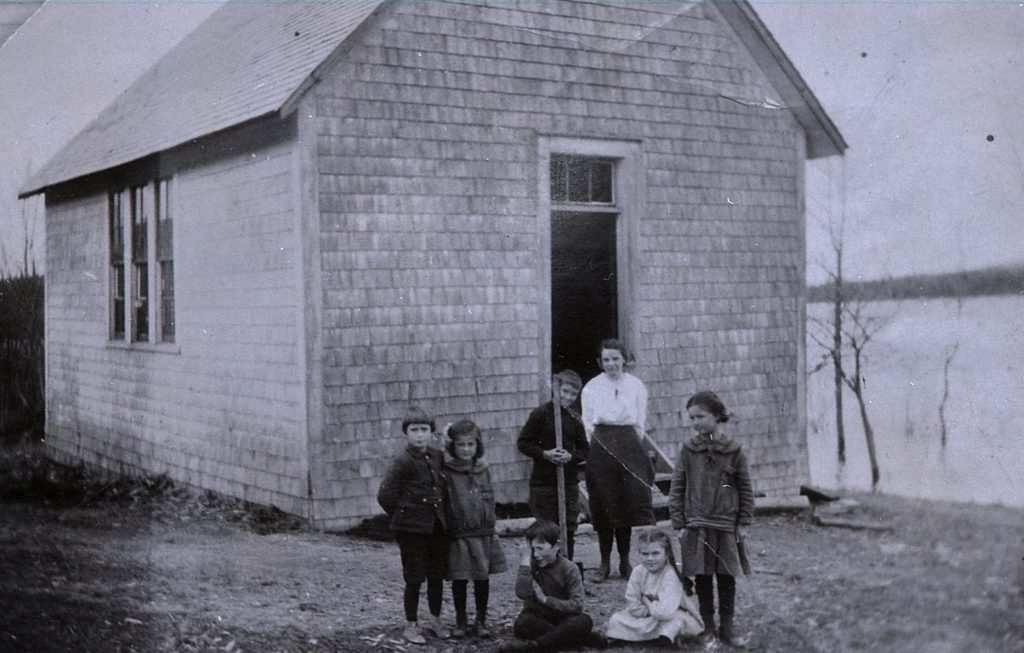 The teacher is usually a woman. She is paid less than a man would be. Room and board is often part of her small salary. She is provided with only the most basic educational tools and must teach youth of all ages and varying abilities in one room. Turnover among teachers is high. There are often vacancies.

Read our story to learn how and why the Kingston Peninsula becomes the leader in the drive to improve the quality of education in early twentieth century rural New Brunswick.