On the evening of Sunday, March 14, 1909, the janitor lights the furnaces at 8:00 p.m. in preparation for classes to begin the next morning. He leaves the building at about 10 p.m.  A short time later, flames are seen coming from the building at some distance from the furnace room.  The model school burns to the ground in 90 minutes. Only the van shed remains. The cause of the fire is never determined.

For a time, many think that the school will not be rebuilt. There is not enough insurance money to replace it. It may no longer be needed.  There is a new consolidated school now open in the neighbouring village of Hampton.  The bridge at Perry Point has washed away in a flood earlier in the year.  The students from the Jubilee district can no longer reach Kingston easily so their one-room school is reopened. Of course, there have always been those who preferred the more local one-room system.

The majority of the population does, however, support rebuilding the school despite the fact that their taxes are doubled as a result. In the end, with the insurance and help from Macdonald and the province, a more modest MCS is rebuilt at the same location. 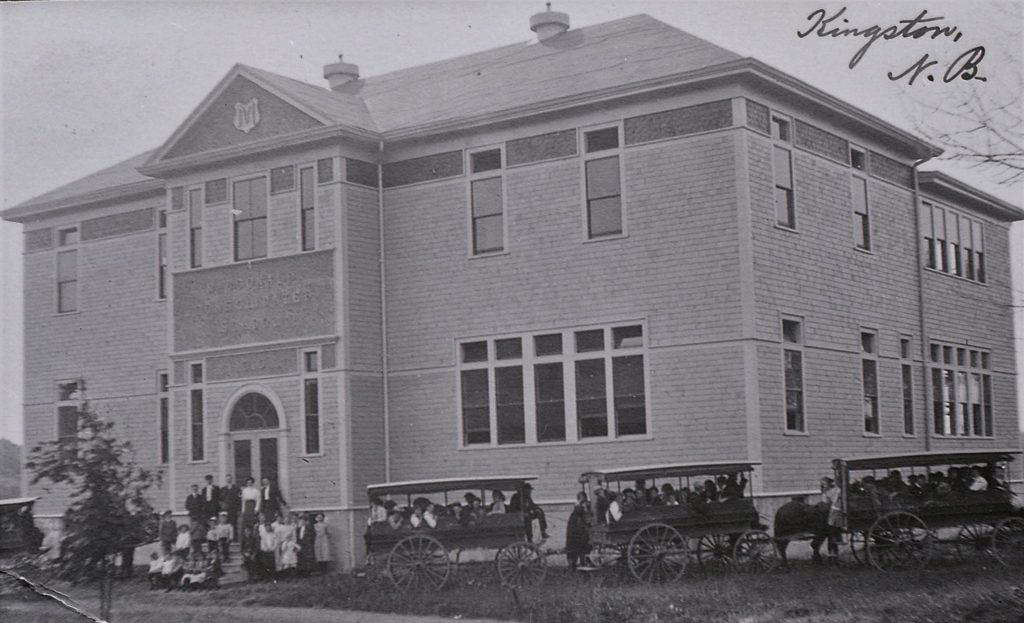 In years to come, students from that first school start a tradition that will last for 75 years and may yet continue. Learn about the first and last MCS reunion later in the story.

What do students think? Changes