Sir John A. Macdonald was a driven man, which is to say he was always occupied and rarely idle, even while on vacation. 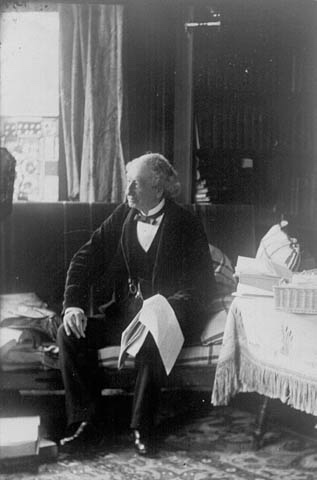 He was ambitious and single-minded in his pursuit of his political dreams. Time spent away from Ottawa during the years that he was governing the country (the years 1867 to 1873 and from 1879 to 1891) would always require an entourage including his private secretary, sometimes his doctor, and often a messenger as well.

He would work in the mornings and read periodicals and write letters in the afternoons. 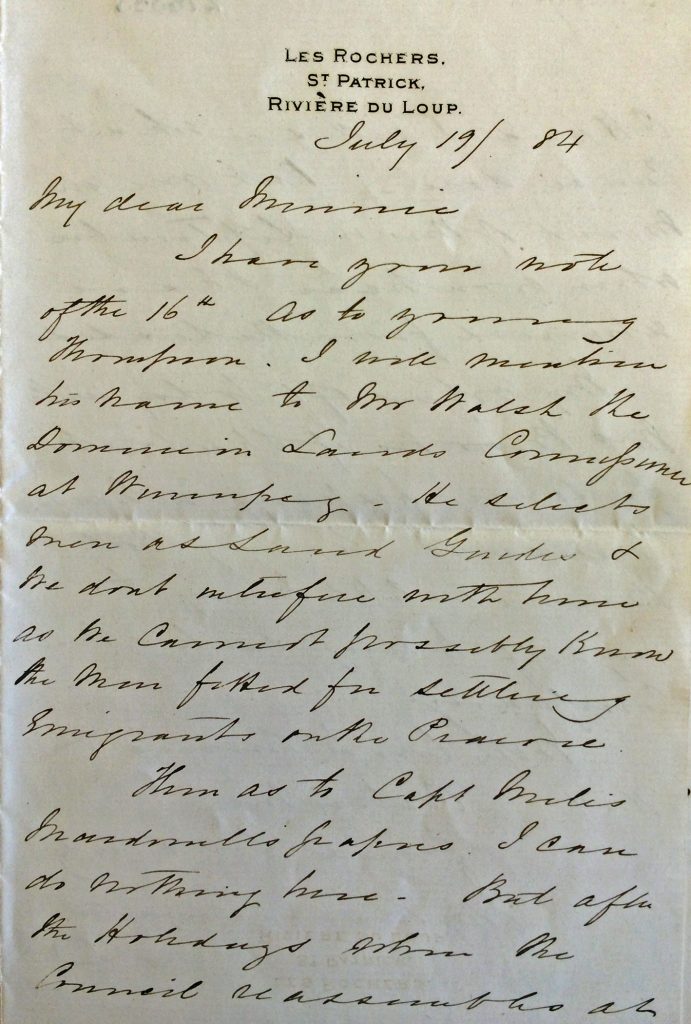 In spite of his heavy schedule, just as he did at home in Ottawa Sir John A. Macdonald would play cards to rest his mind in between intense sessions of work.

He played games of patience several times a day. According to Sir Joseph Pope, he often made Ministerial vehicles, Ministers, carriages, colleagues and friends wait until he’d finished a card game.

Another thing Sir John A. found time to do on his holidays was read stories out loud before dinner to his daughter Mary. 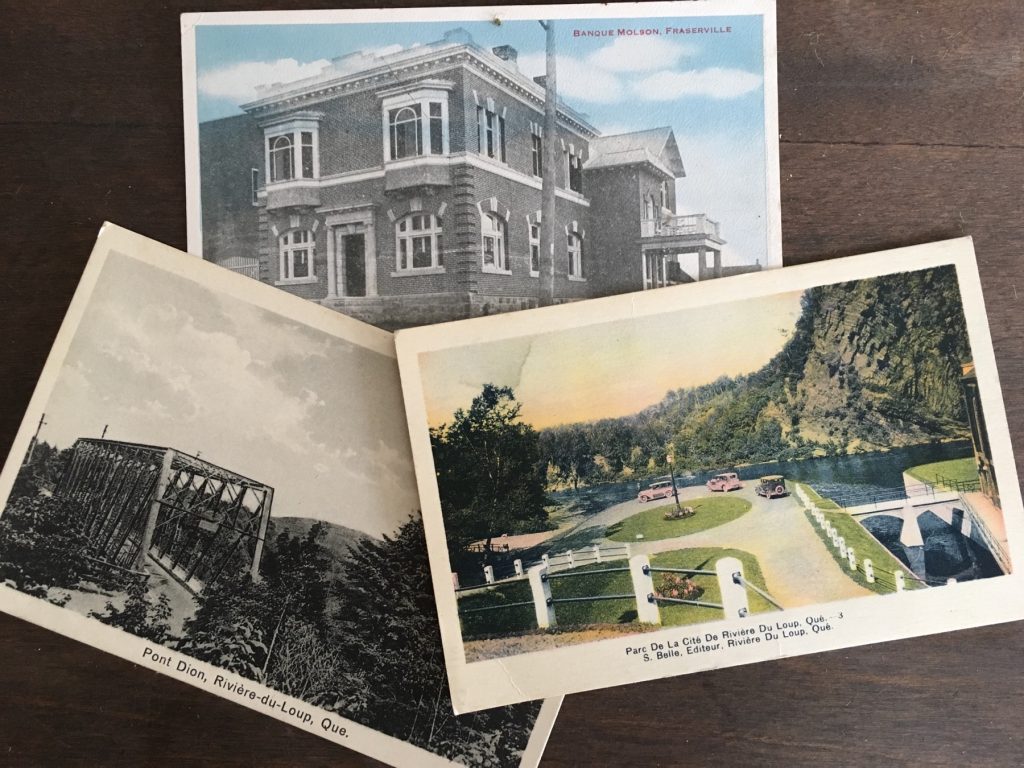 Lady Agnes Macdonald was able to indulge in pursuits such as fishing for trout in the brook, arranging “bathing parties”, lawn-bowling, croquet, picnicking, painting watercolours, or reading.

Young Mary Macdonald would be taken through her exercises in the mornings, just like at home in Ottawa, and in the afternoons she spent time with other girls her age who were invited to Villa Les Rochers to be her companions.

One time Lady Agnes took her daughter to a travelling fair in the village to see the performing bears. The bears were wild animals that had been raised and trained by the Basque people who brought them on their boats to Canada in the summers.

The butcher from Notre-Dame-du-Portage would come to the door and those of the other summer cottages in St. Patrick to sell salted meat to the cooks, who would also buy herring and salmon from the fish pedlar on Thursdays. Maple sugar came wrapped in birchbark and tasted sweet and smokey.

The Macdonalds often hosted guests at Villa Les Rochers, both family and friends. Sometimes in the afternoons, neighbours would drop by and stay for tea.

In the evenings there was often an invitation to the Bate residence to play bezique or whist. Sir John A. Macdonald always declined, but Lady Agnes often accepted. 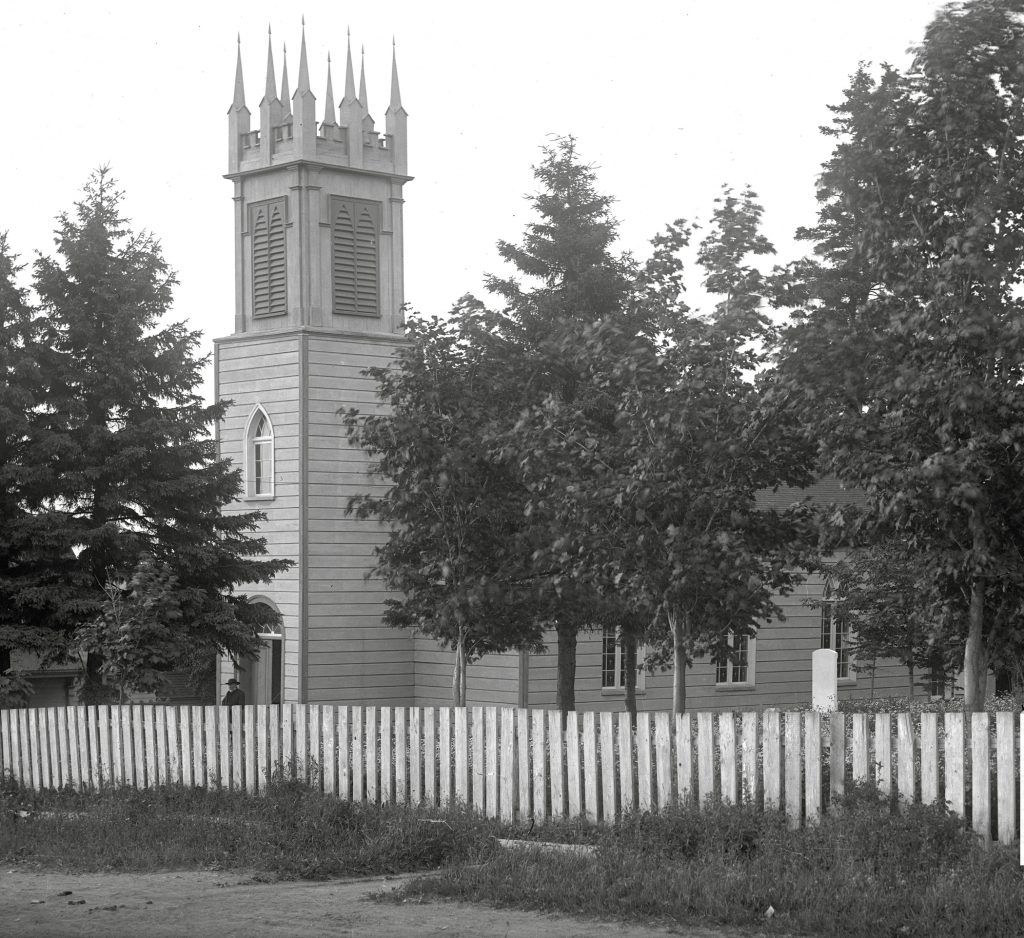 The family and their guests attended services at St. Bartholomew’s Anglican Church every Sunday morning; Lady Agnes Macdonald patronized all the church entertainments and was kept busy volunteering at their bazaars. 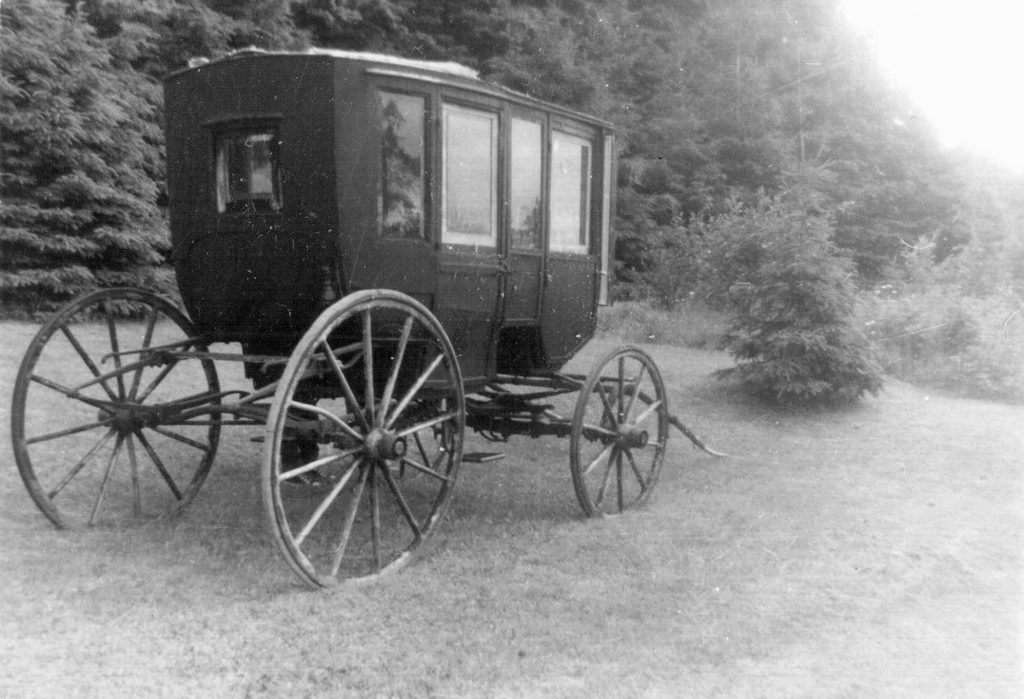 The carriage that was used by Sir John A. Macdonald and his family while staying in St. Patrick was later sold at auction and acquired by Miss Florence Wickham, of Notre-Dame-du-Portage. Photographer and date unknown.

On market days, Lady Agnes Macdonald and her cook would take the one-horse carriage and drive to La Pointe in Rivière-du-Loup where “les habitants” (the inhabitants) sold wild berries, fresh eggs and vegetables to “les étrangers” (the strangers), as they called the English summer visitors.

All their other supplies would be purchased from Joseph Viel’s store on rue Lafontaine.