In the second half of the 19th century, a combination of factors converged that led privileged city-dwellers to the countryside and to the sea to spend their summers.

One contributing factor was that cities like Ottawa, Montreal and Québec City were in various stages of industrialization and expansion. It was not so hard for the upper social classes to live with these discomforts during the rigorous winters, when the streets were muffled with snow and the weekends booked full with merry socializing.

Summers could be more uncomfortable, with city noises, heat and humidity and foul-smelling sewers. The latter circumstance was especially a problem in Ottawa where the Macdonalds were living. 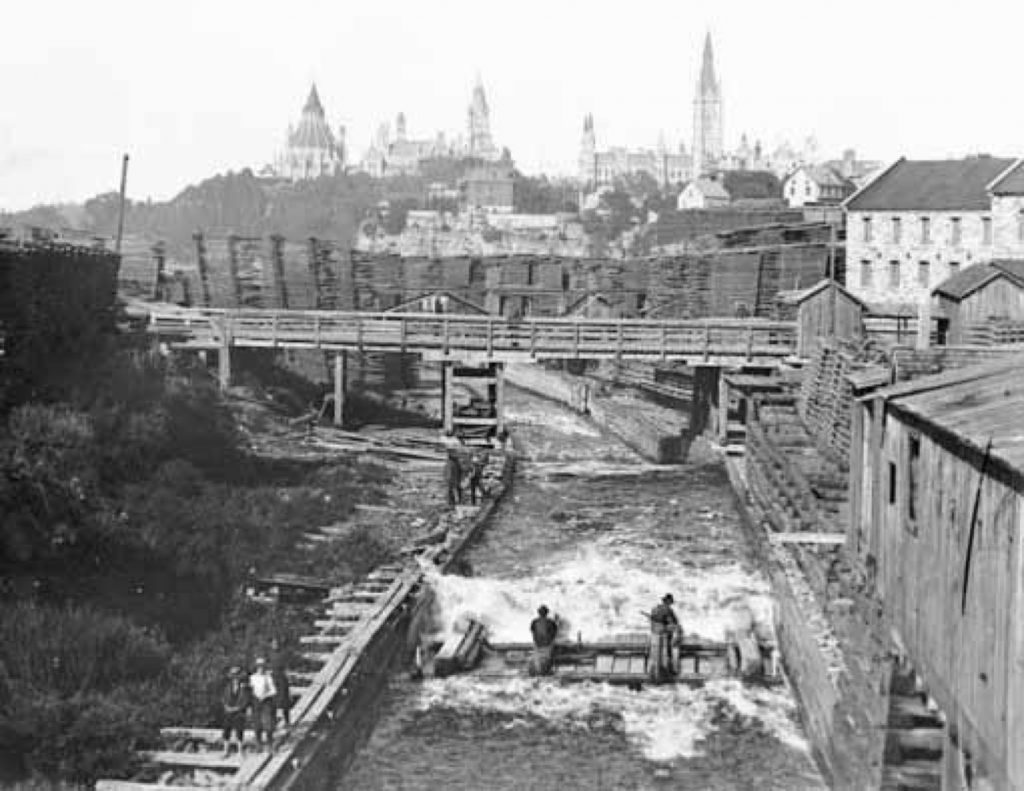 Lady Agnes Macdonald wrote in her diary that Ottawa had “little beauty”, and she noted that even the river and the riverbanks were “disfigured” by piled logs, sawn timber, cones of sawdust.

For her, a holiday at the seaside represented a relief from hectic days in the city hosting luncheon parties and receiving callers, where she complained in her diary that she “belonged to the public”.

Although they had each visited the area during the years before they met, Sir John A. and Lady Macdonald arrived in Rivière-du-Loup together for the first time by train in June of 1870.

With them was Lady Agnes’s mother Theodora Hewitt Bernard, and the Macdonalds’ infant daughter Mary. The family was were on their way to spend three months at Falconwood, an estate on Prince Edward Island, for the sake of Sir John A.’s health. 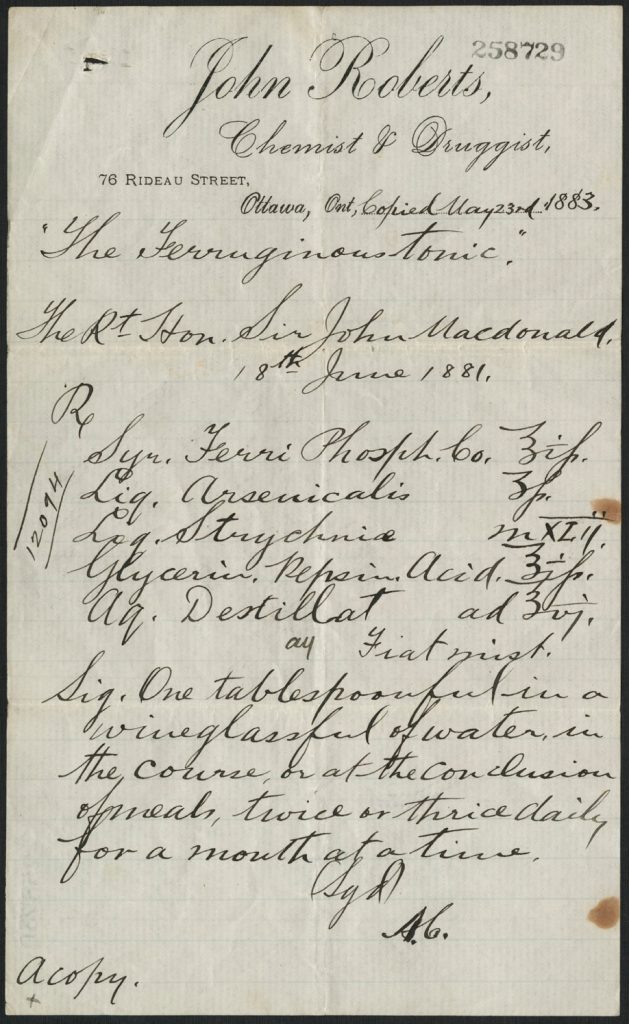 Dr. Charles Tupper, Sir John A.’s physician, had diagnosed him with gallstones and pronounced him to be in critical condition. He had advised the Prime Minister to take a long holiday by the seaside to regain his strength. Dr. Tupper even insisted on paying for it.

The train station in Fraserville (officially designated as Rivière-du-Loup in 1919) in those days marked the end of the line; from here the family would travel by coach, before boarding a steamer to Prince Edward Island.

While Sir John A. rested at the station, Lady Agnes Macdonald and her mother hired a carriage and asked the driver to take them to St. Patrick, four miles west. They liked what they saw of this quiet little agricultural community and its shoreline.

Fathers of Confederation, Governors General and Cabinet Ministers in St. Patrick The History of the Macdonald Family at Villa Les Rochers