One of Sir John A. Macdonald’s campaign promises in the 1870s was that he would have a railway built that would link the country from coast to coast.  Most certainly his experience of regularly travelling by train from Ottawa to Fraserville (designated as Rivière-du-Loup in 1919) and back enabled him to imagine the wider benefits of a national railway.

In the following video, Sir John A. Macdonald’s words reveal the strength of his convictions.

Sir John A. Macdonald talks about the C.P.R. View video with transcript

It was a monumental commitment that would be plagued with problems including a bribery scandal and financial overruns.

Stephen and Smith (also known as Lord Strathcona) hired William Van Horne to be the general manager of the railway. 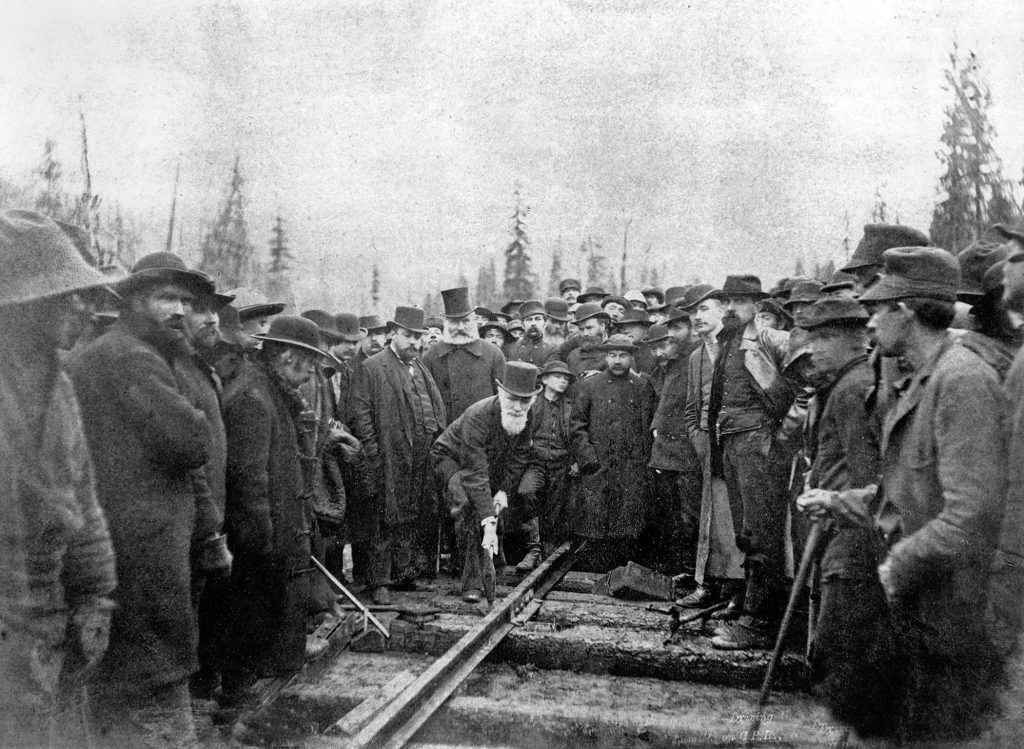 Lord Strathcona drives in the last spike of the Canadian Pacific Railway, November 1885

The railroad line was finally completed in the summer of 1885, and the ceremonial “last spike” was driven in by Donald Smith in November of that year. 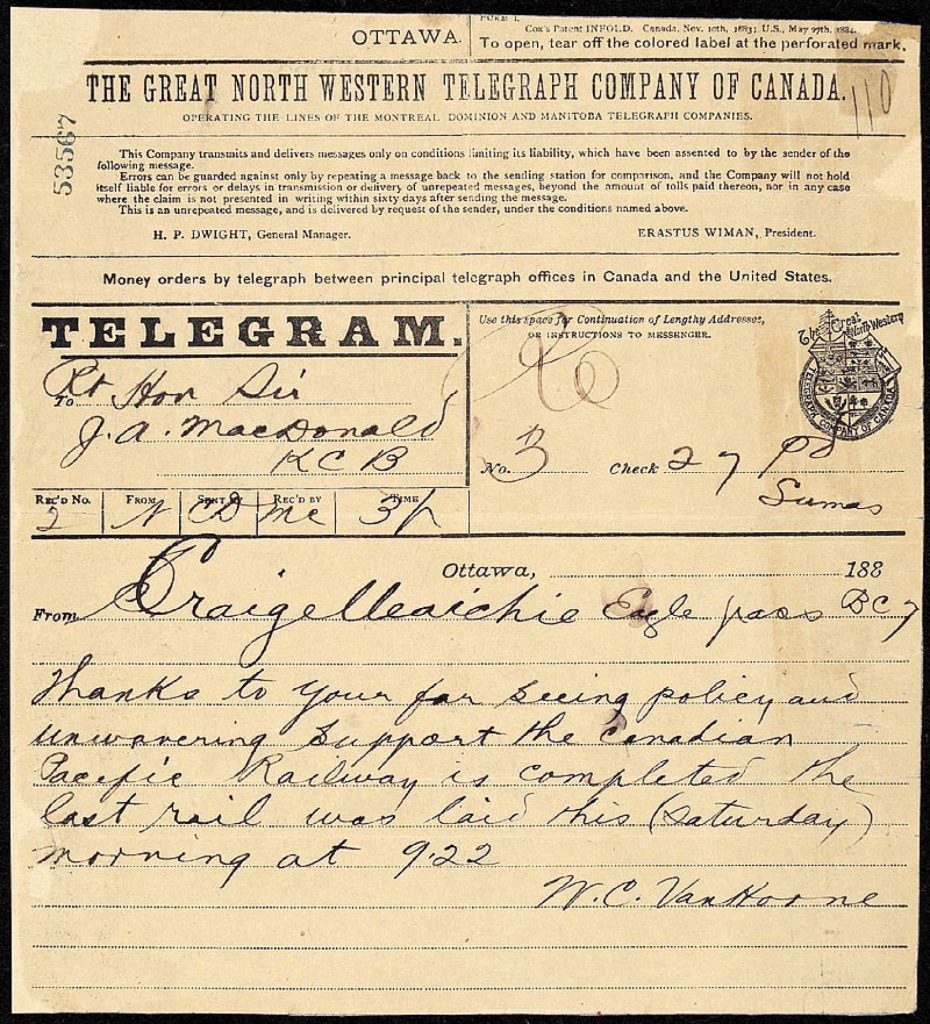 The following summer Sir John A. Macdonald and Lady Agnes were passengers aboard the inaugural trip across the country. The train made several stops at stations where Sir John A. would often address the assembled crowds. In the following video we can hear and imagine what this may have sounded like.

Sir John A. Macdonald speaks from aboard train View this video with transcript

During one of the train’s stretches through the rocky mountains, Lady Agnes insisted upon riding on the outside of the steam engine, strapped to a wooden candle-box that was itself fastened to the cowcatcher.

She refused to consider anyone’s objections; eventually, Sir John A. capitulated and instructed his private secretary, Sir Joseph Pope, to accompany her on the cowcatcher. 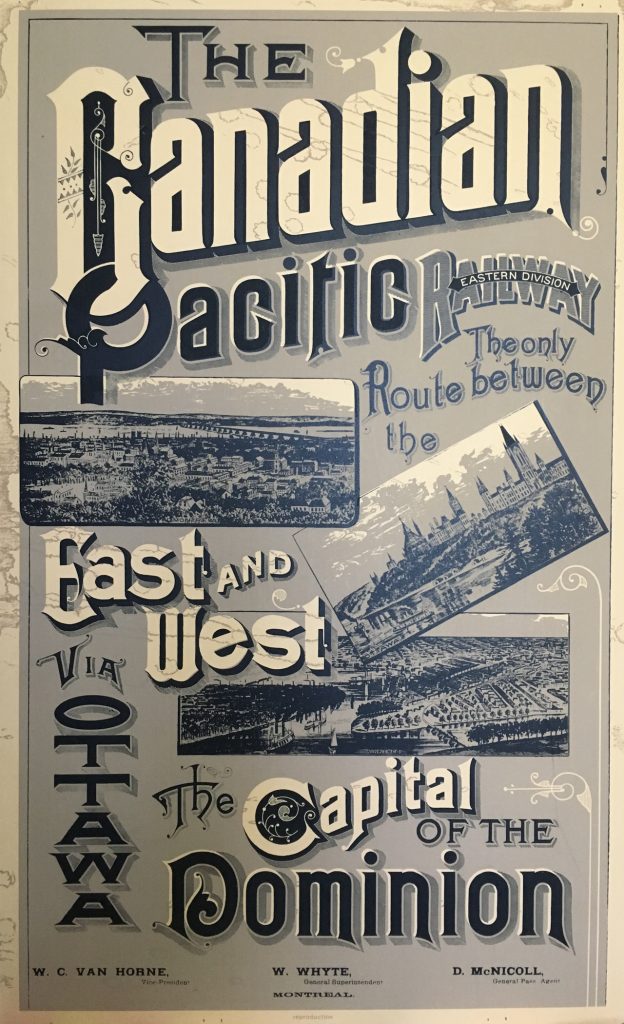 The train engineer must have been terrified during those long minutes, especially upon the curved stretches, and hurtling down steep mountain slopes.

At one point the engine struck some wild boars on the track; Lady Agnes squeezed her eyes shut and held on tight, while Pope felt the impact of a the boar’s body slam past the side of his leg.

Lady Agnes later described the entire experience of being on the cowcatcher as “exhilarating” and “delightful”.

The Story of Mary Macdonald Villa Les Rochers Over the Years: Its Structure and Its Secrets