Before Lady Agnes Macdonald sold Villa Les Rochers to Lord Thomas Shaughnessy in 1895, she had directed that its contents be auctioned. 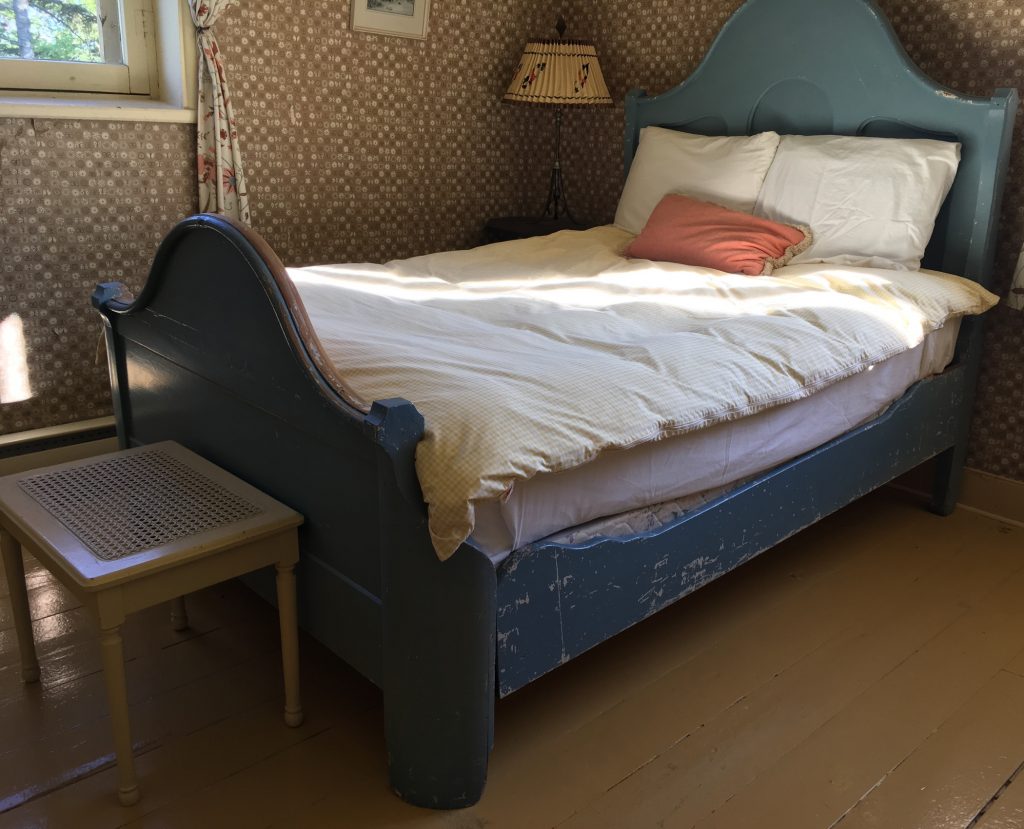 Everything was sold but for two items: a wooden bed that had belonged to her husband Sir John A. Macdonald, and his cast iron umbrella stand.

The bed, which had been stored in the cellar, was later discovered there in the 1950s with a label bearing a return address indicating Stadacona Hall, Sir John A.’s residence before 1883.

Presumably the umbrella stand was too heavy to be easily moved. 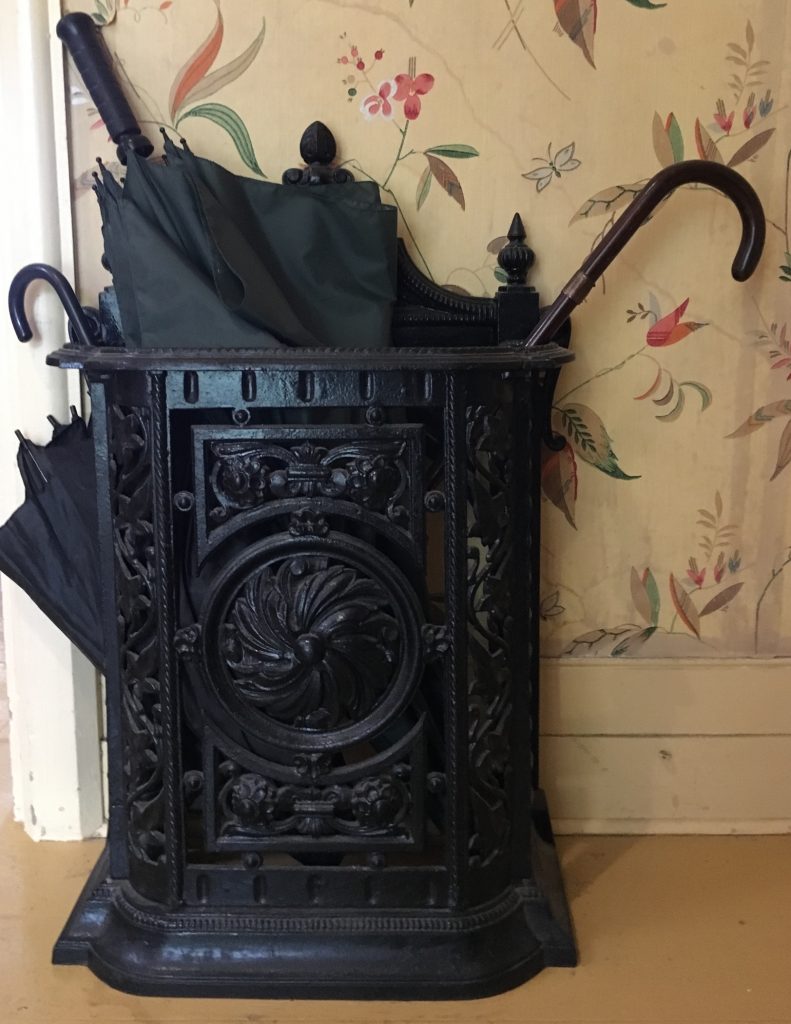 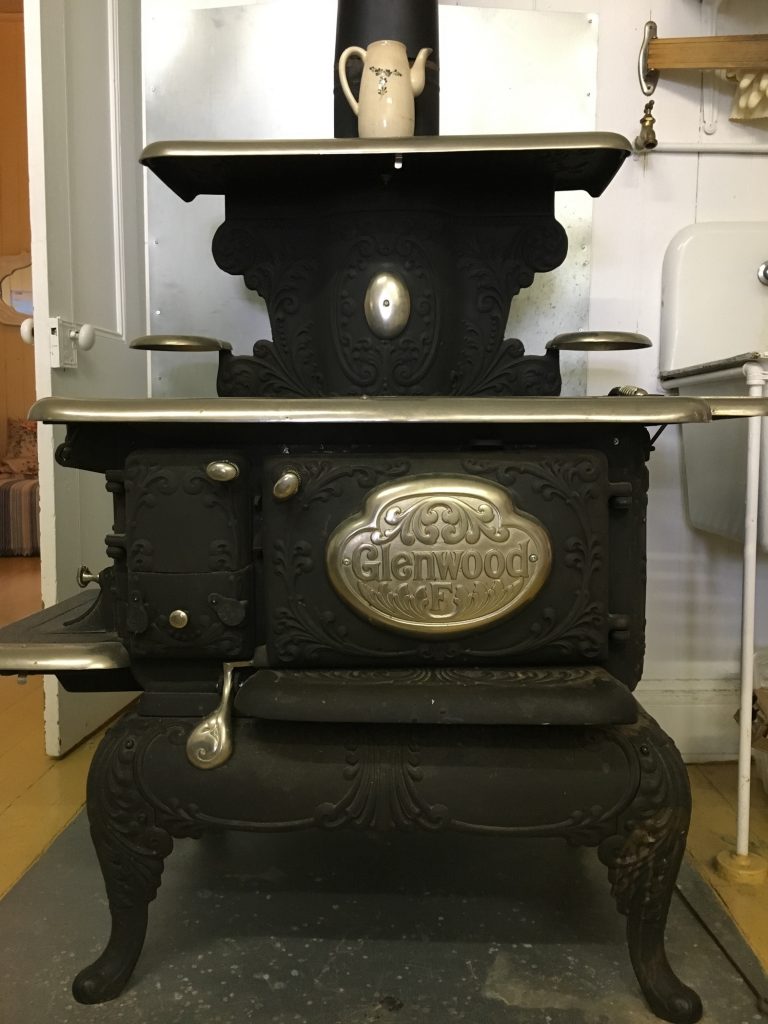 Wood stove in the kitchen at Villa Les Rochers

The American Glenwood stove in the present-day kitchen likely replaced an older one in the 1950s when the kitchen was updated. 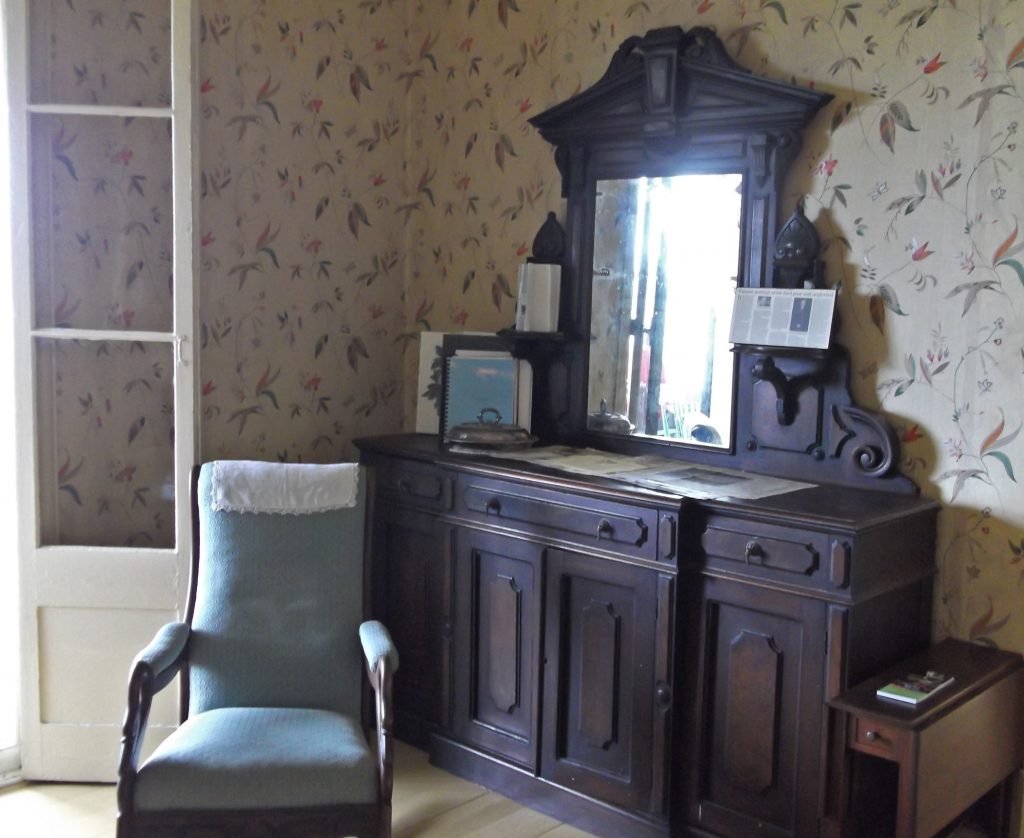 Lord and Lady Shaughnessy acquired other pieces of furniture to fill the rooms of the house, possibly buying back some of the original pieces. These were included in the sale of Villa Les Rochers to the Symington family in 1939. 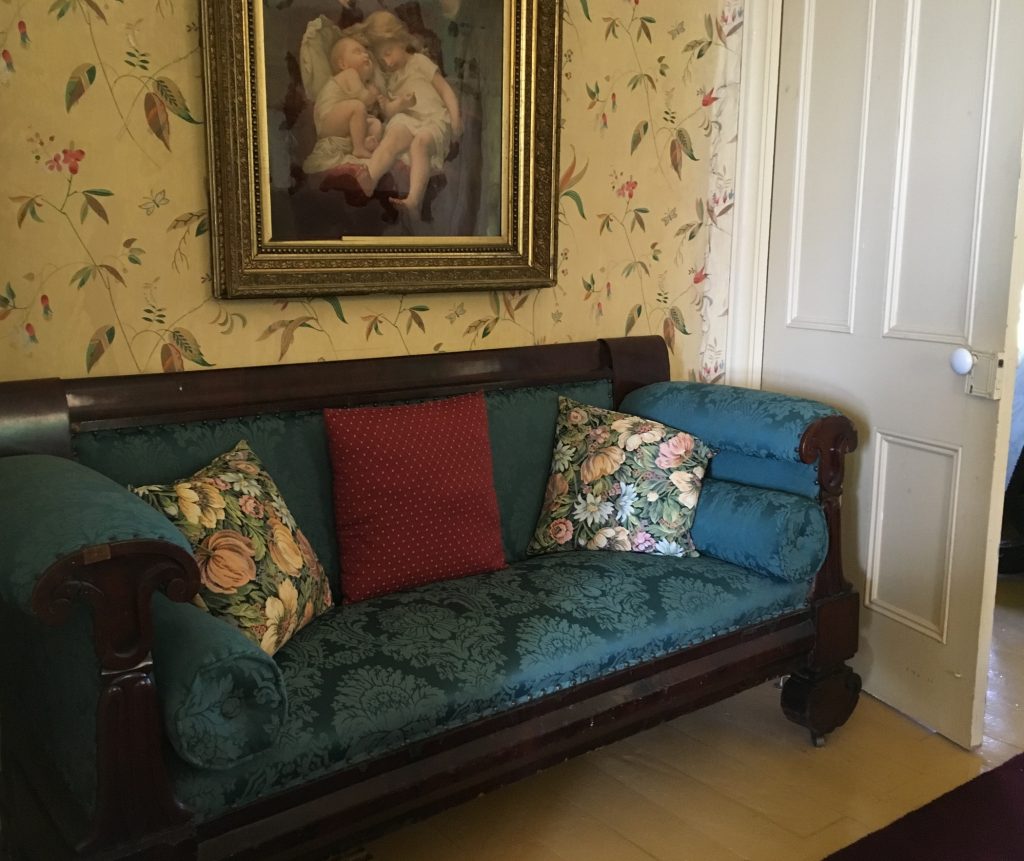 The wallpaper in the hallways, main rooms and bedrooms, which may date from Lord Symington’s time, has been carefully preserved. Other pieces of furniture that are featured in the house were chosen to represent and reflect the eras in which its owners lived. 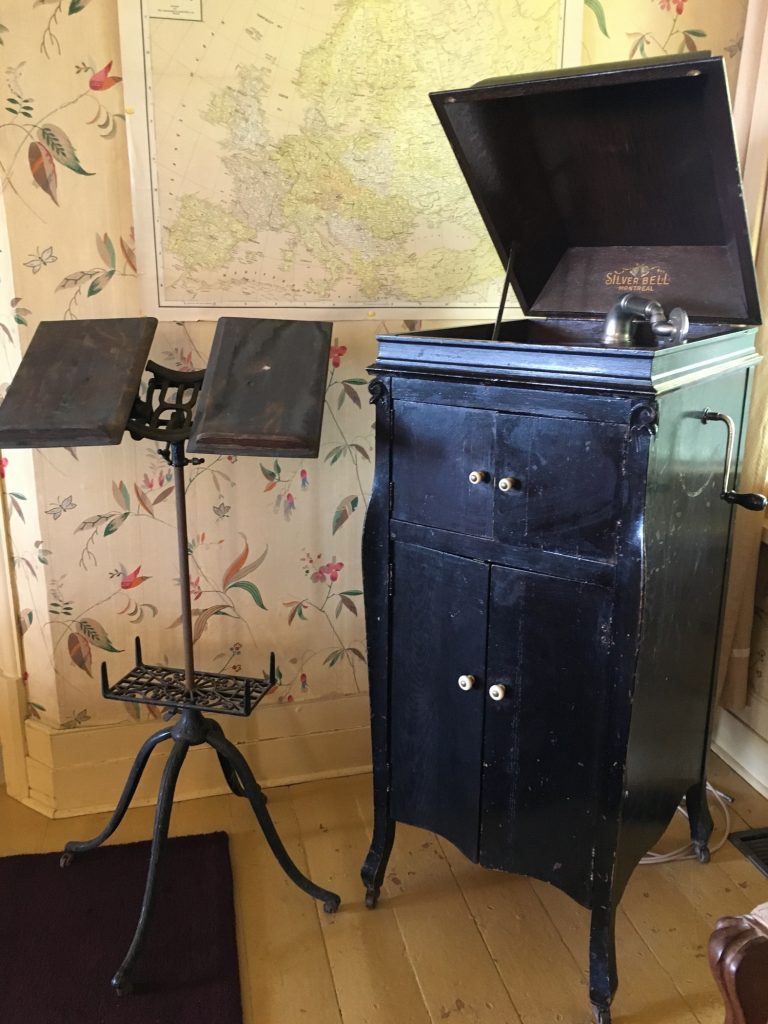 We invite you to watch a video entitled Clair de Lune on Victrola at Villa Les Rochers, inspired by the Victrola pictured above, and one of the records on its shelf: Clair de Lune by Debussy.