St. Bartholomew’s Anglican Church in Fraserville (designated as Rivière-du-Loup in 1919) was a six-kilometre carriage ride away from Villa Les Rochers in St. Patrick, and the Macdonald family would travel there regularly. 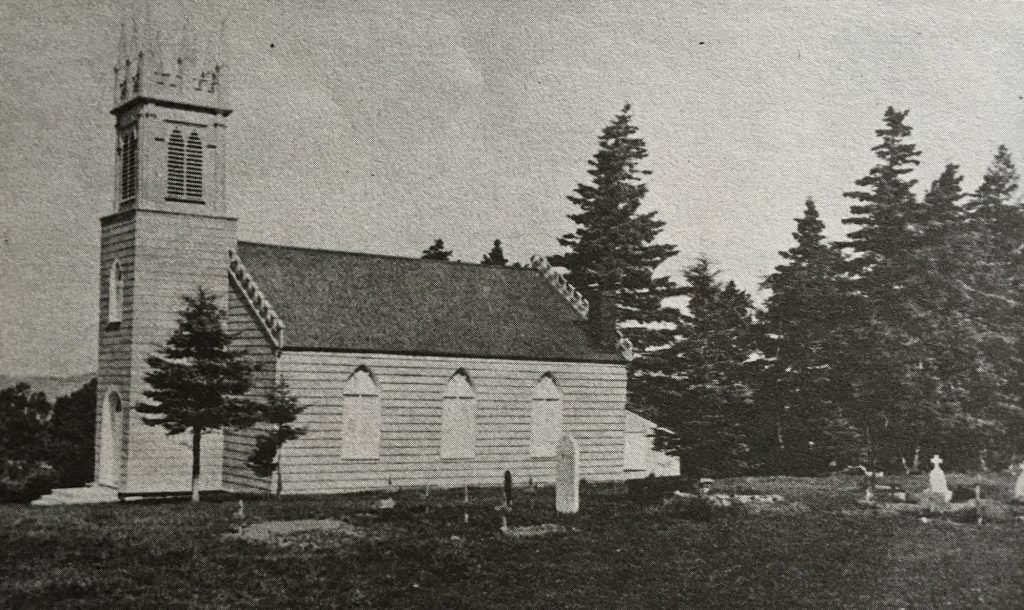 Lady Agnes Macdonald not only attended church every Sunday but also was very involved in charitable community events, participating in church bazaars, fairs and other fundraising efforts for St. Bartholomew’s. 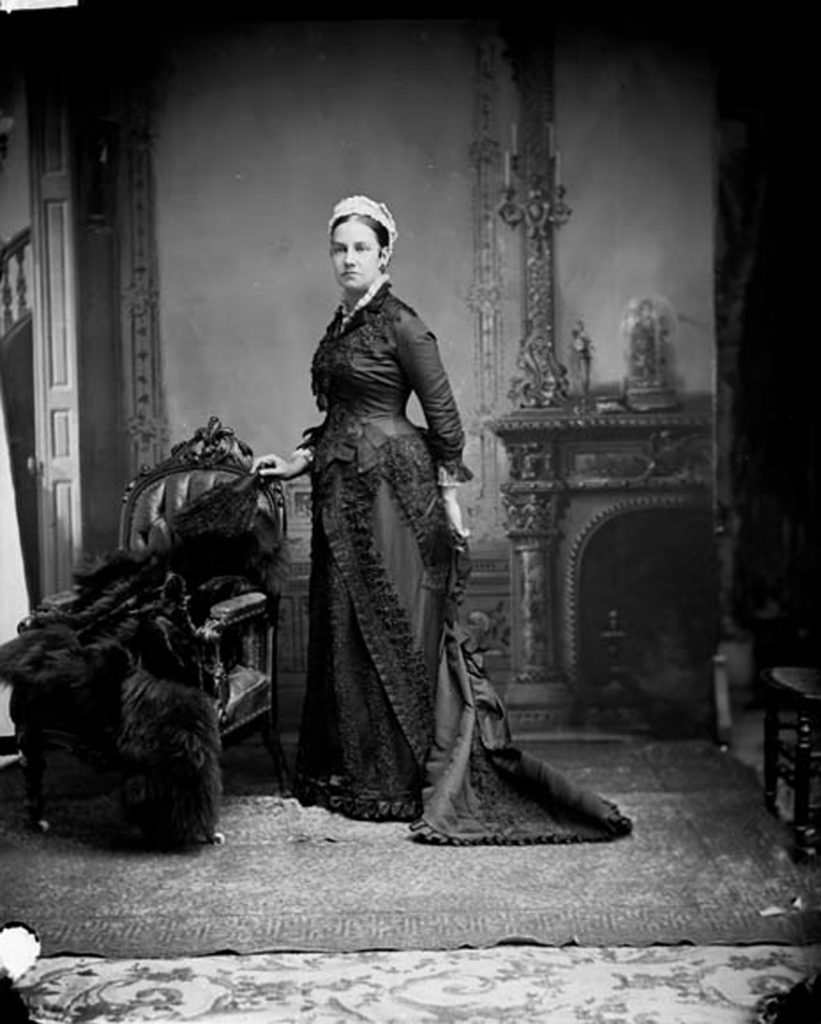 In 1875, Lady Agnes Macdonald was grieving over the death of her mother, Theodora Bernard. At this time Sir John A. agreed to formally join the Anglican Church, which gave his wife much comfort.

Lady Agnes was a devoutly religious person who took her social and philanthropic commitments very seriously, well aware her public position made her an example to others. 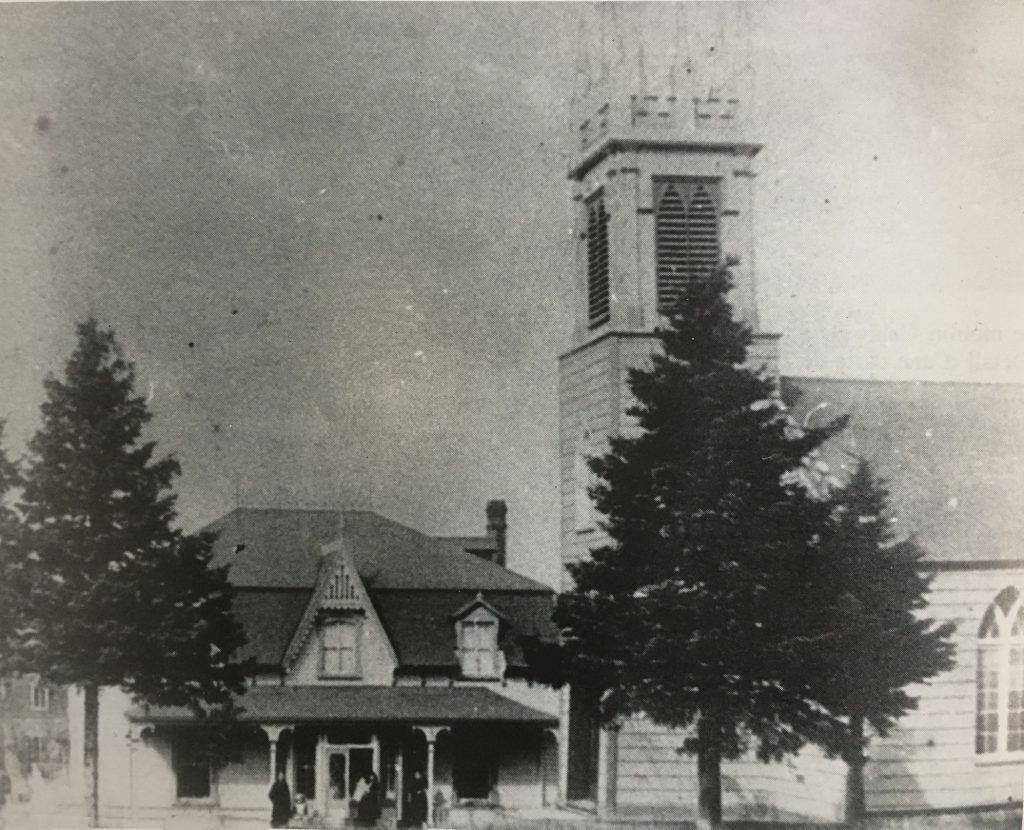 St. Bartholomew’s Church in an undated photo, showing the proximity of the minister’s house

In the summer of 1880, with the help of their friends the Bates and the Popes, Lady Agnes hosted a “Fancy Fair” featuring a sale of handicrafts, and helped raise the “enormous” amount of $746.00 for the church.

The simple wooden church changed little over the years, although the minister’s house would eventually be partially dismantled, lifted and moved. 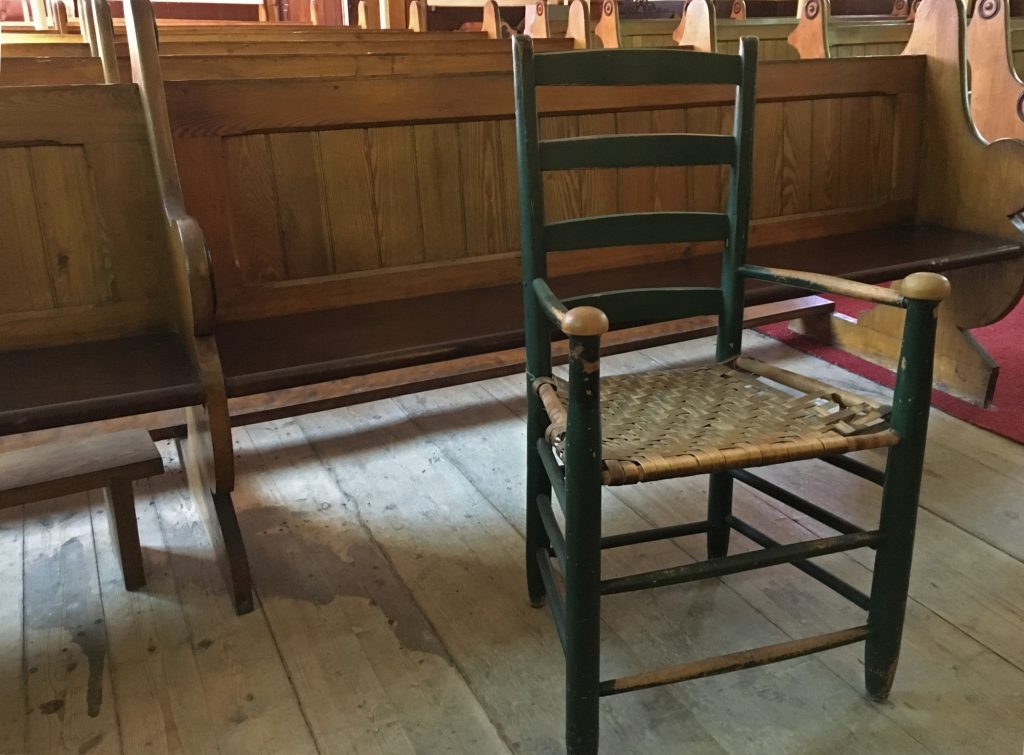 Sir John A. Macdonald’s chair has been preserved at St. Bartholomew’s Church

When the Macdonalds were in residence at villa Les Rochers, a chair was always placed in front of the family’s first pew, along with a space for Mary’s wheelchair. Sir John A. would sit in this chair, so that he could be next to his daughter. 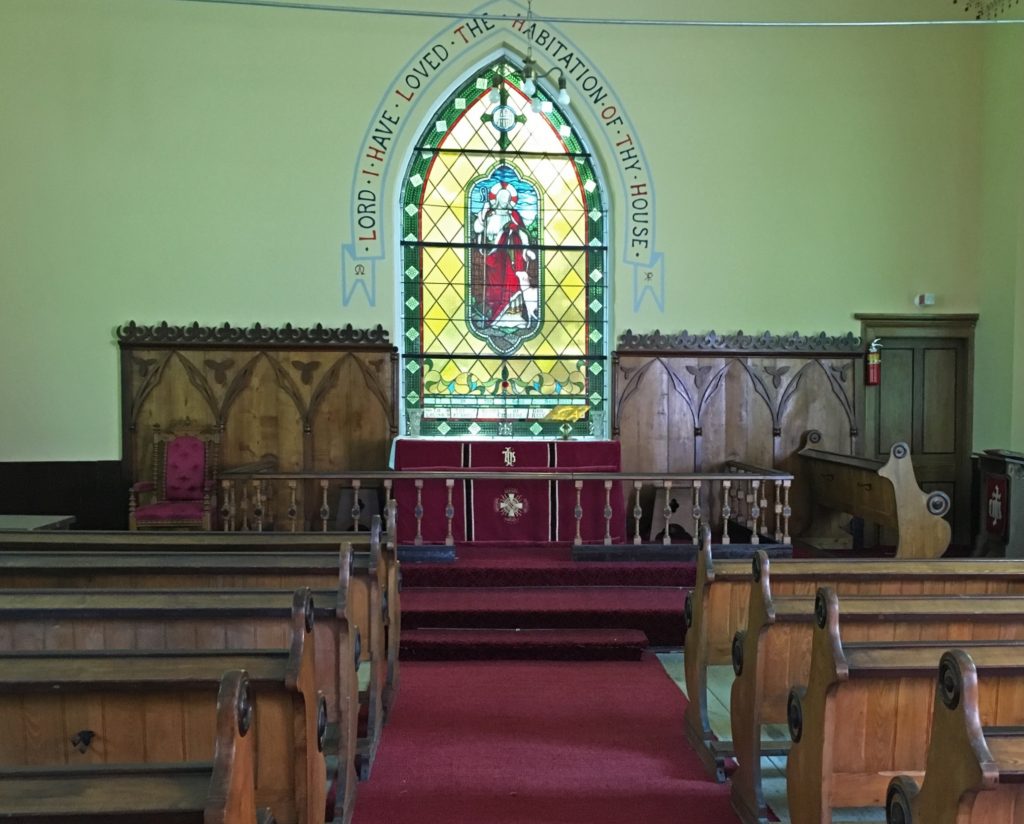 View of pews and altar at St. Bartholomew’s Church

Local wildflowers would be gathered to decorate the altar, and sunlight would stream through the stained glass windows as local Anglicans came to listen to the minister’s sermon, to pray and to sing hymns. 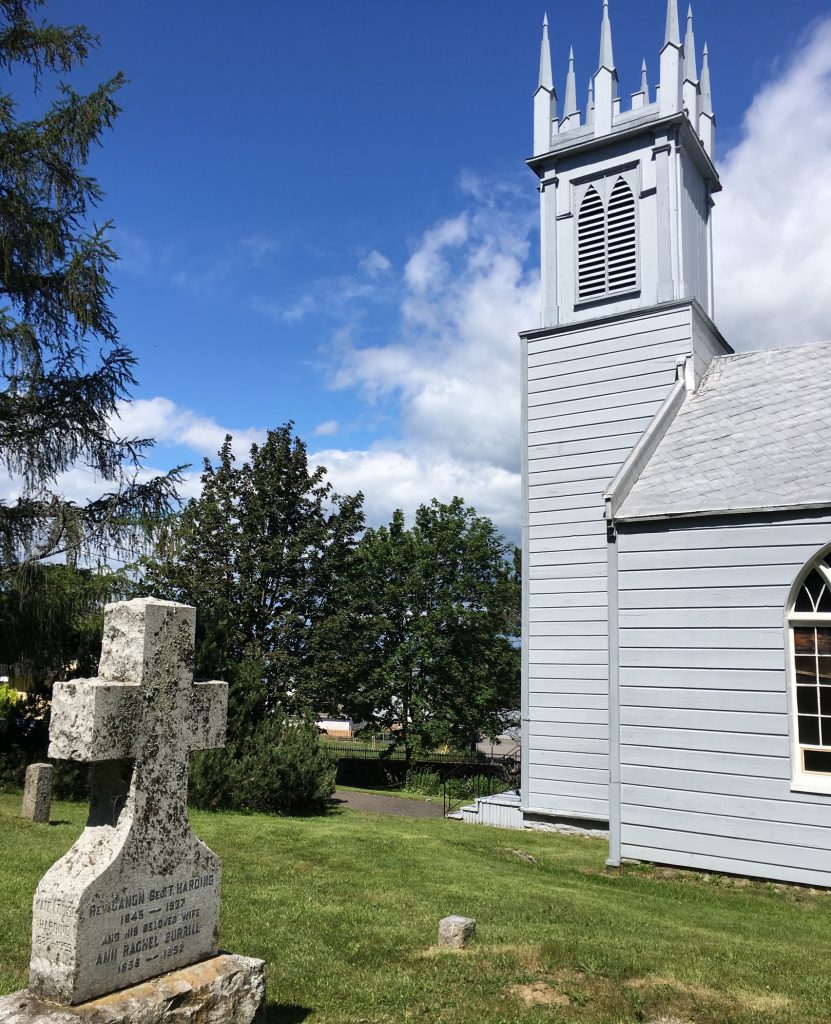 During the 20th century, the number of parishioners declined. Between 1970 and 1990 the church was opened occasionally for baptisms, marriages and special events.

Guests, Neighbours and Visitors of the Macdonald family in St. Patrick Lady Agnes Macdonald and her Watercolours