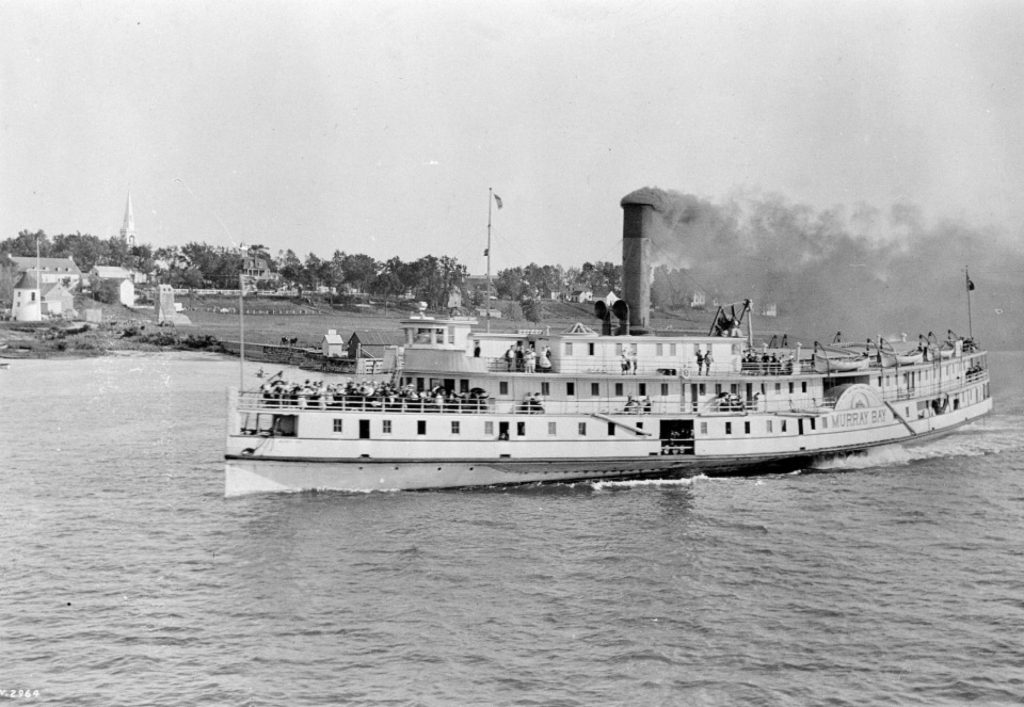 The business and political elite of cities like Ottawa, Montreal and Quebec City were the lucky ones who could afford to get away with their families for the summer months, some staying in hotels or boarding-houses in small coastal communities, others moving their entire households into rented homes.

Places along the lower south shore of the Saint Lawrence River such as Cacouna and Rivière-du-Loup, easy to reach by steamship or rail, attracted many seasonal residents.

In the 1860s and 70s, for those who suffered almost any kind of physical ailment, time spent at the seaside – and in particular, “sea bathing” – was considered to have innumerable health benefits.

The first summer resident in St. Patrick was a Mr. Lemoyne from Quebec, a descendant of the distinguished Le Moyne family of France.

Joseph Chouinard, one of many descendants of a French family who had gone to Saint-Jean-Port-Joli, was the first person to open a boarding house in St. Patrick. Aristocrats and politicians came to stay. 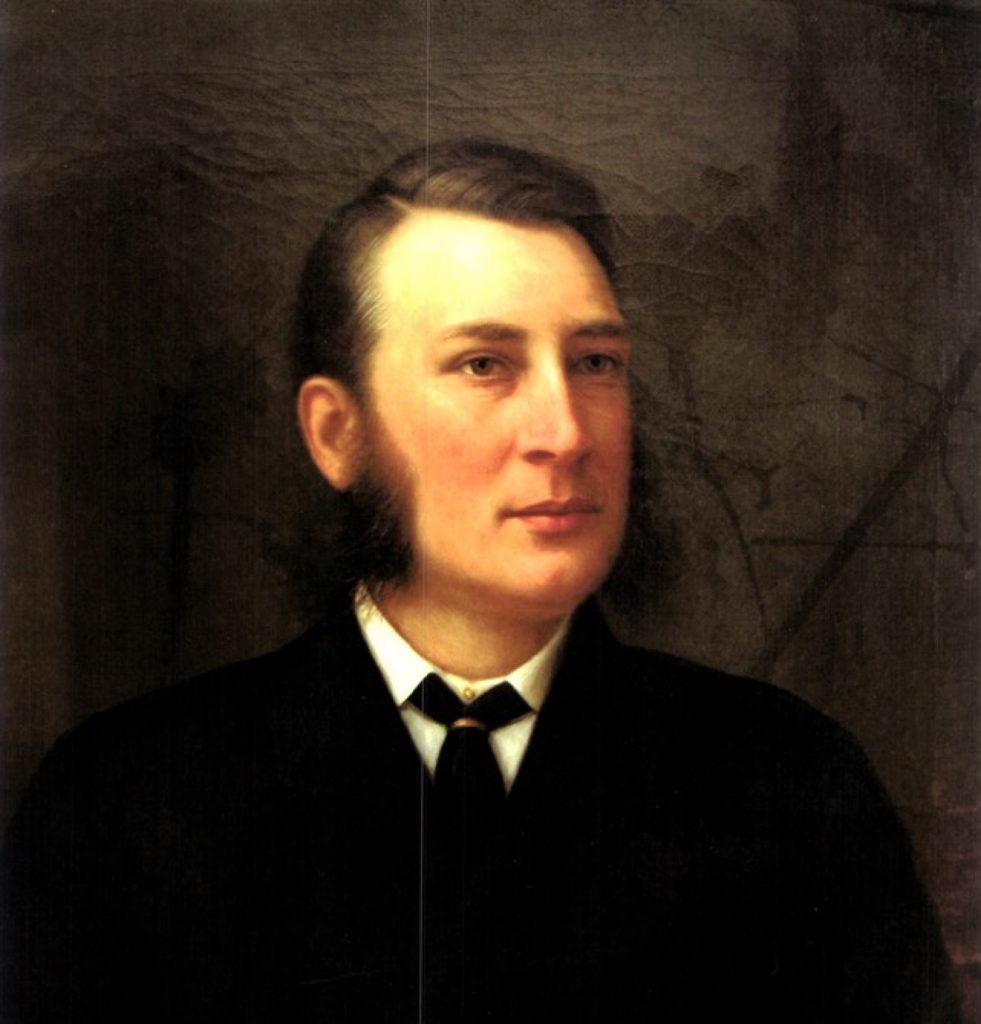 James Coristine, a businessman born in Ireland who had emigrated to Montreal with an interest in the fur trade, also came to be an early summer resident in St. Patrick. He and his wife Emma Budden had seven surviving children. One of their grandchildren, Robert William Coristine, would marry Elizabeth Symington, the daughter of Herbert James Symington and his wife Fay Christie. 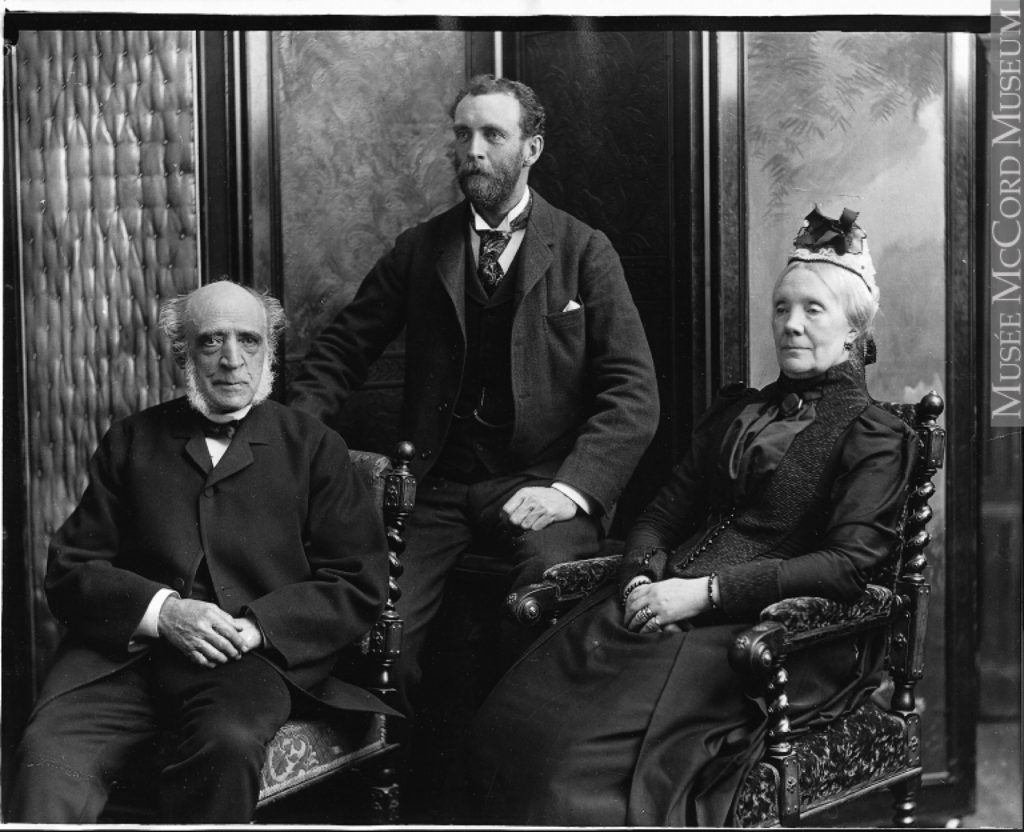 Sir William Collis Meredith, Chief Justice of the Superior Court of the province of Quebec, and his wife Sofia Naters (Holmes) Meredith, were also drawn to St. Patrick. In 1866 they bought 1,400 acres of farmland there, and had a house built called Rosecliff where they and their children would spend the holiday months. Twenty years later Sir William had a second house called Bella Rivière built for his son Edmund.

Railroad developer Thomas Reynolds built the Regency-style house at 304 rue Fraser in 1868, and Governor General Lord Dufferin and Lady Dufferin were among the first to stay there for a summer. It was later purchased by James K. Ward, a wood trader from Montreal and member of Macdonald’s cabinet; the house is known today as Rookwood.

In 1870 Sir John A. Macdonald was advised by his physician, Dr. Charles Tupper, to take holidays by the sea for the advantage of his health. 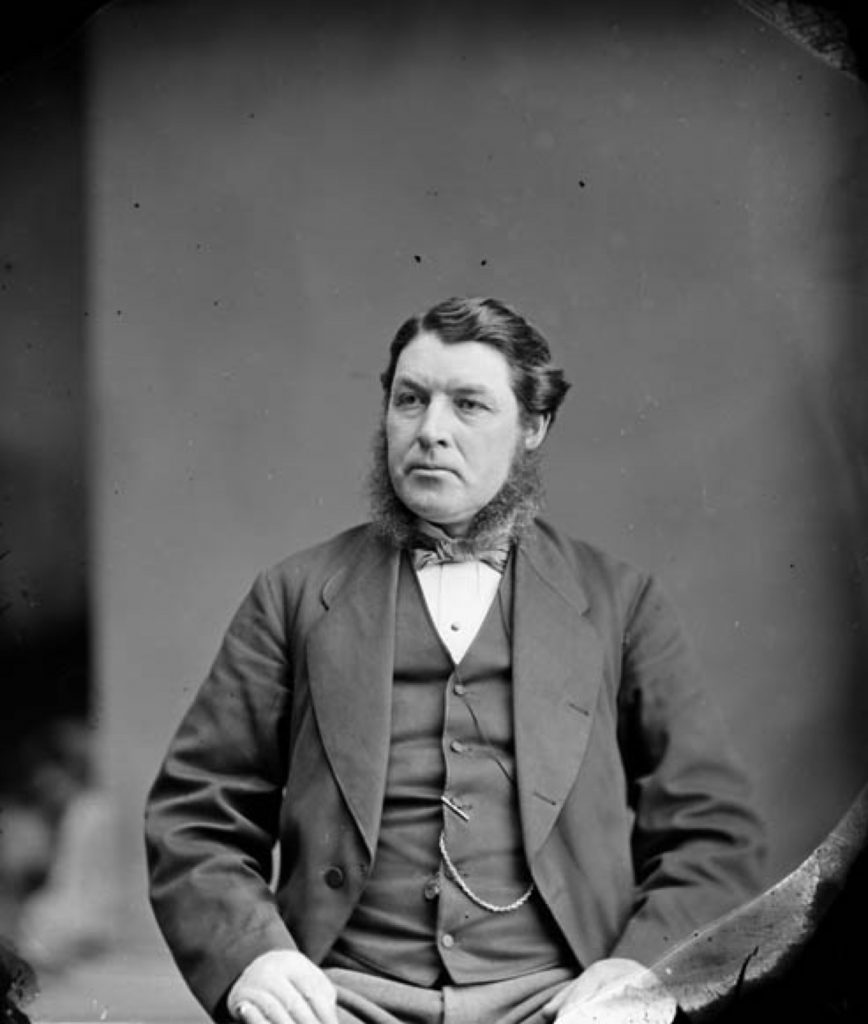 Charles Tupper was one of Sir John A Macdonald’s doctors before he became a cabinet minister.

Often, the men of the summer families (including the Macdonalds) had to return to the city from time to time to attend to business, but the women and children would stay the entire season.

For those who did not book rooms at St. Patrick’s Inn or the Pension Chouinard, the local residents would rent out their own houses to the summer visitors, and each move their own family into a cabin erected elsewhere on their property. 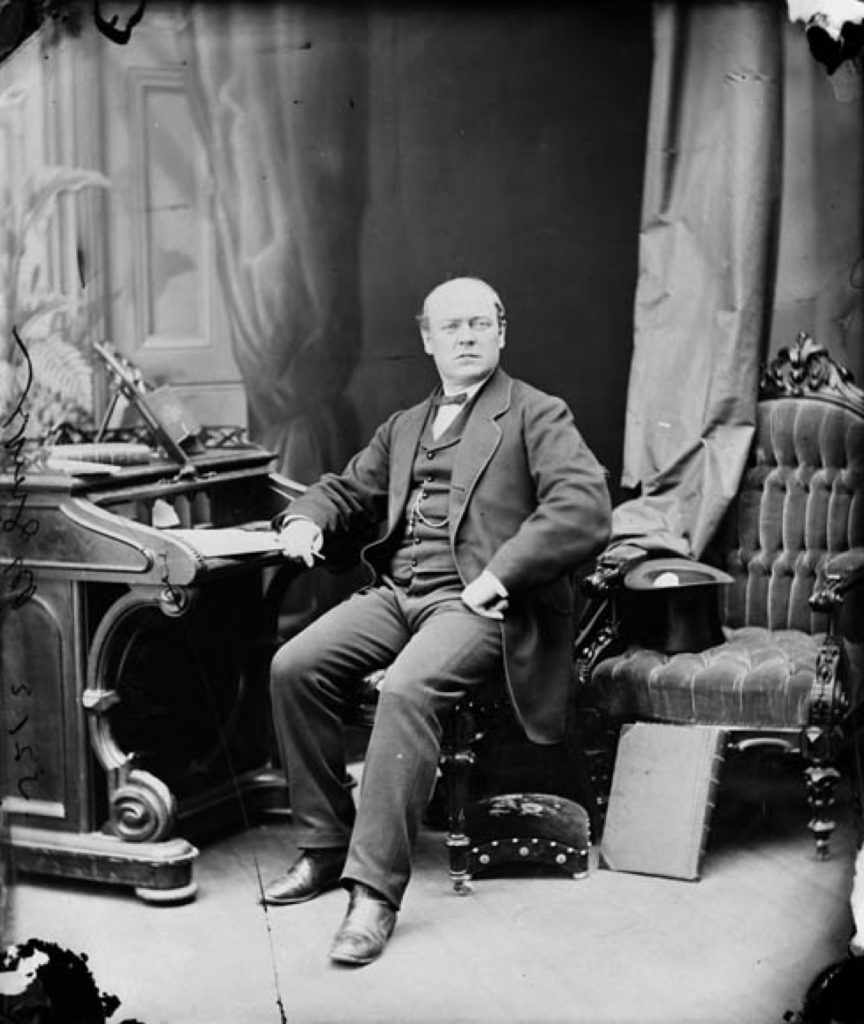 One summer resident of St. Patrick was Thomas McGreevy, banker and politician from Quebec City, and one of the Fathers of Confederation. He owned a summer house where he would bring his wife and two children, and which he would rent out when he was unable to be there.

Sir John A. Macdonald and Lady Macdonald rented McGreevy’s house during the summer of 1882, when their own villa, Les Rochers, was undergoing renovations and an addition. 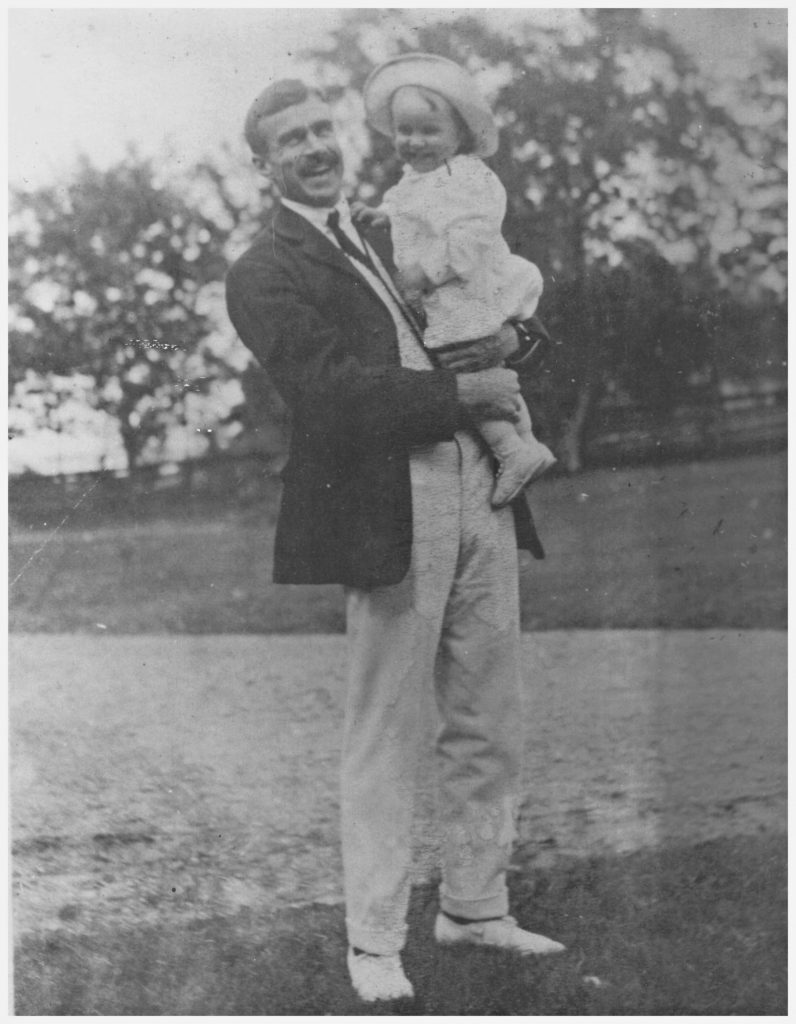 Montreal businessman Kenneth Molson, whose second wife was Isobel Meredith, built a summer home in St. Patrick in 1920 halfway between Rosecliff and Bella Rivière, to be close to members of Isobel’s family. A graduate of Macdonald College’s agricultural program, Molson added large gardens behind his home.

In 1922, Molson purchased the farm across the road, intending to create a not-for-profit “model farm”. He engaged the Jutras family to run the enterprise while he turned his attention elsewhere, such as to designing and implementing a piped-in water system for the community, and building a set of tennis courts to accommodate his favourite sport. 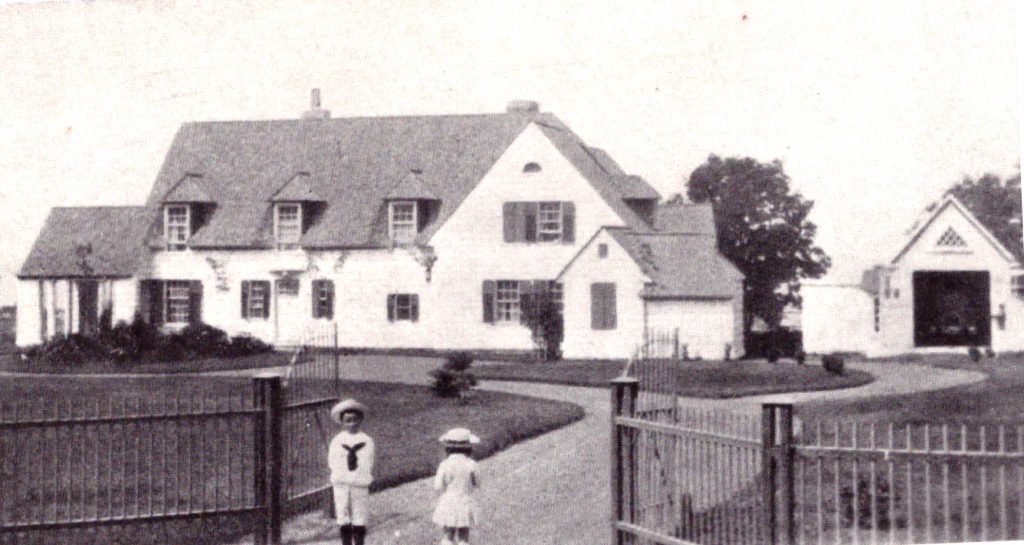 The History of St. Patrick Fathers of Confederation, Governors General and Cabinet Ministers in St. Patrick