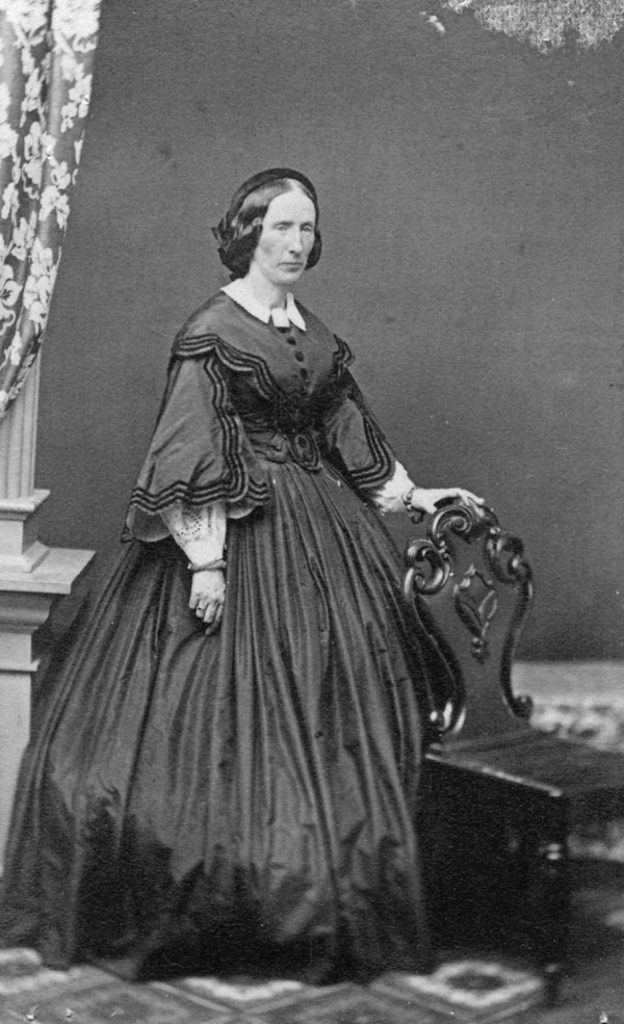 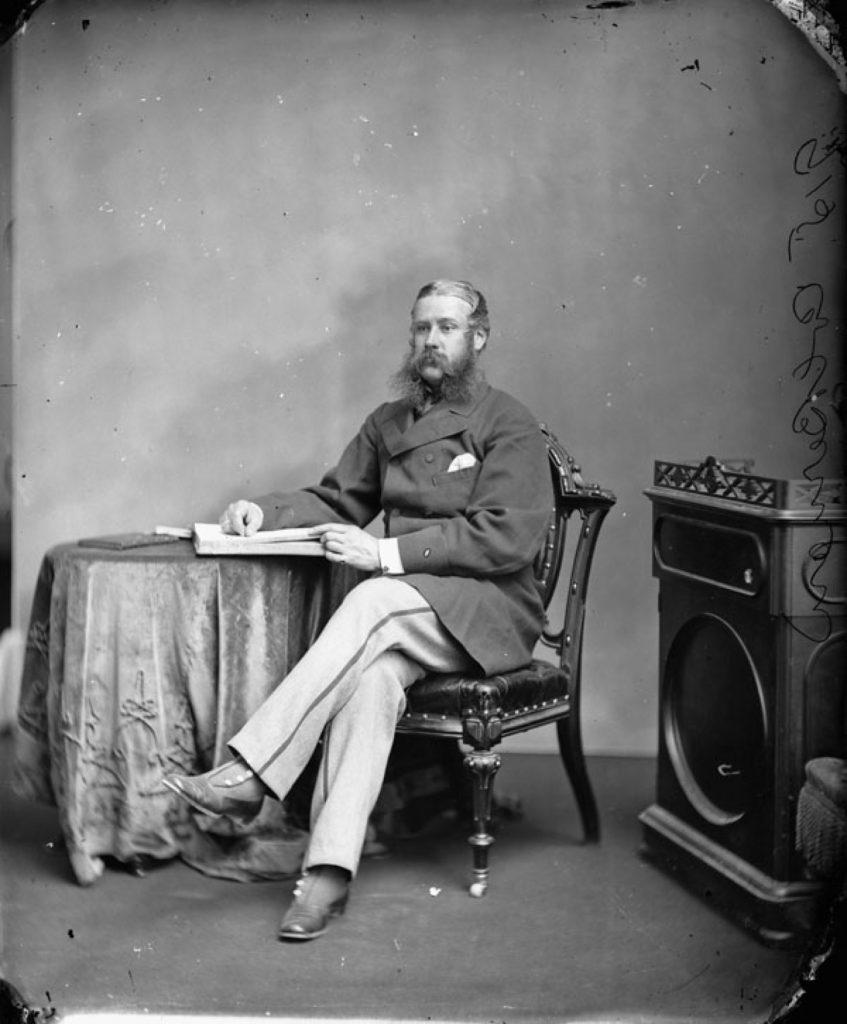 Hewitt Bernard was also Sir John A.’s private secretary for a time, and stayed in the villa with them for their first several summers. 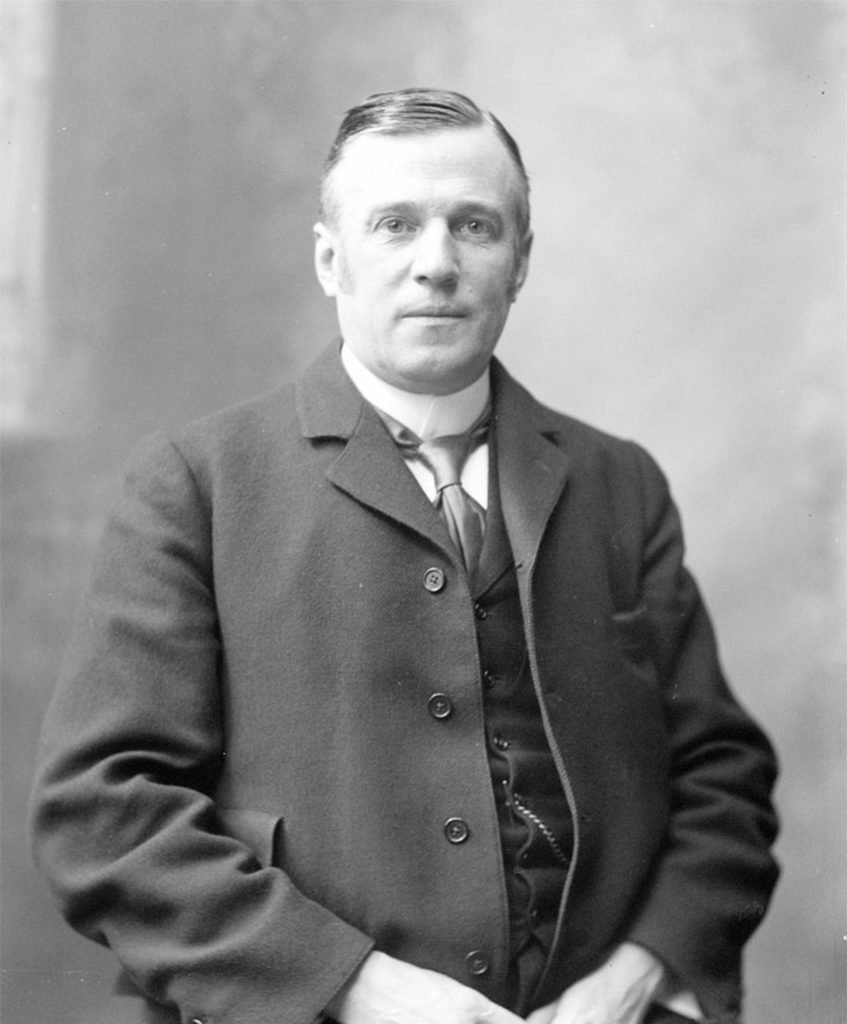 Later Sir Joseph Pope, successor to Hewitt Bernard as Sir John A.’s private secretary, also stayed at Villa Les Rochers with the Macdonalds, but within a few summers he had met Minnie Taschereau (Marie-Louise-Joséphine-Henriette Taschereau, called “Minette”) in St. Patrick, married her, and acquired a house of his own nearby. 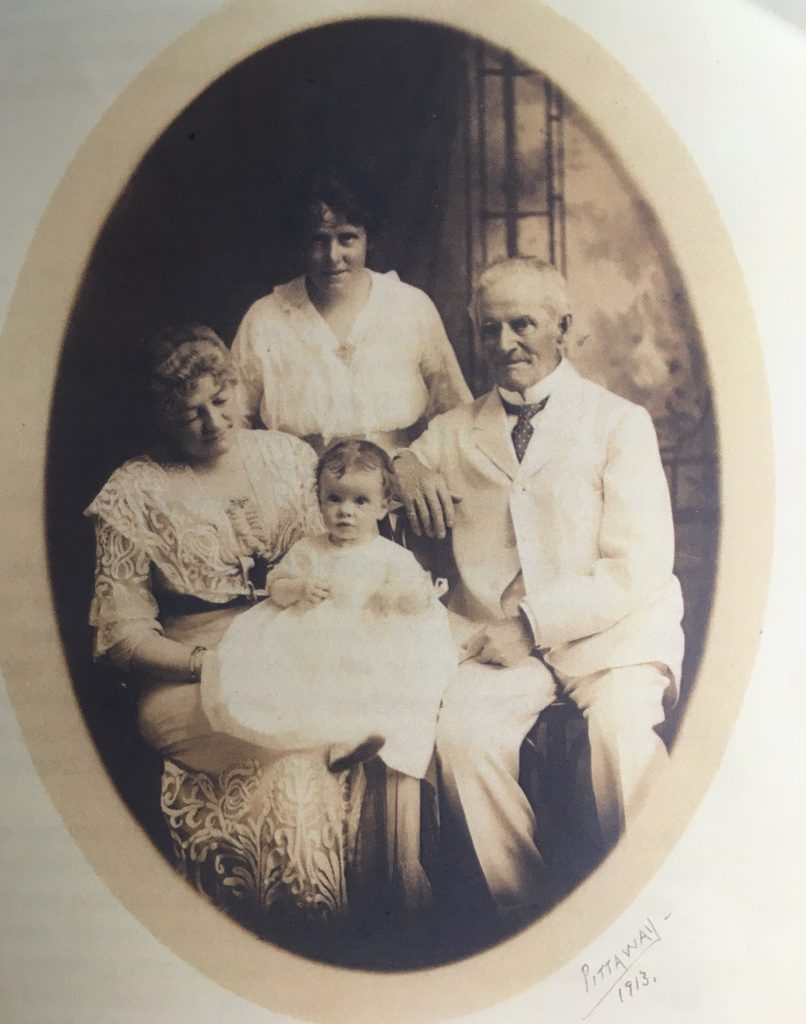 One of their summer neighbours was Henry Newell Bate, the wealthy wholesale grocer, owner of H.N. Bate & Company, Bytown  (Ottawa) -and official food supplier to Lord and Lady Dufferin – who became the first Chairman of the Ottawa Improvement Commission in 1899. 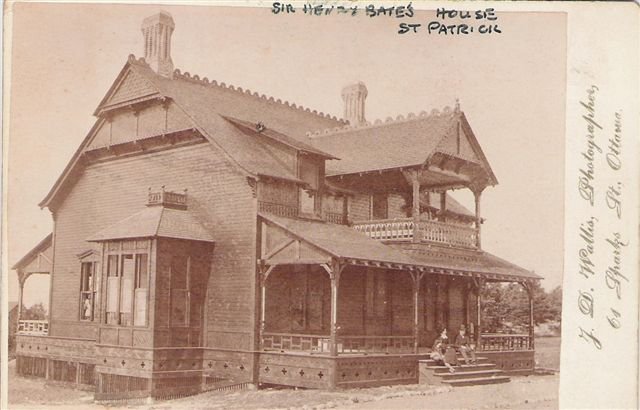 Bate’s house was a short walk away from Villa Les Rochers; he and his wife, Catherine Cameron Bate, would often invite the Macdonalds to join them in the evenings for a game of cards, but Sir John A. always declined, saying he was “too old to learn”. 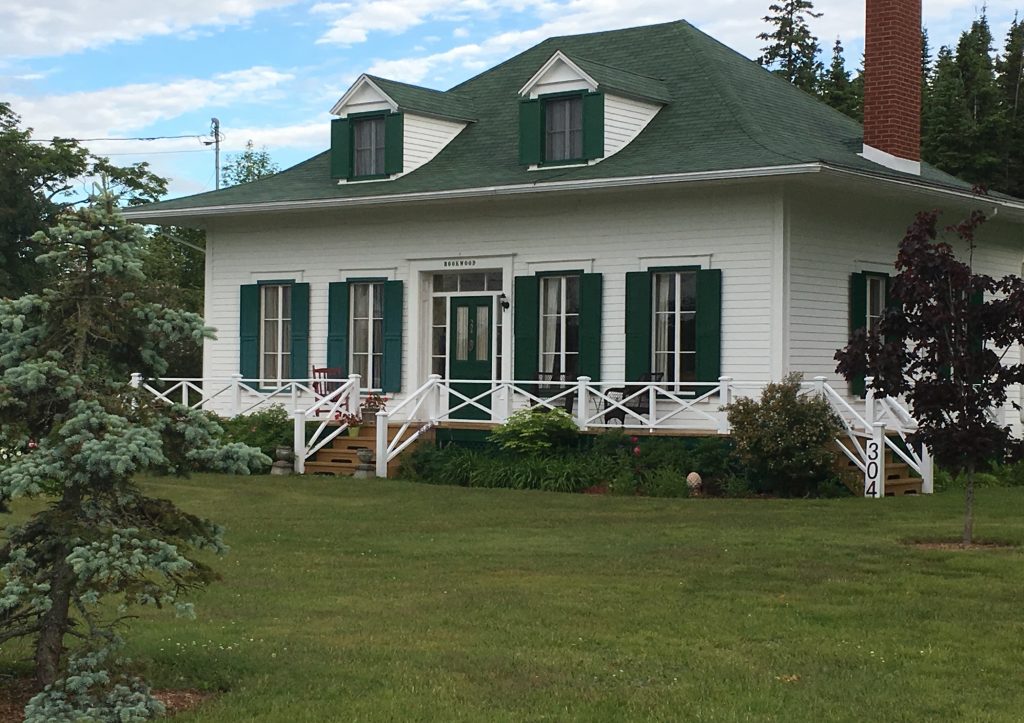 Rookwood, in St. Patrick, photographed by Karen Molson in 2017

Thomas Reynolds, railway developer and friend of Sir John A.’s, owned a cottage he called Rookwood, also not far from Villa Les Rochers. Thomas’s sister, referred to only as “Miss Reynolds”, spent many summers at Rookwood and often took care of Mary Macdonald.

Others who had neighbouring cottages close to Villa Les Rochers were Quebec MP Thomas McGreevy and his family, as well as Chief Justice William Collis Meredith and his family.

In the summer of 1880, Sir John A. and Lady Agnes Macdonald hosted a “young sick girl” named Ada Pierce Tighe Bury. Ada was the step-daughter of civil servant Herbert O’Meara, soon to become Chief Clerk in the Department of Militia and defence.

The girl, Lady Agnes explained in a letter, became their guest because she “was ordered a change of air” but her parents couldn’t afford it.

One day Lady Agnes painted a watercolour depicting Ada sitting by the hearth with a blanket over her legs, and called it “A Wet Day in Rivière-du-Loup”. 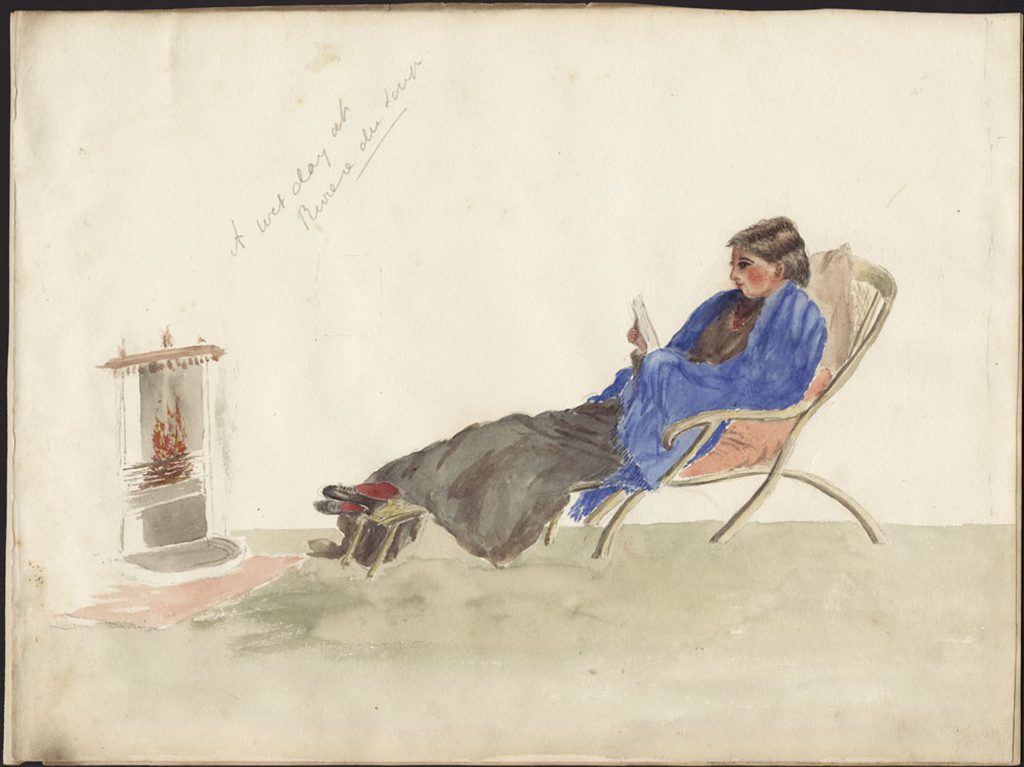 “A Wet Day in Rivière-du-Loup” by Lady Agnes Macdonald, 1880

Working Holidays: Political Preoccupations and Crises at Villa Les Rochers The Macdonalds and Their Attachment to St. Bartholomew’s Anglican Church