Mary Theodora Macdonald, the only child of Sir John A. and Lady Agnes Macdonald, was born on February 8, 1869, and diagnosed with hydrocephalus soon after. 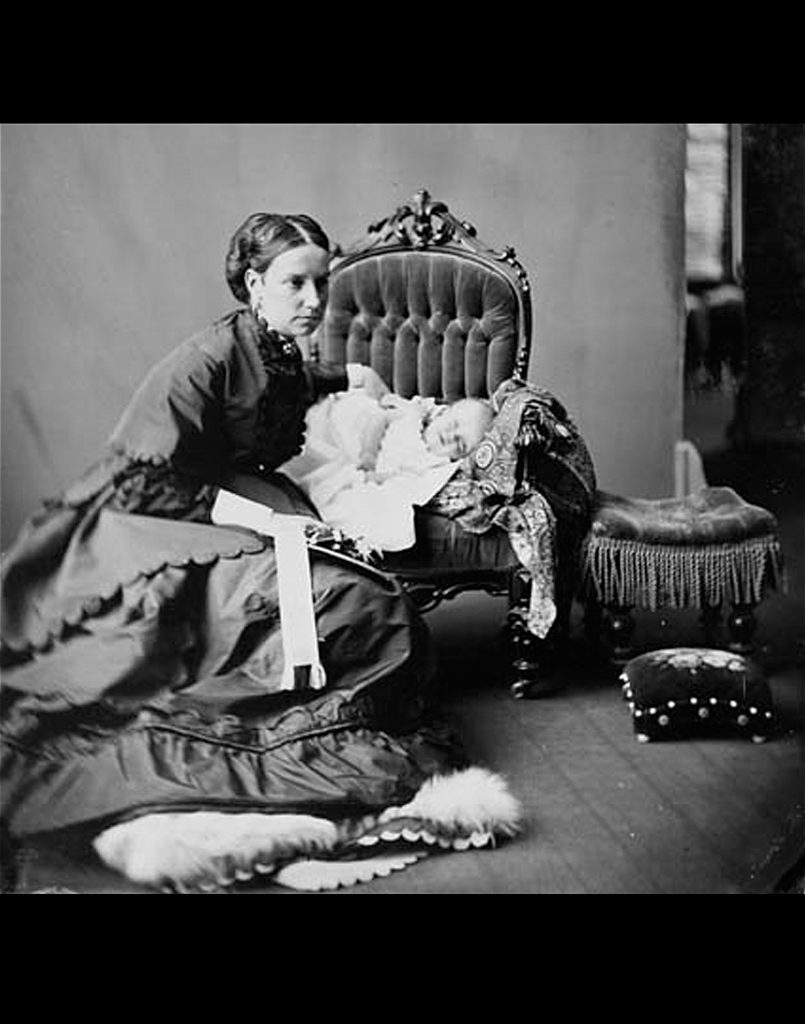 In an age when most parents of disabled children sent them to institutions, the Macdonalds loved Mary so much, they were very tender with her, and kept her at home with them.

They hired nurses to help in her care, and carried on a type of physiotherapy developed at home in the hope that Mary would one day be able to walk. Sir John affectionately called her “Baboo”.

In July of 1873, when Mary was four, a nurse propped her up on a chair in the living room of their little rented farmhouse in St. Patrick so she could watch her mother cut her father’s hair. Sir John pulled silly faces to make her laugh. He reminded her about it in a letter a few weeks later, which he wrote her from Ottawa.

When Sir John A. and Lady Agnes Macdonald were unable to be in St. Patrick for a summer, they would often send their daughter there with her caregivers and a friend or two. Mary loved sitting on the gallery and admiring the exceptional view of the Saint Lawrence River.

Indoors at Villa Les Rochers, her mother would read Mary stories. Different nurses (including one referred to only as “Sarah” and another simply called “Mrs. Oswald”) were assigned to take care of her, and take her through her exercises. Mrs. Oswald had a daughter called Fanny, who befriended Mary.

Friends and relatives came to visit and kept her company. For one whole summer, Sir John A.’s granddaughter Daisy stayed with them, and other times, Mary had governesses and companions.

Sometimes Mary Macdonald was carried down to the bathing place, and other times, taken on drives in the little carriage. She was a regular presence at St. Bartholomew’s Church on Sunday mornings. 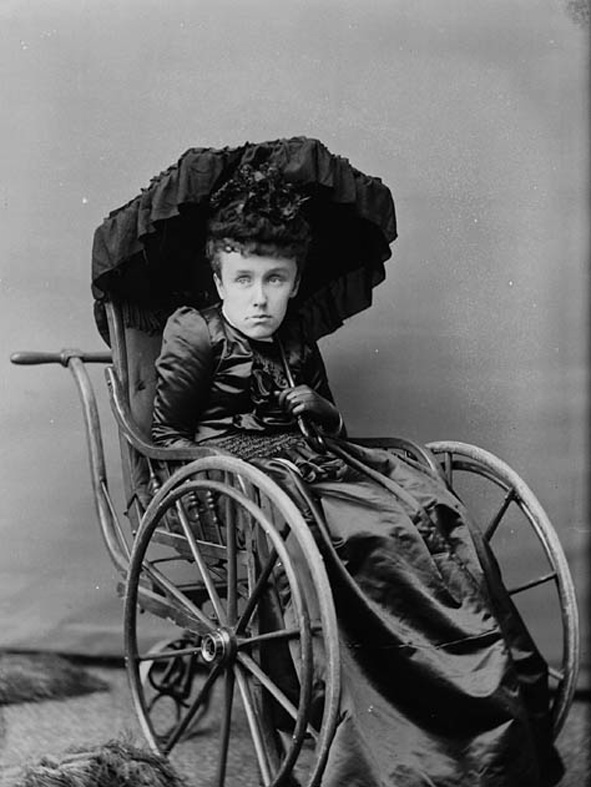 Mary Macdonald in mourning, following her father’s death in 1891

Mary Macdonald, who outlived both her parents, passed away in England in 1933.

Lady Agnes Macdonald and her Watercolours One of Sir John A. Macdonald’s Legacies: the Canadian Pacific Railway