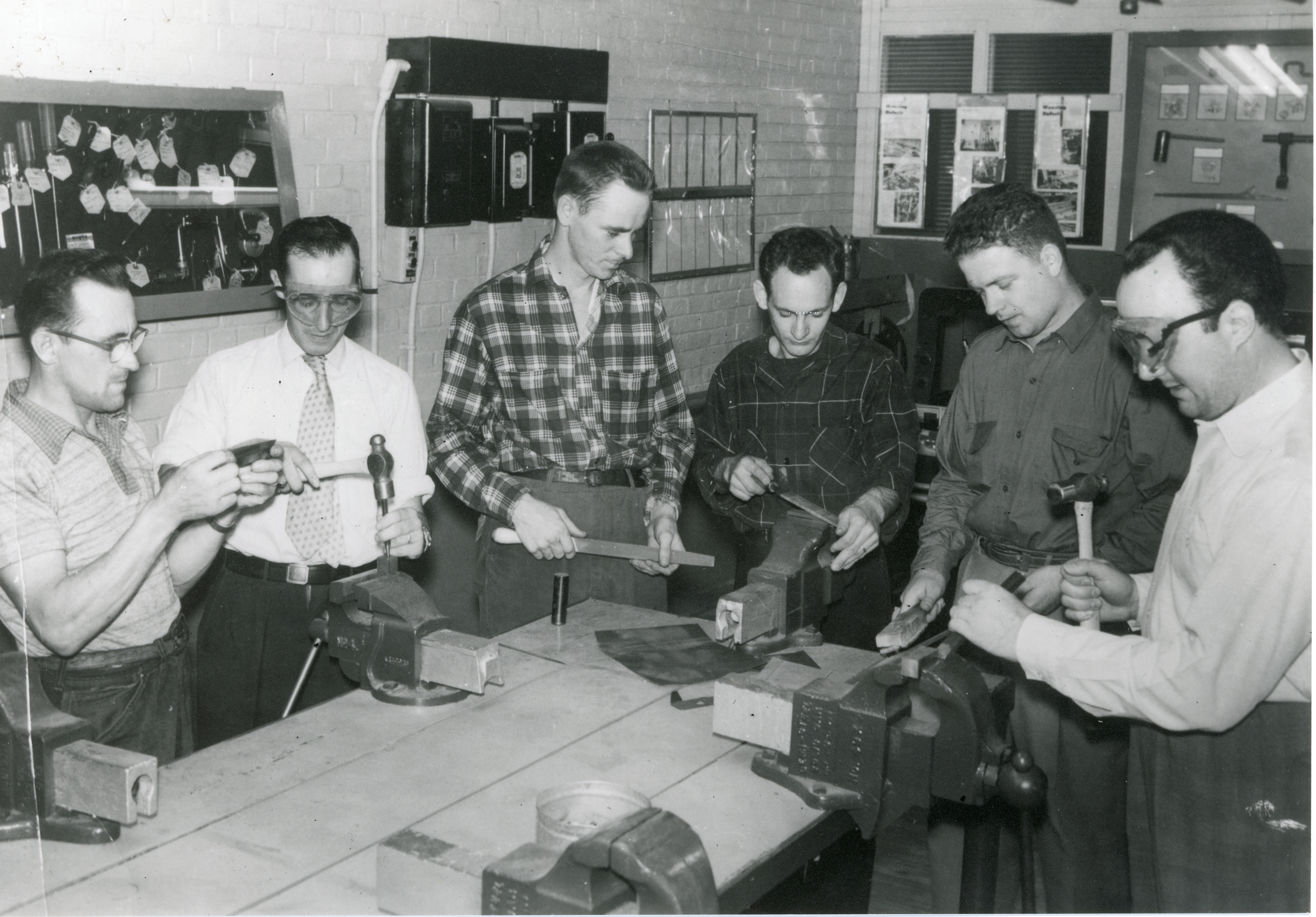 After the first school of arts and crafts closed in 1961, a second school was founded on September 9, 1963. This time, it had its own building on Percy Street.  It offered courses in electricity, plumbing and heating, automobile mechanics and domestic appliances. In 1987, it was finally relocated to the La Ruche secondary school expansion, inaugurated in 1974.