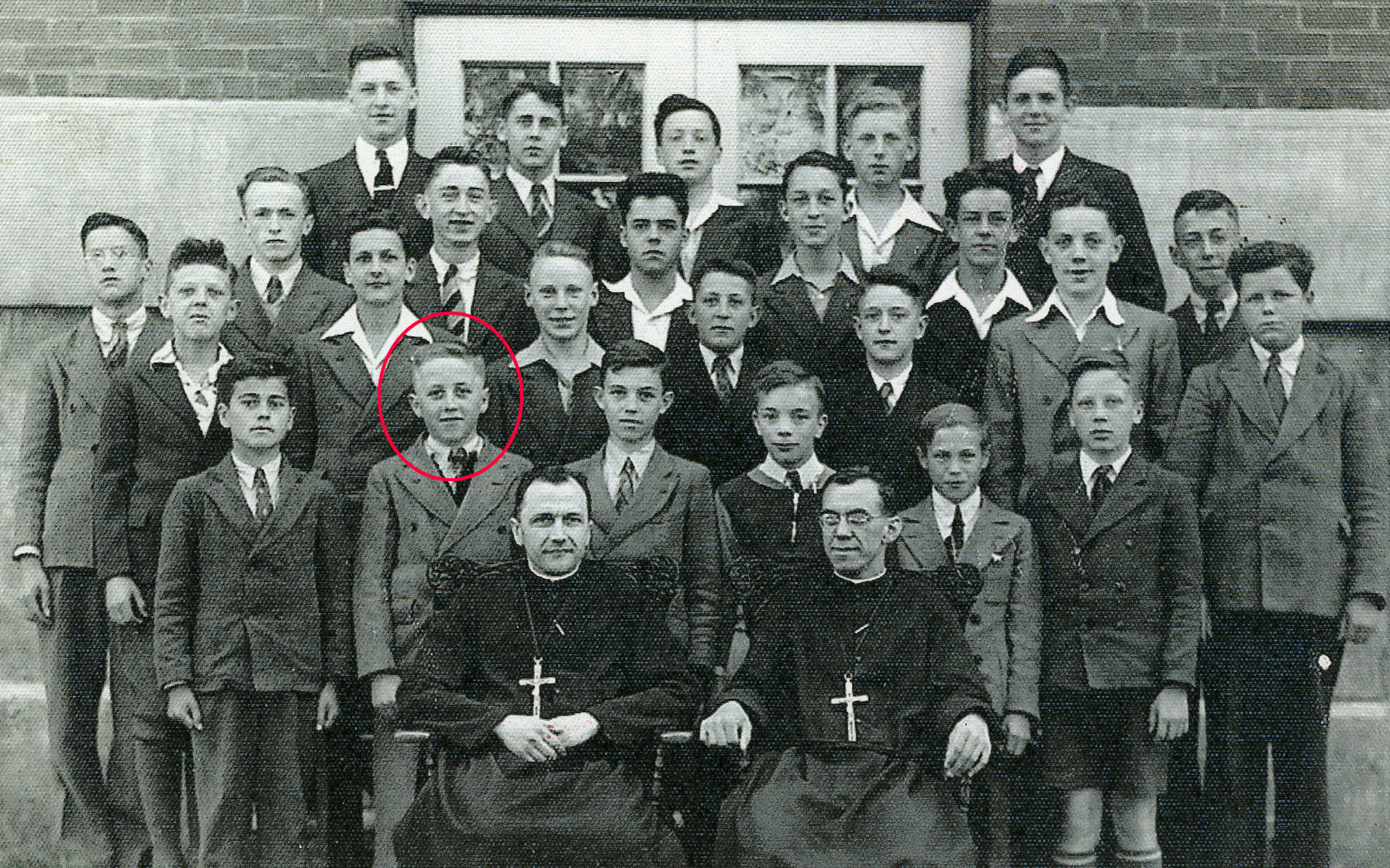 Maurice Langlois: “Yes, indeed, because unruliness prevailed a bit in the classes, because everybody was young, obviously there needed to be disciplinary measures to control behaviour in all the classes. I recall three methods.

One was simply: ask the student to leave the classroom for the rest of the lesson and then he would return for the next lesson. Another was the fact that they put us in the corner. If we were too unruly, especially the youngest ones, they said: you, you go to the back corner, on your knees or standing, and you wait until class is over.

And then the other was the fact that they would send us to the school principal, who was the head brother, to receive a certain number of blows of the belt, or blows of the strap as it was called at the time. Personally, I was never a witness to or a victim of that. I was a witness yes. I saw some of those who went and who came back with their hands a little red there.

And, then, I remember that to protect ourselves from the violence of the blows of the strap on our skin, there was always a stick of . . . we called that rosin. It was some sort of resin. These days, rosin, players of violins and string instruments coat the violin strings with rosin, it’s a type of wax, I think.

It’s a fact that there was always a stick being passed around, probably in all the classes. Then, when there was someone who was sent to the principal to receive his punishment, someone would slip him the stick of rosin. He would coat his hand in rosin. So then the belt would slide making a sort of protective film on the hand and then the blows were less painful, they hurt less.”

Louis-Charles Cloutier Blain (SHM): “Are you saying that the rosin was sort of secretly passed around among students?”

Maurice Langlois:  «Yes, we knew that there was always someone among us who had the stick. It was a sort of stick. It looked a bit like paraffin that was handed around. Then, usually we knew who had the stick. So when someone left to be punished, or to get the strap, he took the stick with him and before going in to see the principal, he didn’t know which hand it was going to be, so he coated both hands with rosin. I don’t know if it was really without the knowledge of the brothers. The brothers must have been aware that that existed. But that was the most painful means of punishment.

Louis-Charles Cloutier Blain (SHM): And that, that was at Saint-Patrice College?

Maurice Langlois: “I think it was in all the schools, but they had it among other things at Saint-Patrice, yes.”