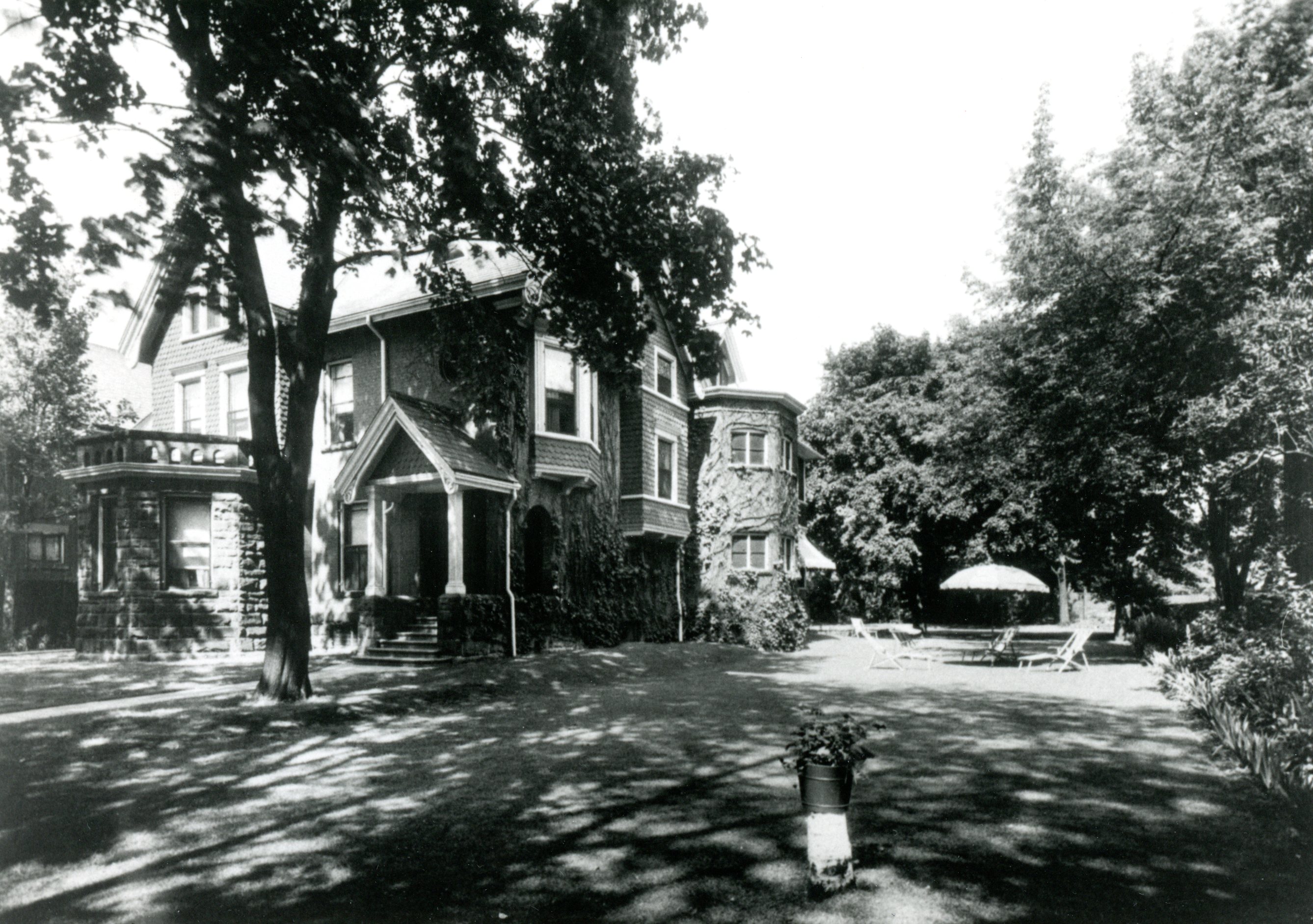 Audio Credits: From the collection of The Miss Margaret Robins Archives of Women’s College Hospital.

Interviewer: […] if we could go back to the, the student nurses accommodation for a moment. Could you describe sort of what they were like, in the, [thunderclap] were they dormitories or sort of semiprivate or private rooms?

Dorothy, Class of 1932: Well of course they were in the old houses, you know, and um, it just depended on how large the rooms were, whether you could get, uh, have two beds or three beds, or four beds in them. I don’t think there were any, uh, that only took one, one bed, so far as I can remember. They all had either two, three, or four beds. I don’t think there was, there were any that had more than four, except when we had [thunder sounds] when we had 74 Grenville Street and the night nurses used to come down from Rusholme Road to sleep [thunder sounds] on the top floor at 74 Grenville […]