Since the foundation of the Corporation du Moulin Légaré (CML), the community’s commitment to the survival of the Moulin Légaré has been expressed through the work of volunteers. Before describing this work and its impact in detail, it is interesting to consider why so many members of the community got involved in the organization when it was founded and have steadfastly supported it over the years.

In a document produced by the Réseau de l’action bénévole du Québec[1], volunteer work is described as a social act of sharing founded on the values of altruism and responsibility. Increasingly seen as an act of citizenship, the volunteer experience is shaped by a desire to build relationships, and by the causes and communities in which it takes root.

According to a 2015 study by Volunteer Canada entitled “The Canadian Volunteer Landscape”, the primary motivation for Canadians to engage in volunteer work is to contribute to the community. In fact, 77% of volunteers said volunteering allows them to put their experience and skills to good use, while 50% said they were doing it to meet people and build a social network.

Both those motivations are reflected in the stories the CML volunteers have shared. Most of the people taking part in this virtual exhibition started volunteering for the mill because a friend or acquaintance recruited them. The social network of veteran volunteers was and continues to be a pool of potential recruits. Some belonged to the same wine-tasting group while others came to offer a helping hand or provide the group with the benefit of their unique skills. Although friendships are often the starting point of volunteering, it is also these relationships that make the experience so rewarding and encourage continued engagement over time.

While some the volunteers were approached by people within their social networks, many others have decided to get involved because the survival of the mill was so important to them. A number of CML volunteers were born in Saint-Eustache or the surrounding area. This treasure of local heritage was a constant presence as they grew up. By participating in the CML’s activities, volunteers help to preserve the Moulin Légaré, and thereby make their own small mark on the history of this landmark.

Watch and listen to some of CML’s volunteers talk about how they got involved.

Pierre Charron,  mayor of Saint-Eustache and former chairf the CML Board of directors 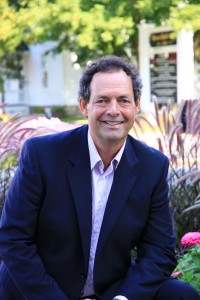 Audio clip with transcript: Pierre Charron on how he got involved

Pierre-Paul Renaud, volunteer and former member of the CML Board of Directors 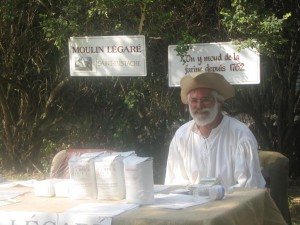 Audio clip with transcript: Pierre-Paul Renaud on how he got involved

Patrice Paquette, volunteer, former vice-chair and chair of the Board of Directors. Currently a Saint-Eustache municipal councillor 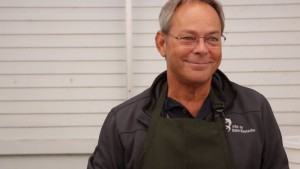 Audio clip with transcript: Patrice Paquette on how he got involved

View this video with a transcript: Luc Raby on how he got involved

The beginnings of efforts to preserve the Moulin Légaré