The first steps taken to preserve the Moulin Légaré go back to the early 1970s. When brothers Donat and Philippe Légaré started to talk about selling the family business, the future of the building, the craft of milling, and the production of flour in the community looked uncertain. The brothers had been running the mill since the death of their mother Virginie Villiotte (1869-1963), but were concerned that they had no successors to take up the torch. At that time, both brothers were living with their sister Lucille in the house that is still located at 232 Saint-Eustache Street. The three children had never married and were all childless. In 1972, the two brothers visited Guy Bélisle, a notary who had recently been elected Mayor of Saint-Eustache, and informed him of their intention to sell the mill.

In 1976, another actor became involved. The Société d’histoire de Deux-Montagnes (SHDM) began considering how the mill might be preserved. On March 9, 1976, its members met and formed the Corporation du Moulin Légaré (CML) interim committee to study the feasibility of setting up a para-municipal non-profit organization that would acquire the building.

The members of the CML hoped to raise enough funds to buy the Moulin Légaré. So they organized a fundraising campaign to solicit the business owners and merchants of Vieux-Saint-Eustache. Despite all their efforts and the generosity of the community, they had to face reality: the funds they were able to raise were not sufficient to buy the mill.

Two subsequent events created the favourable conditions needed to acquire the Moulin Légaré: the designation of the mill as a historic landmark in 1976 by Québec’s Cultural Affairs Department, and the official establishment of the CML that same year .

Finally, on November 20, 1978, the status of the mill changed from private property owned by the Légaré family to public property, thanks to a tripartite agreement signed by Québec’s Ministry of Cultural Affairs, which provided a subsidy of $80,000 to buy the building, the City of Saint-Eustache, and the CML. That is how the City became the owner of the mill and entrusted the CML with its operation. The participation of those three parties ensured the future of the Moulin Légaré, which is still thriving today 40 years later, thanks to the effective work of the CML and the commitment of many people.

Listen to Guy Bélisle’s account of the signing of the bill of sale for the mill. 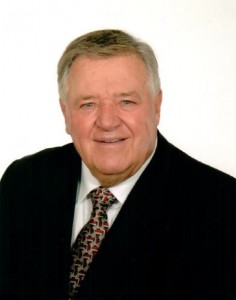 Audio clip with transcript: Guy Bélisle on the sale of the Moulin Légaré