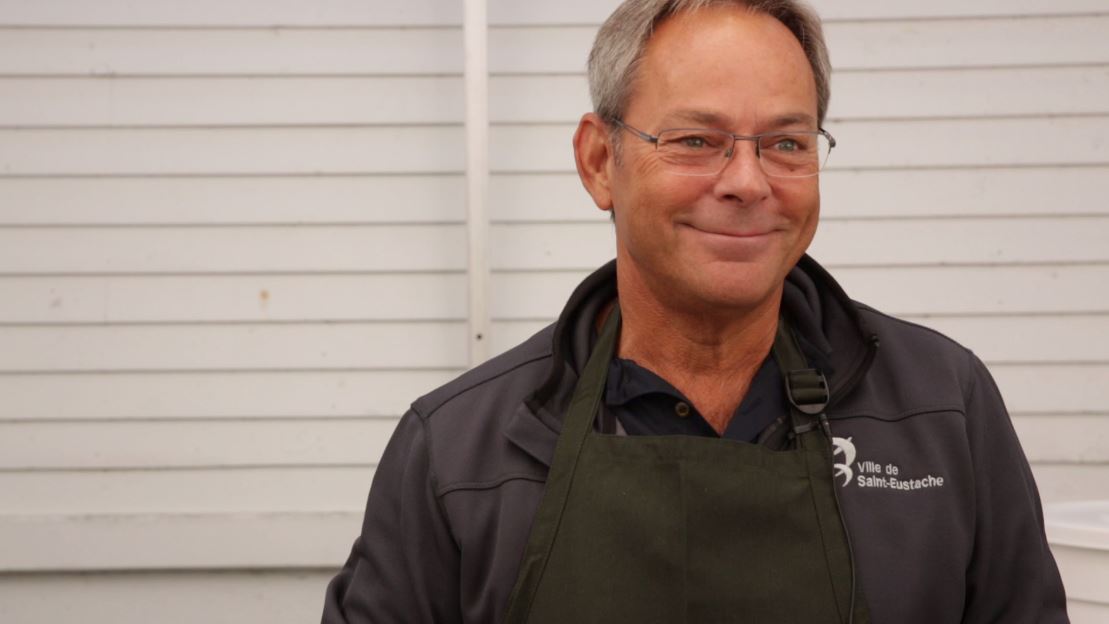 Patrice Paquette: I joined the board as one of the directors. It was a big learning curve, but my education helped. (I had a degree in public relations and advertising). At that time, the Moulin Légaré was nothing like it is today. Resources were extremely limited, and people started asking me if I could look after our PR, organize press conferences when we had something to announce. They were actually pretty minor announcements, but back then, they were important. We’d spent a whole night bagging flour to sell: that was big enough news for a press conference. There were no events like the Festival de la galette; we had no major events like that to announce, just tours of the mill. I organized my fair share of those press conferences, explained how the mill works, the millstones, the bolter, and so forth. There was the PR work, the advertising, customer relations, all on a volunteer basis, of course. It was work I had been asked to do, and I loved it. Of course later I became vice-chair and then chair of the Corporation, so I was more involved in the administrative side of things.