White Buffalo Calf Woman’s legend is over 2,000 years old and is central to the spiritual practices of numerous Indigenous nations. 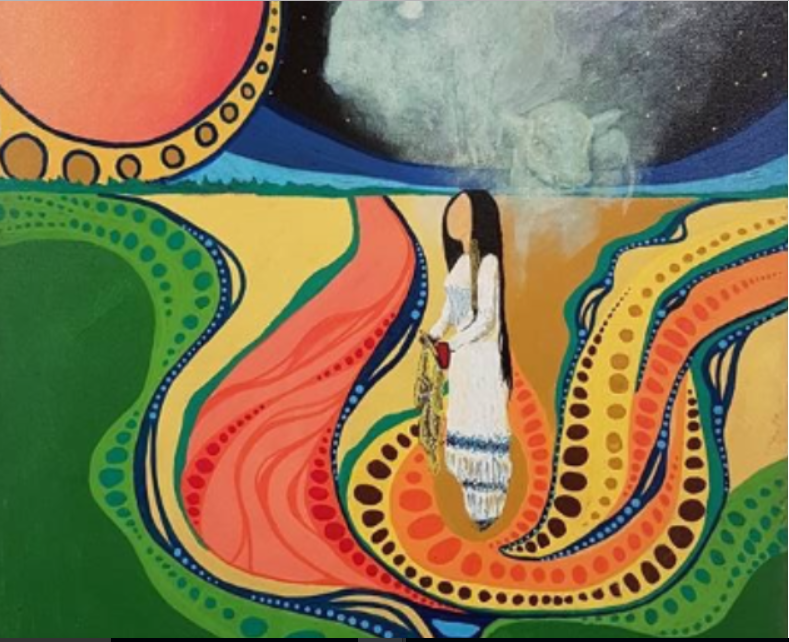 The Prophecy of the White Buffalo Calf Woman painting by Claire Beaulieu-Antoine, 2017.

The legend goes that one day two warriors were out hunting buffalo when suddenly they were encountered by the sacred entity of the White Buffalo Calf Women. When they first saw her, she appeared as a white buffalo calf. But as the pair came closer, she turned into a beautiful woman.

One of the hunters approached her with harmful intent, and then a black cloud came over his body and annihilated him. The other hunter kneeled and prayed, gracing her with respect. He was sent on a mission to return to his people and prepare them for her coming. 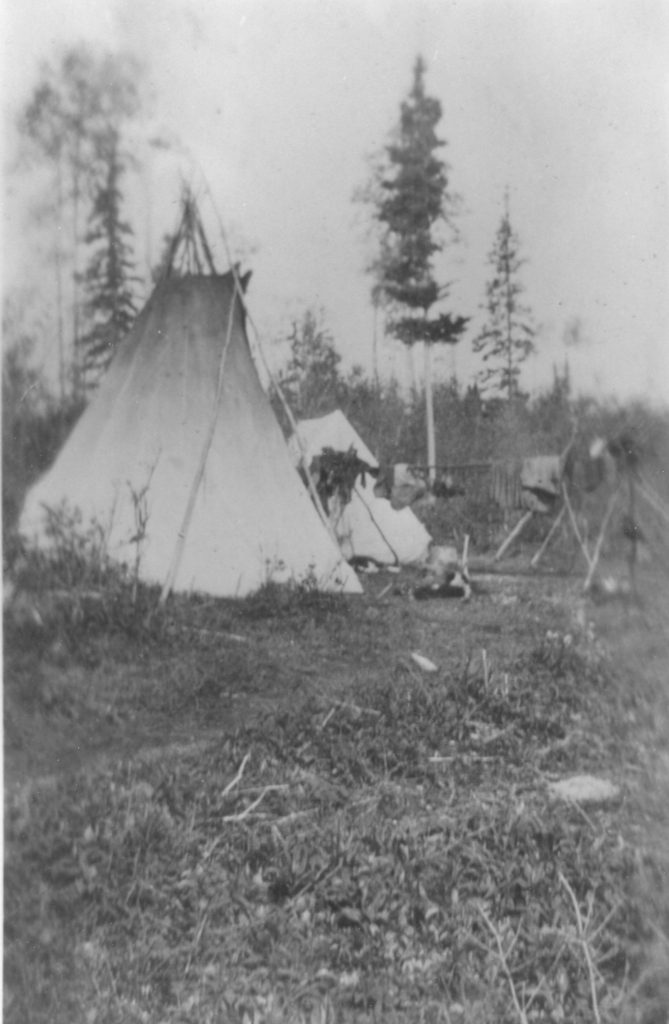 The White Buffalo Calf Woman arrived among the people, carrying a sacred bundle including the prayer pipe and a fan of sage leaves. 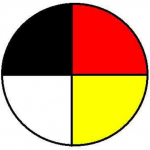 She changed from white to black, and then to red, then yellow. The colours symbolize the four races originating from four directions of the earth and embody concepts such as the four seasons and the sacred path of both the sun and human beings. The red represents Indigenous People endowed as stewards of the land. 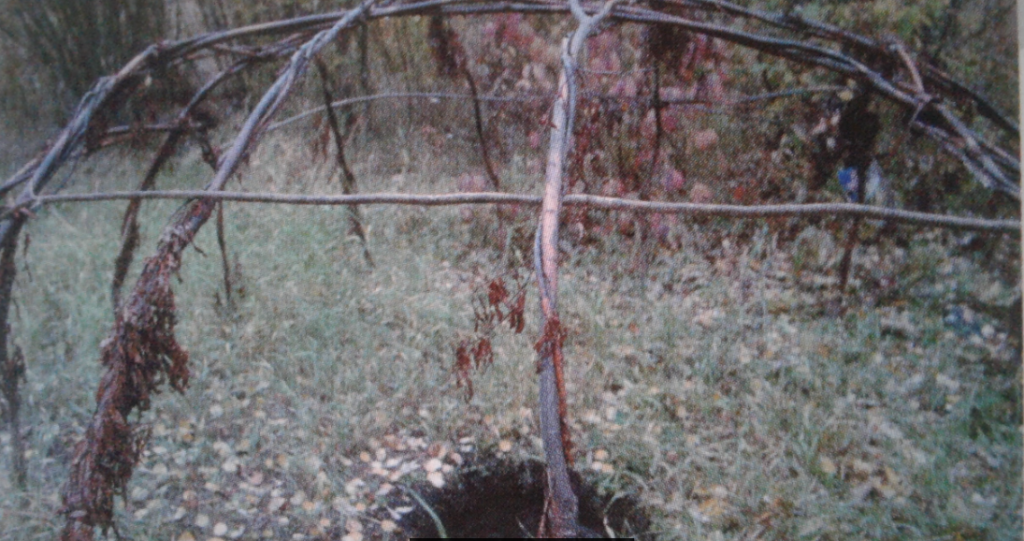 A sweat lodge frame made of bent willow branches, circa 1995.

Upon departure, she left the sacred bundle and promised to return to restore harmony and spiritual balance in the world. Women continue to be vital features in legends and myths.

Indigenous Women as Matriarch Boreal Forest: The Changing of History