“Mnaadendmowin — Respect: Have respect for all that is. All of the creations should be treated with respect. You must give respect if you wish to be respected.” 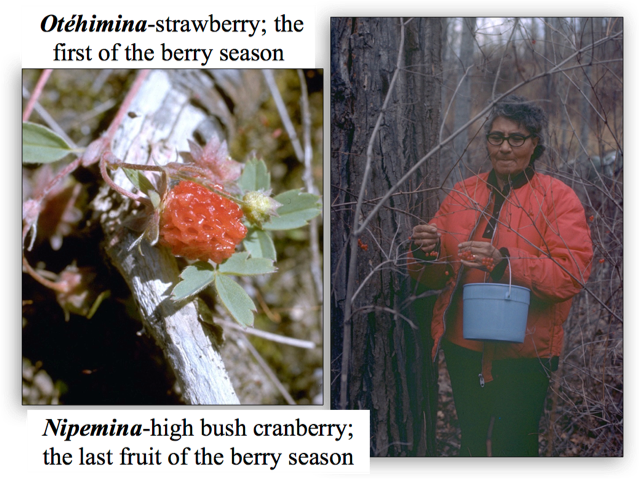 Katie Sanderson picks up some berries around Fort McMurray, 1975.

Katie Sanderson is one of Mary Rose Cardinal’s (also known as Granny Powder) children. Katie was born during an economic boom in the Wood Buffalo region on Oct 27, 1912.

Katie like her mom, Mary Rose, worked and lived in the trapline. Katie enjoyed looking after the bears that came by to visit by feeding them, and even going as far as shopping for something more appealing if the Bears did not like what was given to them. 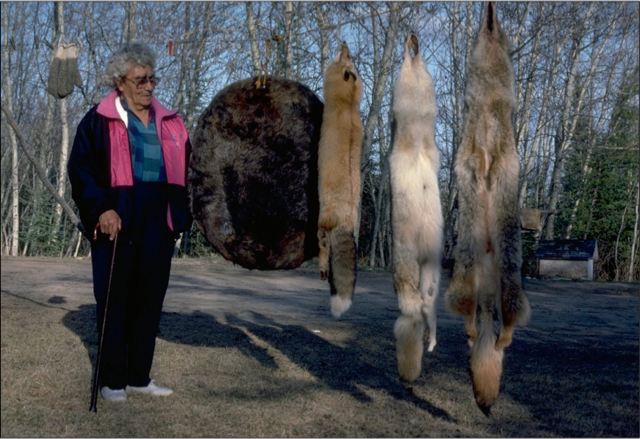 Katie with some of the animals she trapped in Fort McMurray, 1985.

Katie won several awards and recognition. The most notable of these was during the late 1960s to early 1970s. Katie held the title of “Queen of the North” at the Winter Carnival.

She won the award six times between 1966-1971 for doing tasks such as carrying flour, calling birds and moose, making a fire, and sawing logs. She again held that title for the tenth time in 1985 at the age of 73 and was still able to carry 231 lbs. of flour on her back. 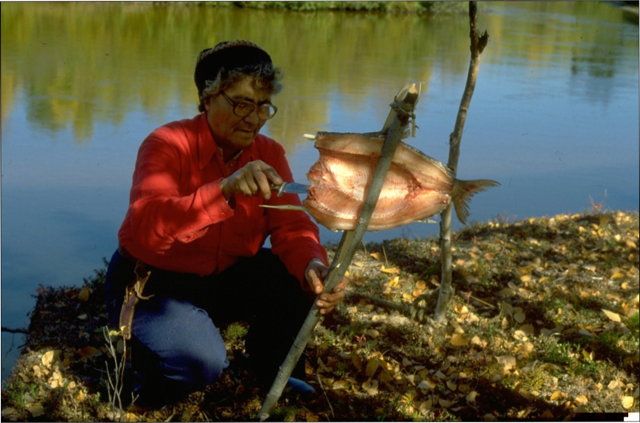 Katie loved the outdoors through every season and lived on what the land and water could offer around the boreal forest, 1975.

Katie trapped until she was eighty years old and was one of the best-known trappers in the area. For a long time, Katie lived a life of self-sustainability and did not purchase goods from the stores preferring to make them herself. Katie hunted, trapped, picked berries and grew a garden on the trapline. 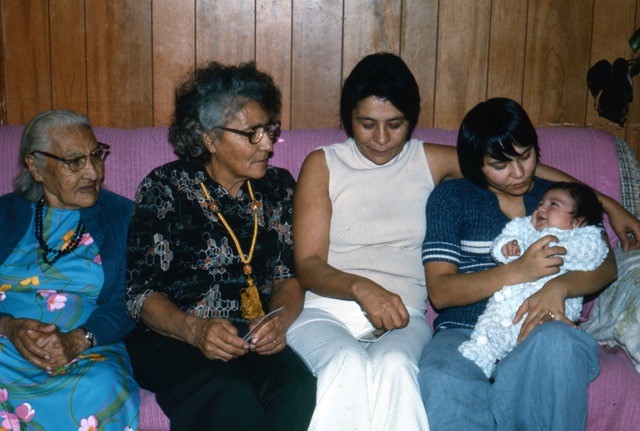 Katie’s work included promoting cultural awareness of Indigenous ways of life through the Nistawoyou Association Friendship Centre and the community as a whole. Her legacy reflected a strong link to the heritage and traditional way of life of Indigenous people pass on by her passionate mother, Granny Powder.