“Gwekwaadziwin – Honesty: Always be honest in word and action. Be honest first with yourself, and you will more easily be able, to be honest with others.” 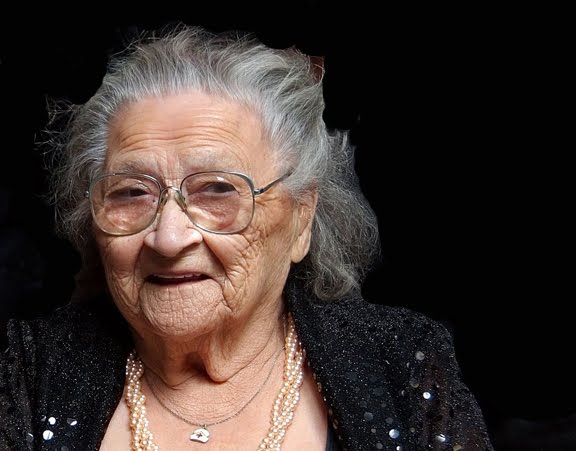 In 1908, Jenny Flett was born in the Fort Chipewyan area. Jenny was the oldest of ten siblings, and at an early age following the death of her mother, she helped her father support her family.

Jenny also learned the midwifery trade at an early age from her mother. She further honed her skills by studying the Doctor’s Medical Manual by herself. 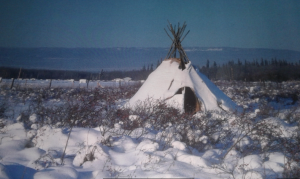 A conical tent smokehouse in 1989.

Jenny practiced midwifery until age 75. In her lifetime, she successfully delivered 487 babies.

Jenny travelled by dogsled to the women’s homes or teepees. Her only tools were a weighing scale, clean sheets, clamps and two pie tins, which were warmed on the stove or open fire to help with the delivery. When women she cared for could not afford to pay her, she would gladly accept any token such as fish, fur or fruits.

In honour of Jenny’s contributions to pre-and post-natal care, she was awarded a Lifetime Achievement Award at the 2003 Regional Aboriginal Recognition Awards. 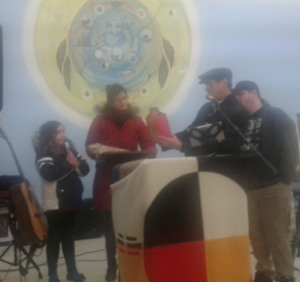 Trudy Plamondon and her daughter received an award on behalf of Jenny Flett at the Nistawoyou Association Friendship Centre in 2016.

At the age of 100, Jenny was accorded a nursing diploma from Keyano College’s Fort Chipewyan Campus.

Jenny Flett died at the age of 101, still knitting up until the very end of her life.

Jenny was a compassionate and generous midwife. Her life is a great example of dedication and resiliency, a legacy of love worthy of emulation and respect. 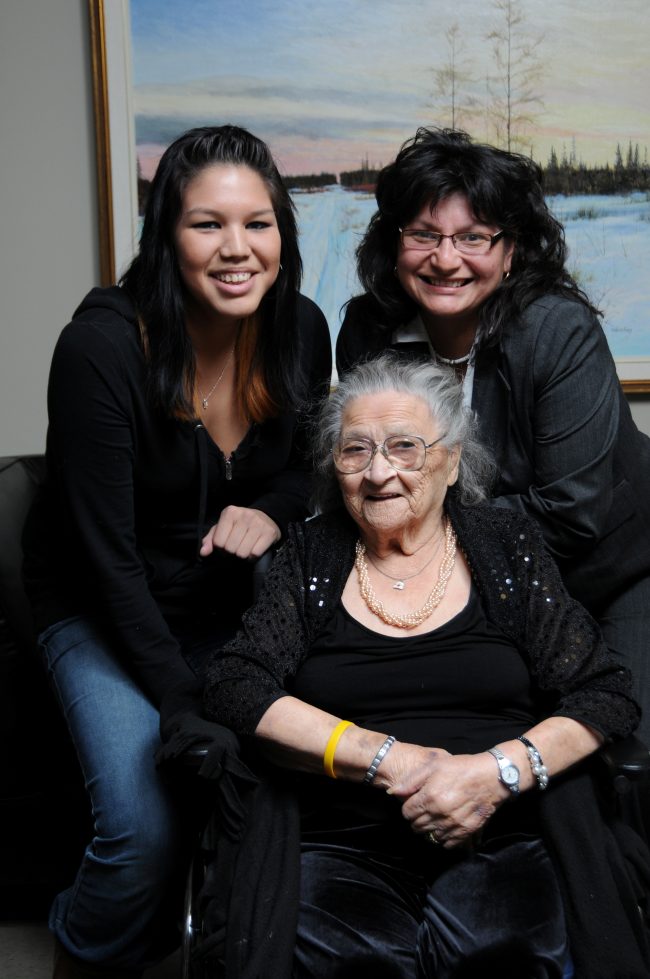 Jenny Flett with relatives at Keyano College for the 2009 Aboriginal Awareness Day in Fort McMurray.

Granny Powder: Traditional Knowledge and Midwifery The Friendship Centre: A Place to Gather