“A Native American grandfather talking to his young grandson tells the boy he has two wolves inside of him struggling with each other. The first is the wolf of peace, love, and kindness. The other wolf is fear, greed, and hatred. Which wolf will win, grandfather? asks the young boy. Whichever one I feed, is the reply.” 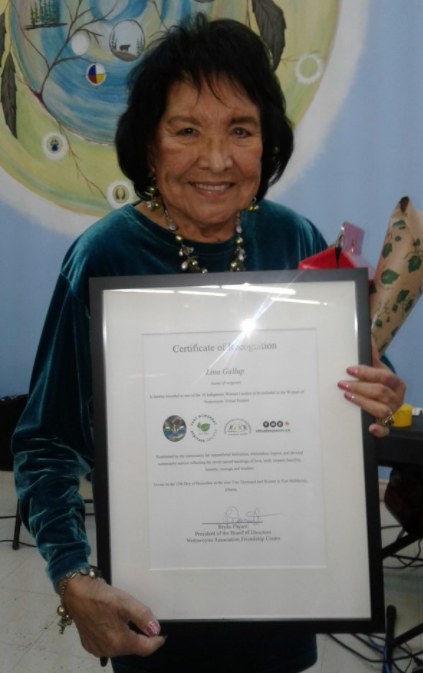 Lina Gallup holds her plaque after being recognized as one of ten Indigenous Women community leaders by the Nistawoyou Friendship Centre on December 13, 2016.

Lina Gallup was born on January 28, 1932, in the bush near Gánį Kóé (Fond-Du-Lac), and raised in a traditional way, surrounded by family and love in Fort McKay.

Lina’s community commitments are to children and youth development, media, and the arts. Her main three community focuses are building opportunities for artisans, encouraging youth to learn traditional skills and preserving and revitalizing Indigenous heritage and culture. 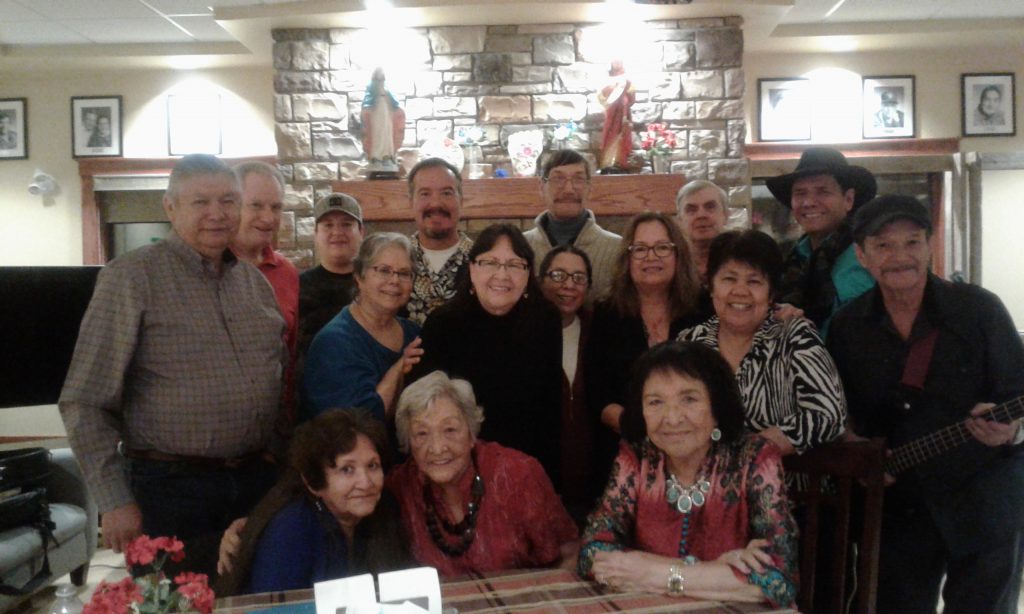 Lina Gallup celebrating her 85th birthday with family and friends in Fort McKay, 2017. 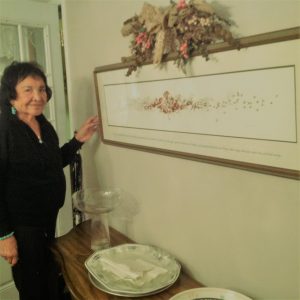 Working on behalf of children and youth, Lina served at The Indian Friendship Centre, Voice of Alberta Native Women and The Boys and Girls Club.

Lina’s pride and joy included running the first group home for Indigenous adolescents in Canada. She incorporated culture and traditions in her group home structure.

Lina served as President of the Native Canadian Child Care Services. She has worked with over 2,000 youth and some of them are still in touch with her.

Lina’s focus on media and the arts led her to serve as a board member and Executive Director of Indian News Radio, Kainai News, and Blackfoot Radio.

She was also connected to several projects in partnership with universities and served as the Chairman of the Contemporary Indian Issues Lecture Series. 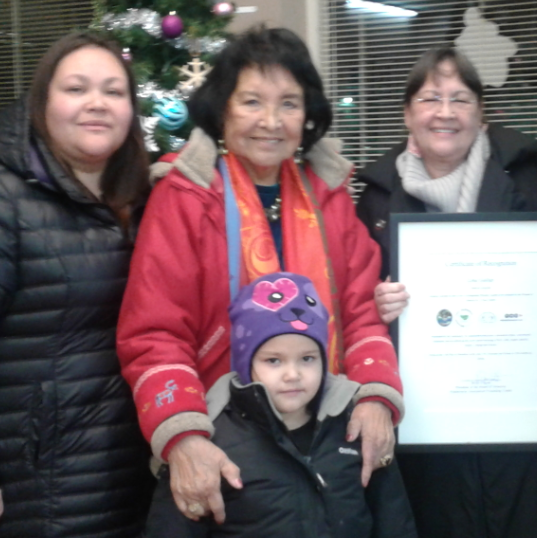 Lina Gallup’s four generations, including her daughter, daughter-in-law, and granddaughter in Fort McMurray, 2016.

As a social innovator, she is resilient and a true inspiration. She turned her residential school experience into a driving strength. Lina’s advocacy and work with children safeguard Indigenous continuity.

Her focus on media and the arts are ways of legitimating Indigenous cultural presence. Her awards include Female of the Year, Fort McKay Celebration of Success and Volunteer of the Year Award, City of Calgary.

Nancy Woodward: Preserving Language and Heritage Advocacy: Local and Beyond