“Nbaakaawin – Wisdom: To cherish knowledge is to know wisdom. Wisdom is given by the Creator to be used for the good of the people.” 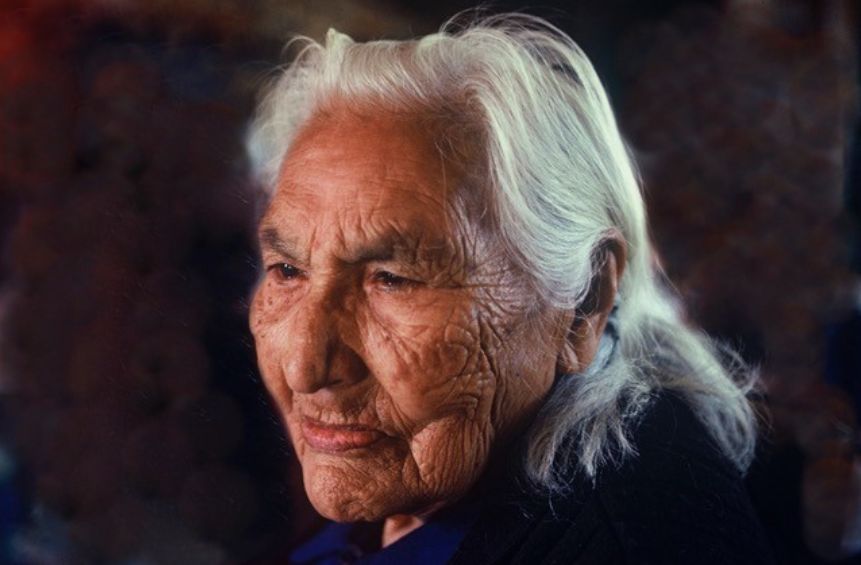 Mary Rose Lapoudre (Cardinal) was 14 years old when the North-West Mounted Police opened the post at Fort Chipewyan in 1899 and when Treaty 8 took place. She came to Fort McMurray in 1922. 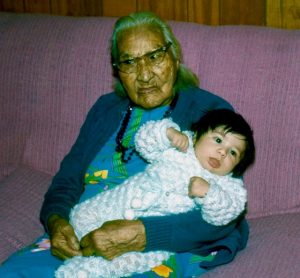 Her husband Jonas died, leaving her with ten children to raise alone. Her self-sufficiency, creativity, and ability to adjust to structural changes sweeping her environment are legendary.

She trapped, developed and administered curative, made handicrafts and beadwork to support her ten children. She went on to help others survive. 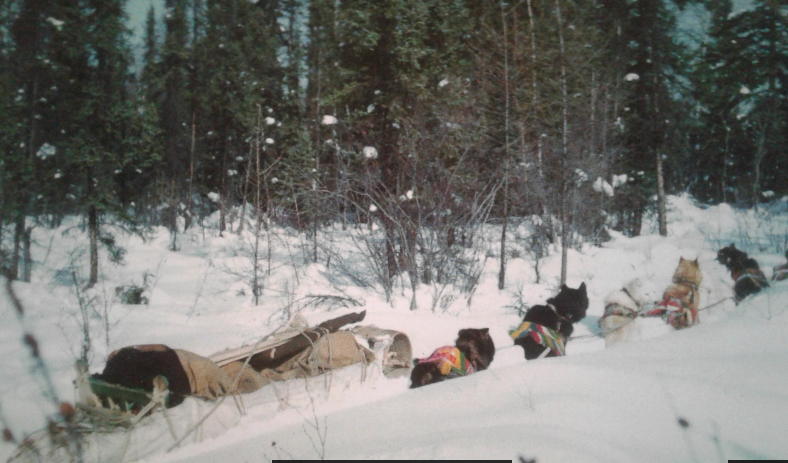 Using a dog sled was a means of transportation during Granny’s time in the 1950s.

Mary Rose, fondly called ‘Granny Powder’ in the community, was well known for her herbal knowledge and her ability to combine bush and contemporary medicine to make concoctions to help cure people’s maladies.

Granny’s most memorable medication known to the community was made from the odour sack of a skunk which was used as a local anesthetic for toothaches. 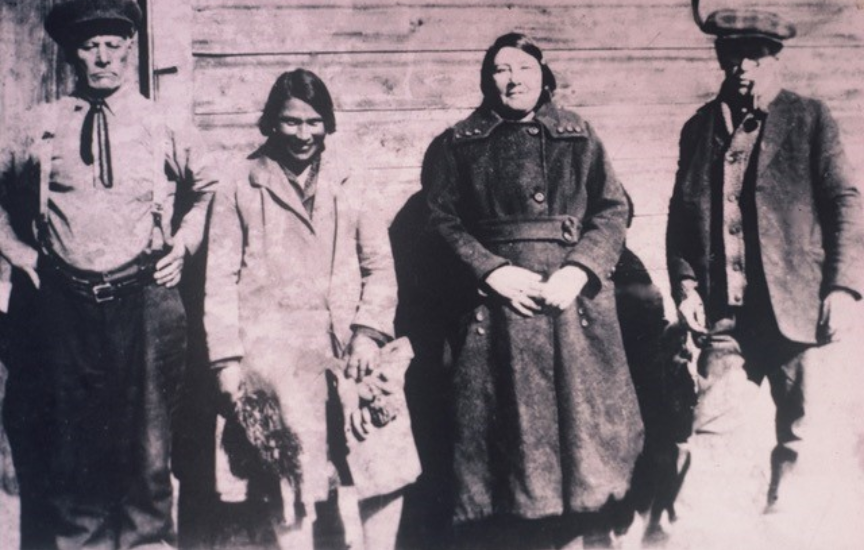 Mary Rose was also an accomplished midwife who delivered 56 babies, including a few of her grandchildren.

In 1978, she was honoured as the distinguished guest for the grand opening of the new modern hospital and cut the ribbon at its ceremony in Fort McMurray. She was 93.

Granny passed away on the exact date and time she predicted six years later at the same hospital.

At the time of her death, she was the last surviving person from the Frog Lake area. She was a manifestation of a true Matriarch rooted in the values of Indigenous culture and heritage. 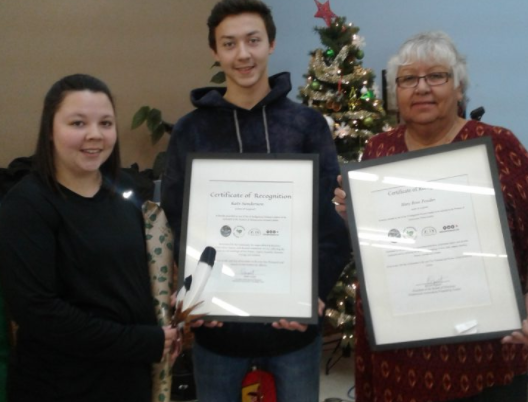 Boreal Forest: The Changing of History Jenny Flett: Dogsled and the Woman Doctor