As it was described in the chapter Year 2015 – On the trail of the first inhabitants, the site was found following fortuitous discoveries made by nature lovers of all kinds. This type of discovery is very helpfull to archaeologists. Nonetheless, such a find must not become looting. 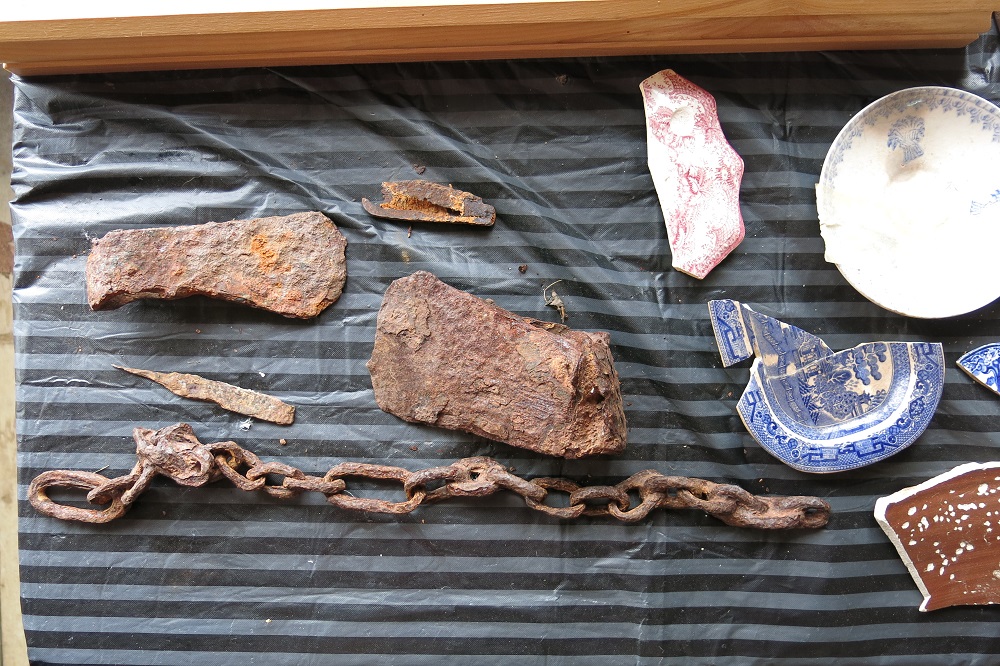 Pieces of metal from a fortuitous find, 2015.

It is absolutely normal for anyone to be intrigued by archaeological finds made by chance. Nonetheless, it must be understood that it is the spatial context that will secure to an artifact its archaeological value. This is why it is so important to prevent the physical disruption of a site. When a fortuitous find is made, relevant authority must be contacted right away, depending on the location of the discovery. In the case of Pointe-aux-Outardes, Archéo-Mamu Côte-Nord firm was contacted.

Apart form looting, archaeological sites car be threatened by Mother Nature herself. One of the most common threat that archaeologists have to deal with is erosion. The reason is quite simple. Many human occupations through time happened close to watersheds, as it was the case with Pointe-aux-Outardes. As described in 2017 – The Archaeological Survey Resumes, erosion was threatening the combustion structure found in 2017 and dig in 2018.
Time proved that our worries were founded. A few weeks after the 2018 digs, we went back to the site to find that the bank where the structure stood was seriously reduced. It showed that without the digs of 2018, these archaeological data would have been lost forever. 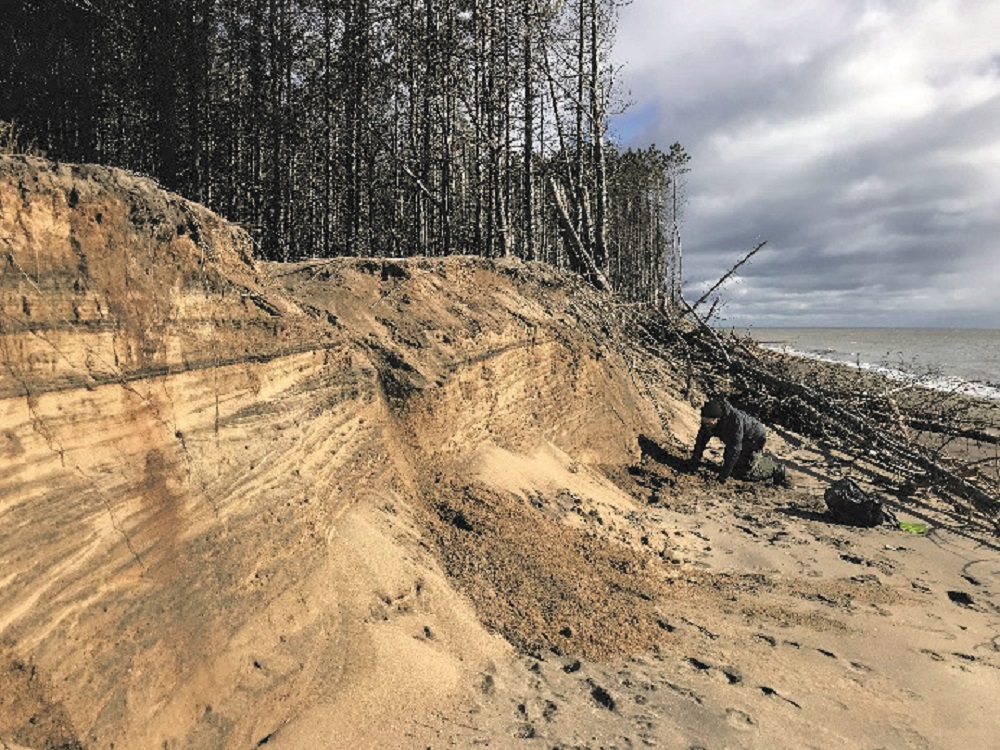 Eroded sandbank close to the combustion zone found in 2017, 2018

This phenomenon is amplified by the ongoing climatic change that accelerates the erosion process.

The Pointe-aux-Outardes site case can teach us how to protect a threatened archaeological site.