The first archaeological survey carried at Parc nature de Pointe-aux-Outardes led to the discovery of 419 artifacts, found in the park’s pine grove, upshore from the St-Lawrence estuary. 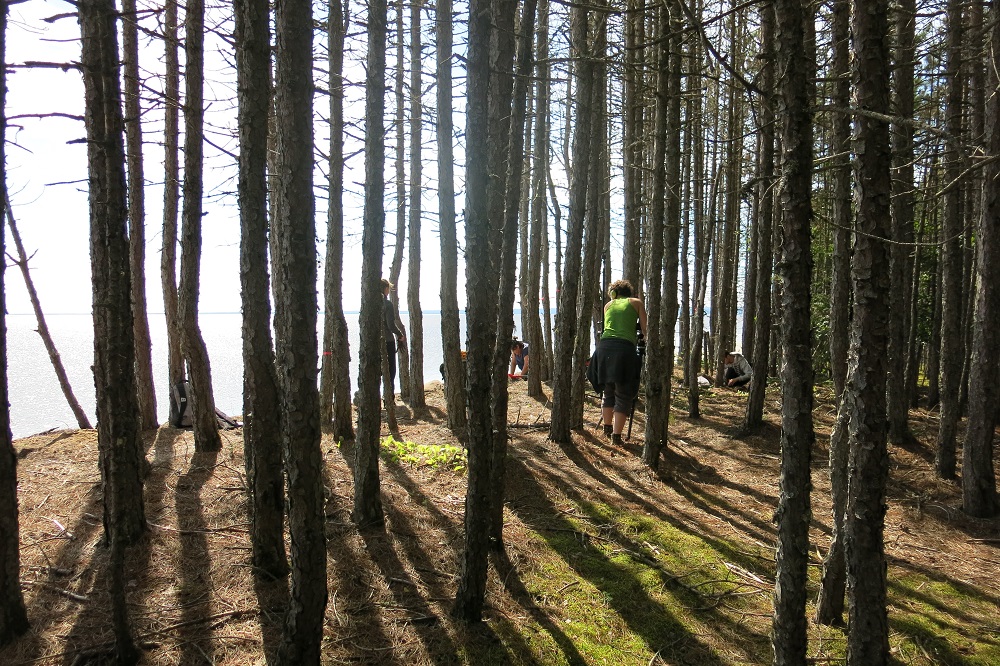 The pine grove where the finds were made, 2016 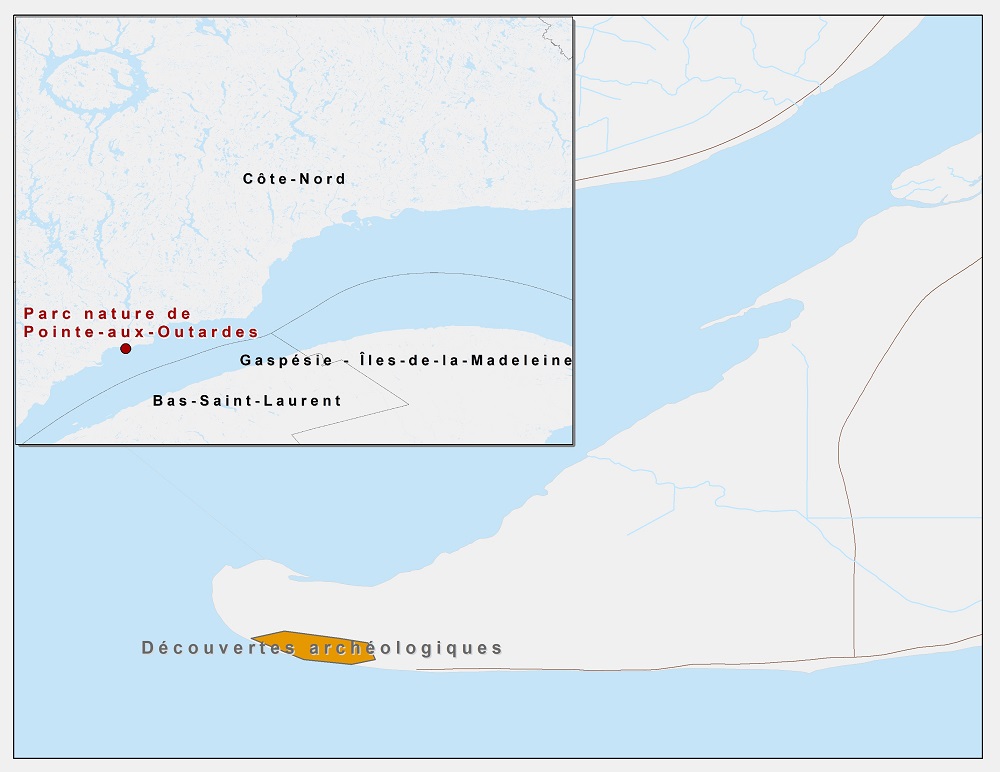 Situation of the potential zone at Pointe-aux-Outardes

These discoveries were mainly associated with an eurocanadian occupation. Facing the sites, on the beach, were also found three structures of wooden poles. They are most probably the remnants of ancient weir fisheries, which were fish traps of common use in Eastern Quebec until the beginning of the twentieth century. 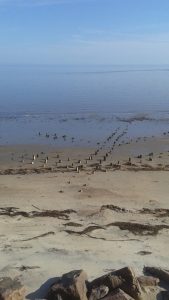 An ancient weir fishery at the point

A few small red stone flakes were also found, suggesting that First People had visited this place and knapped stone. But the moment of their presence still could not be dated.

The most interesting artifacts came from a pit dug by Mrs Vanessa Copeau-Collard. They are sherds of various European containers. They include food stockage plates and service plates, like plates and bowls. One of these bears the name of its British manufacturer, Powell & Bishop, which operated from 1876 to 1878. Among other finds are cut nails, sherds of mould-blown glass, the foot of a porcelain doll and glass sherds. 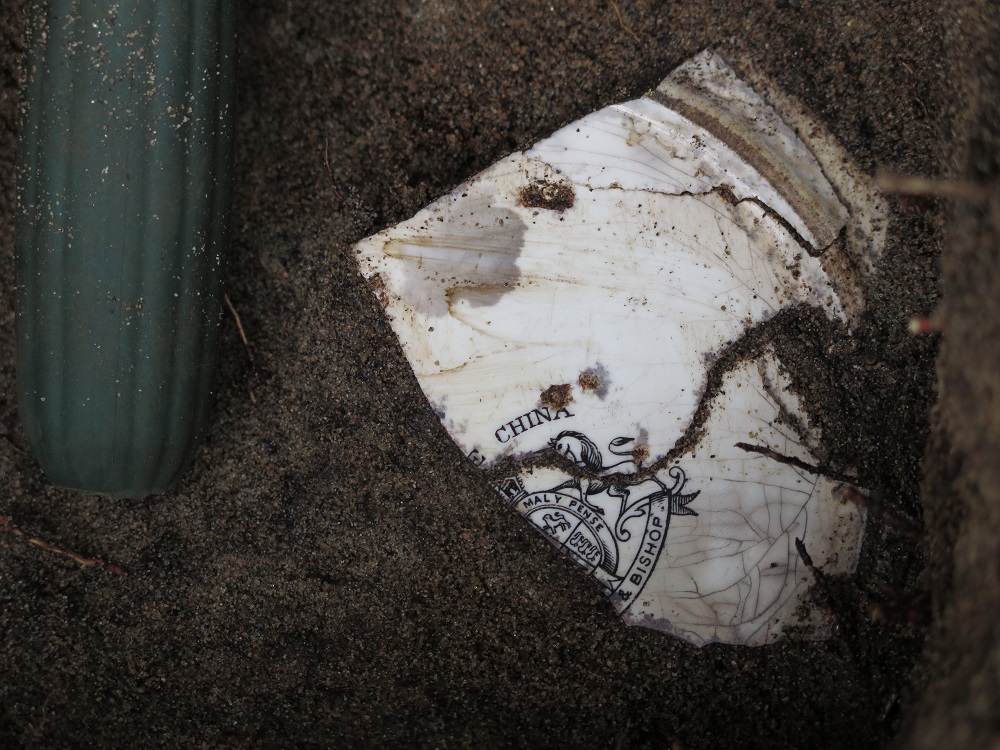 Sherds of a ceramic plate bearing the name of its fabricant, 2016 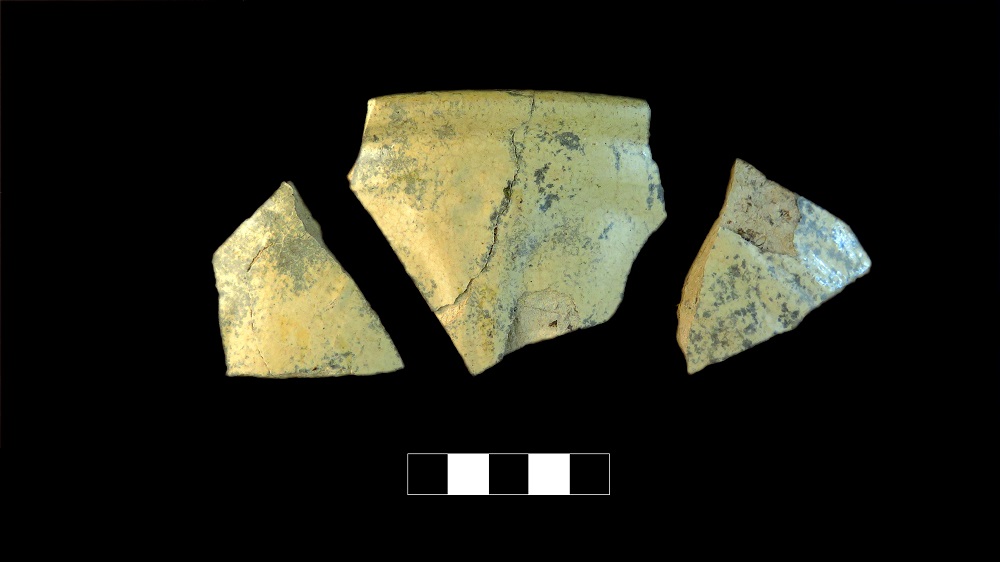 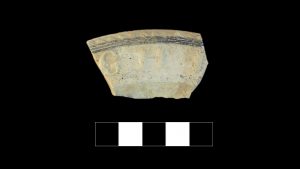 Rim sherd of a plate with incomplete inscription, 2016

This collection was a testimony that one or a few families had lived in this vicinity from the 1800s, most probably until the beginning of the 1900s. Nails and glass sherds suggest that their dwellings were not very far from the location of the finds.