A passionate birdwatcher, Mr Denis Cardinal walks the Park’s beaches on a regular basis, hoping to observe some rare avian specimens. He also keeps an eye on the ground, aware that evidence of Pointe-aux-Outardes’ ancient inhabitants might appear. His finds amount by the hundreds, including European ceramic plates, old glass bottles and more ancient stone tools. 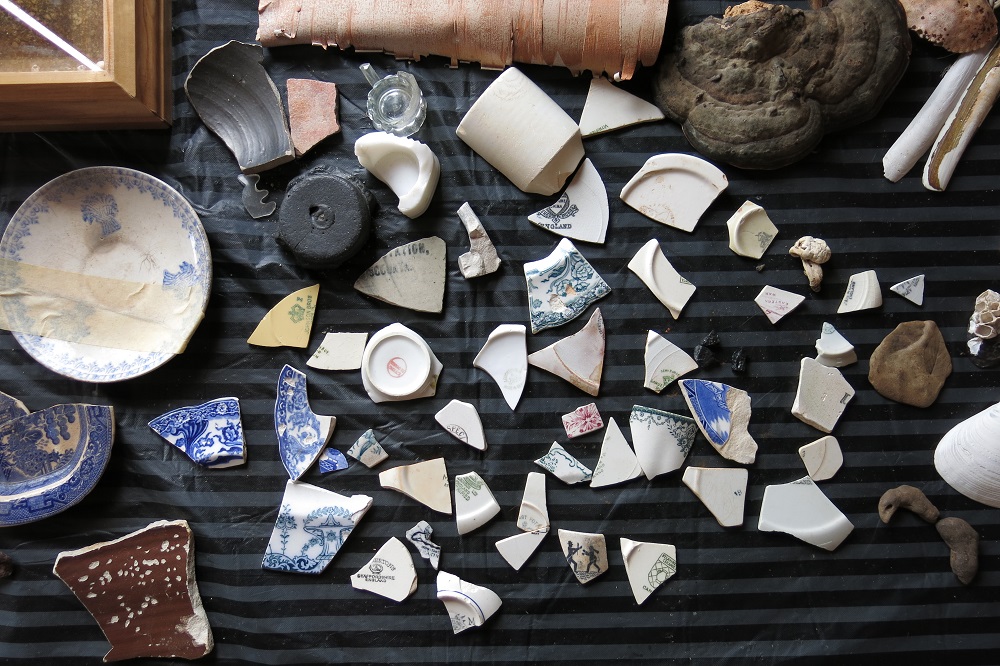 Some incidental findings from Pointe-aux-Outardes. 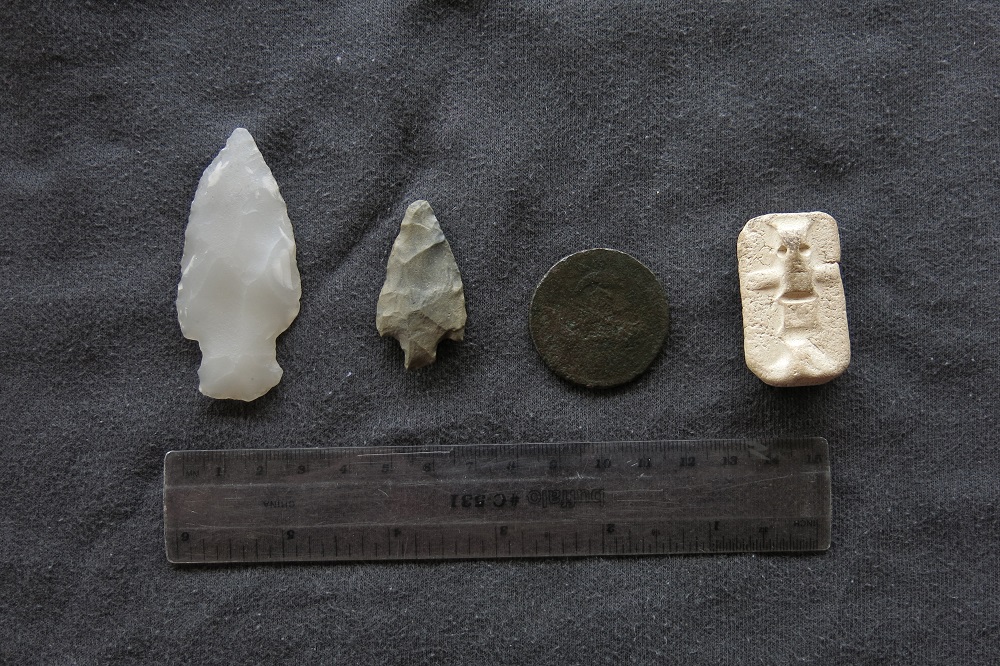 Artifacts found at the Park by Mr Denis Cardinal, 2015

But Mr Roger Dumont’s discoveries were made at an even earlier time. In the 1960s and 1970s, while exploring the Park with amateur archaeologist Mr René Lévesque, they found a cluster of artifacts on Pinède beach, in the southeastern portion of its territory. It revealed many stone projectile points lying among a stack of forged iron and horse shoeing nails. These finds convinced him that First Nations people and Canadian farmers of European origin had lived in this region in the past. 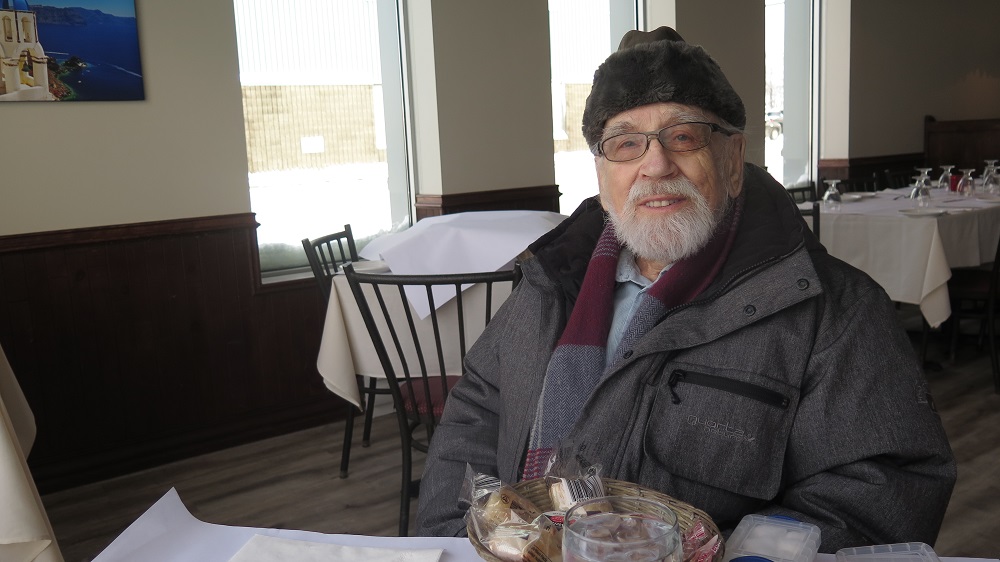 A First Visit by an Archaeologist

In the summer of 2005, Mr Denis Cardinal informed a group of archaeologists associated with Archéo-Mamu Côte-Nord of his discoveries. During a public event, he was assisted by an Archéo-Mamu archaeologist in documenting the sites of his finds, and in sharing the stories they reveal with visitors. The historical value of the Park had become obvious, and an official archaeological survey was organized within its limits for the following year.