In the summer of 2018, the digs were carried on in the combustion zone found the previous summer. Being threatened by erosion, there was an urgency in extracting as much data as possible from that structure.

Hence, test pits were replaced by an intensive dig. Test pits 30cm2 are very usefull in sampling a high archaeological potential zone in a short time, but don’t translate in a lot of data pertaining to the site.

A palaeohistorical dig takes a lot more time, but is carried on in order to reveal as much information as possible on a newly found site. Its first step is to create a large grid of many 1 meter square unit. These units are then divided in 4 quadrants corresponding to the four cardinal points. Afterwards, diggers can excavate one quarter at a time, writing down very precise data on the location and depth or their finds. 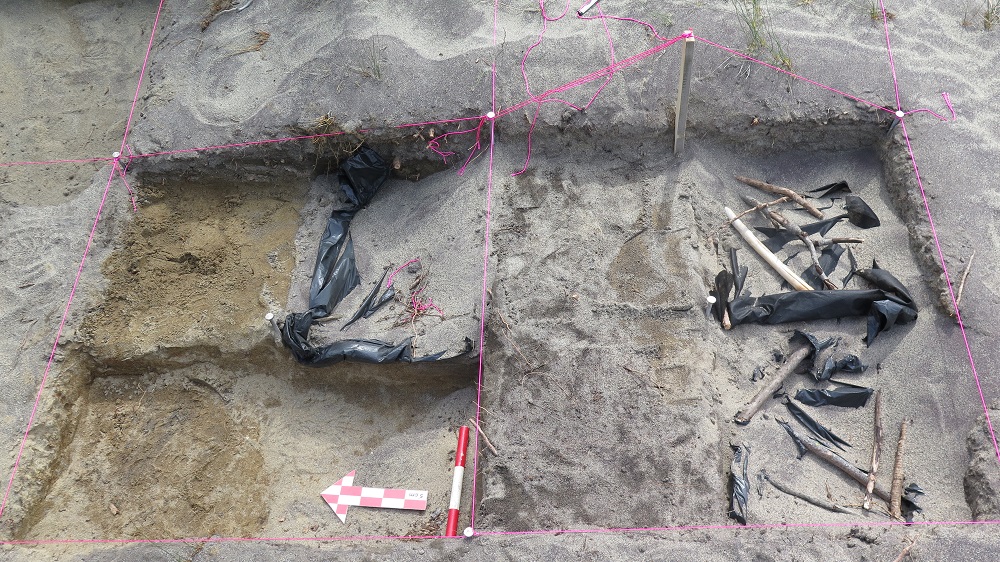 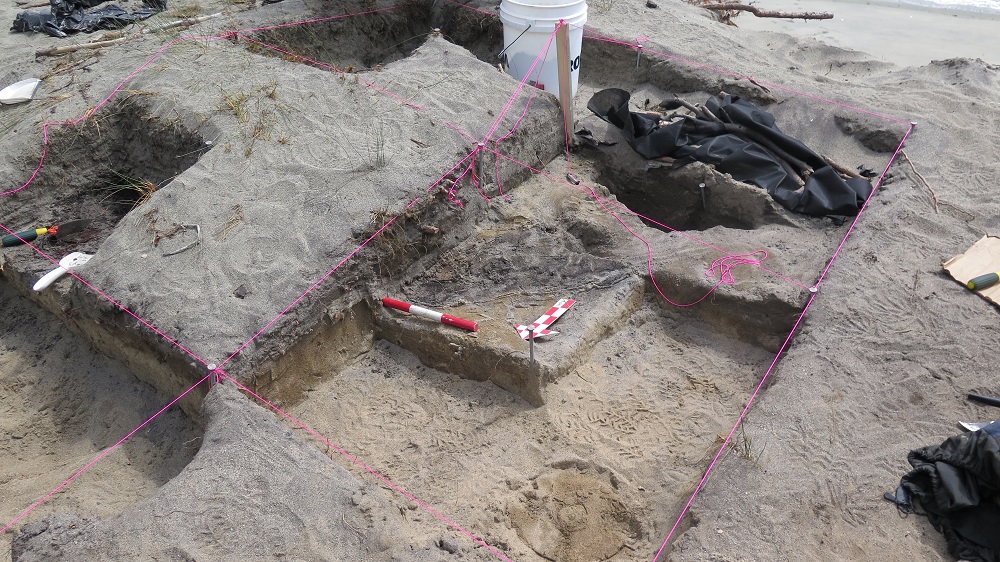 Not only the spatial division of a dig pit is made on a horizontal basis divided in quadrants, but also on a vertical one based on stratigraphy. Stratigraphy is the study of a soil’s different layers and the localization of artifacts within these. The accumulation of layers in the ground results from a logical process, with the recent layers covering the more ancient ones. Hence, it is extremely important to understand from which layer comes an artifact, because two artifacts found in the same quadrant but in distinct layer can be associated to two very different chronological periods. 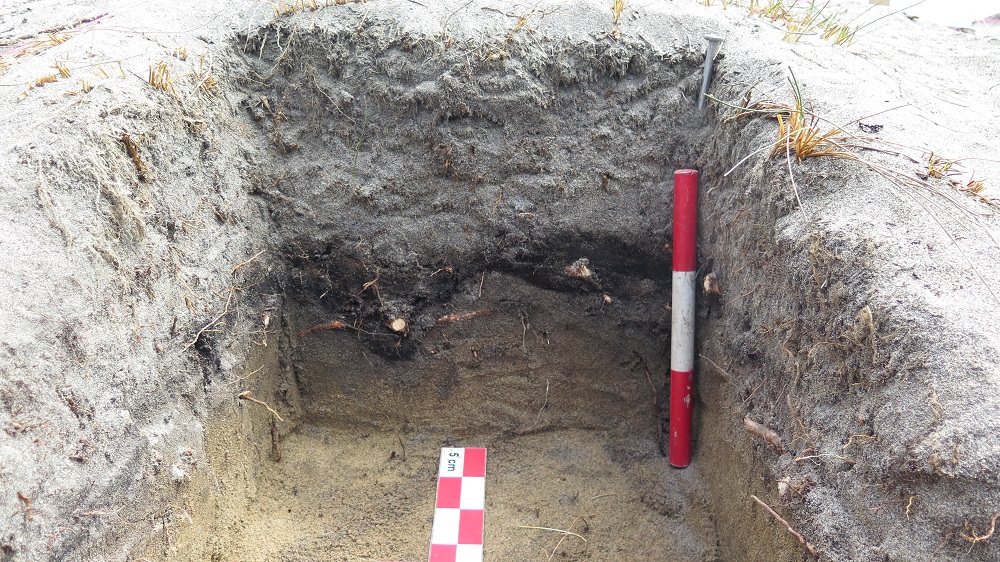 An example of stratigraphy of the wall of a survey pit, 2018

This method was observed by Pointe-Aux-Outardes’ diggers in order to understand the combustion structure found the previous year.