Intrigued by the discoveries, many visitors came to see the site to learn a little bit more about what was happening at the Park. Some would try to give a meaning to the finds, but almost every visit gave to the archaeologists an opportunity to learn more about the Point’s recent past. Its history and its vestiges were almost becoming alive!

In August of 2016, while the team was investigating the pine grove’s soil, a visitor by the name of Elzear Lévesque showed up. His white hair were a sign of his venerable age, an age that he never wanted to reveal! Still, he admitted having lived at Pointe aux Outardes in the 1930s and 1940s, until he was nine. After a short chit chat concerning the artifacts, he looked at the pines surrounding him, saying that when he was young only a sand dune was to be found in this area. 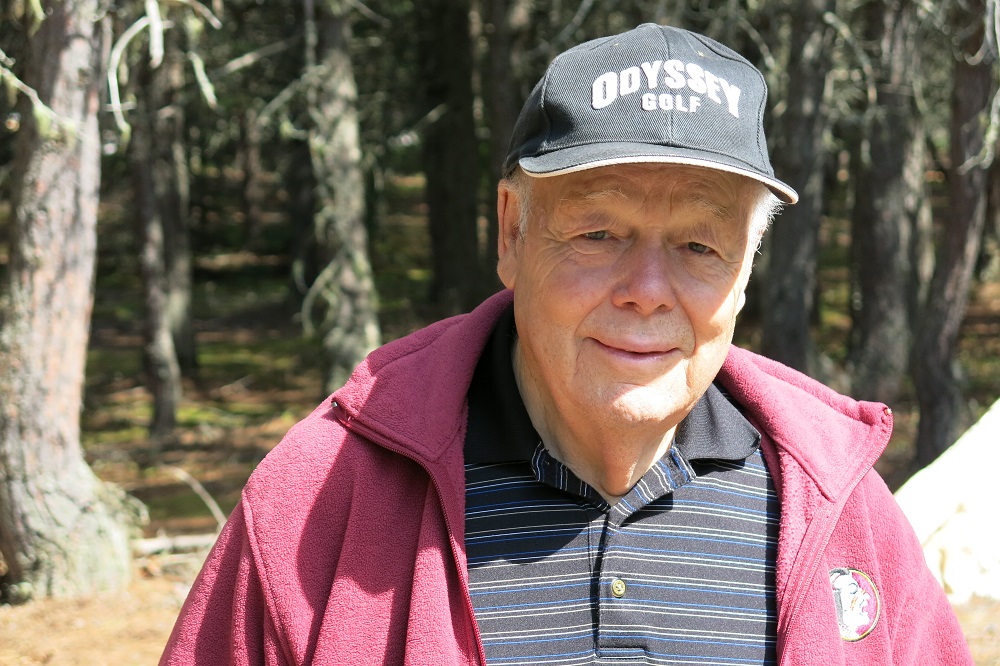 Some proofs of Elzéar’s reminiscence

Sceptical ones might have said that his souvenirs were tainted with confusion after all these years, but his statement connects with the historical data. Research led by historians Charles Blais, Marc Brisson and Pierre Frenette shows that clearing and agriculture had fragilized the point’s soft soil. Under the effect of the shore’s strong winds, sand dunes were rapidly formed, covering the fields of many cultivators. In order to stabilize these soils, 83 acres were reforested above the tide’s line, between the 1930s and the 1950s.

The soil’s new fragility had also eroded the shore and many traces of the point’s past occupation. Elzear recalled having found many artifacts along the beach, just like the team was about to do in the afternoon following their conversation with this man. The natural degradation of the vestiges, since the 1930s at the least, led everyone to believe that an important part of the Point’s archaeological heritage had been covered by the dunes, or simply washed away by the St. Lawrence. 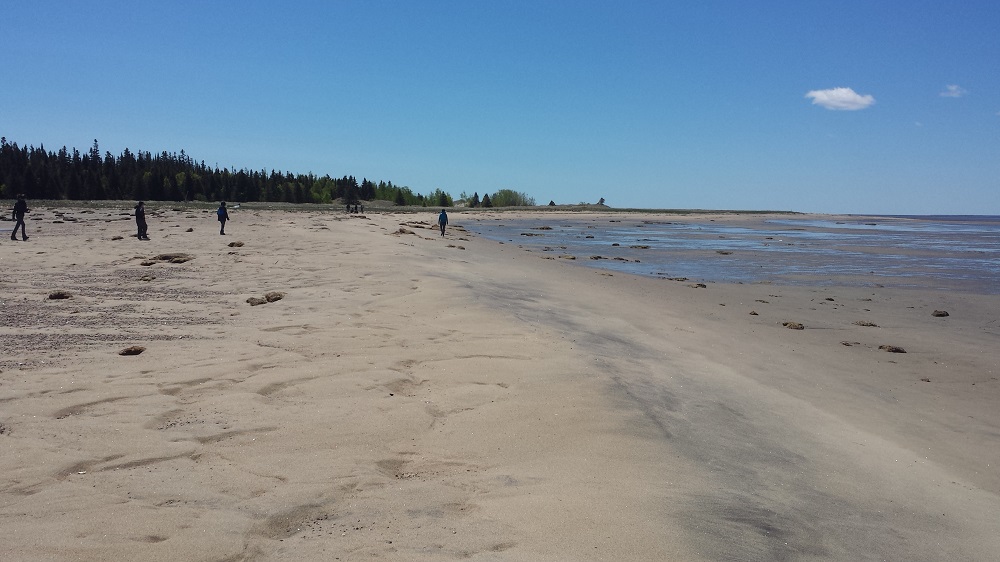 A group of volunteers combing the beach, 2016