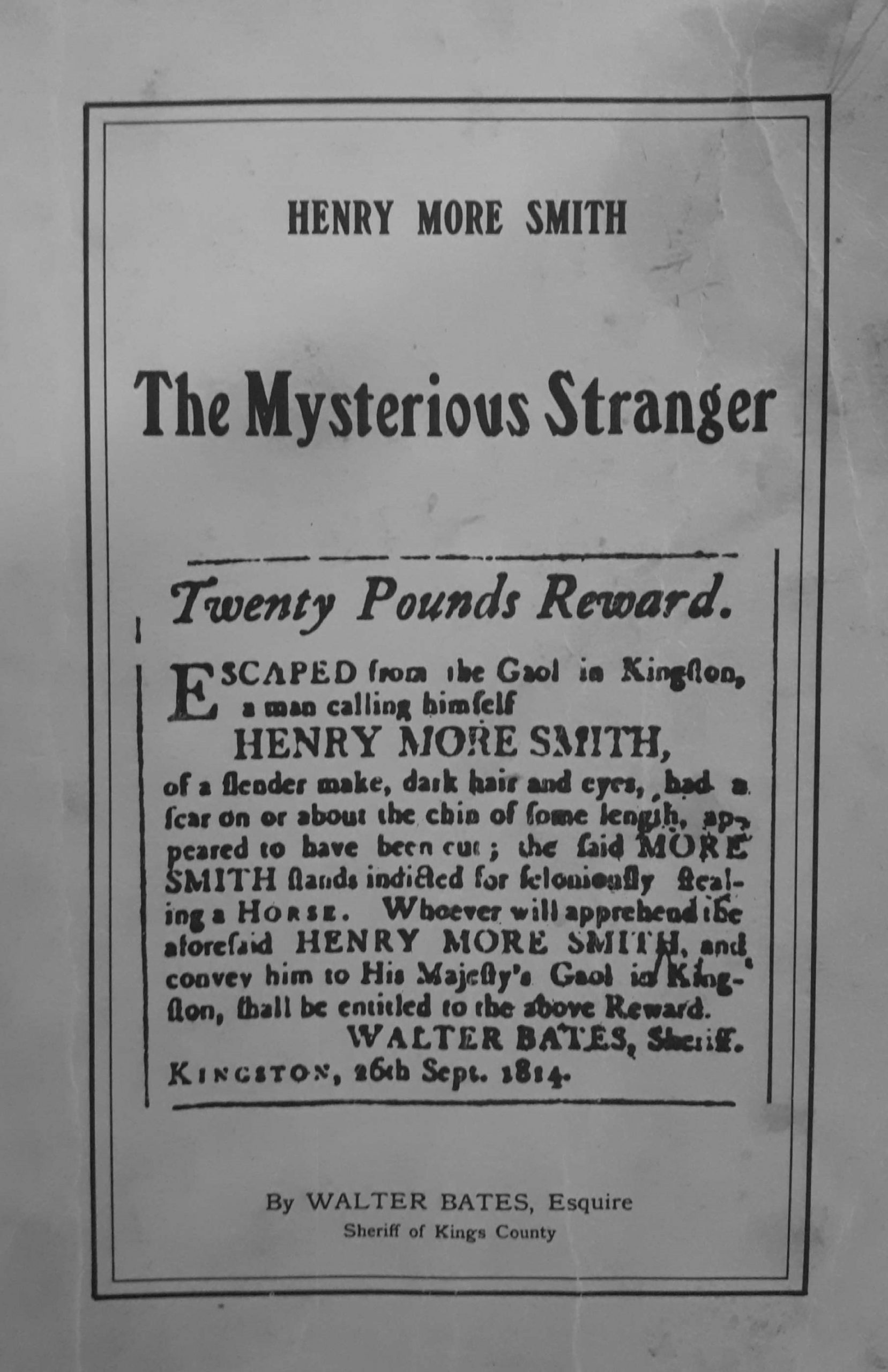 The Mysterious Stranger became an international best seller when it was published in 1817.  The memoire recounts the exploits of a burglar and confidence man who went, at times, by the name Henry More Smith. The book also tells us something about the region and its inhabitants. Among the people mentioned is James Patterson, a black man who had come to Canada with the Loyalists as a indentured servant. He received a reward for the capture of Henry More Smith who at the time was New Brunswick’s most wanted criminal.

This book cover is a reprint of a September 26, 1814  wanted poster.  It  offers a reward of 20 pounds for returning an escaped horse thief, calling himself Smith, to the Kingston Goal. He is described as slender man with dark hair and eyes and a long scar on his chin.