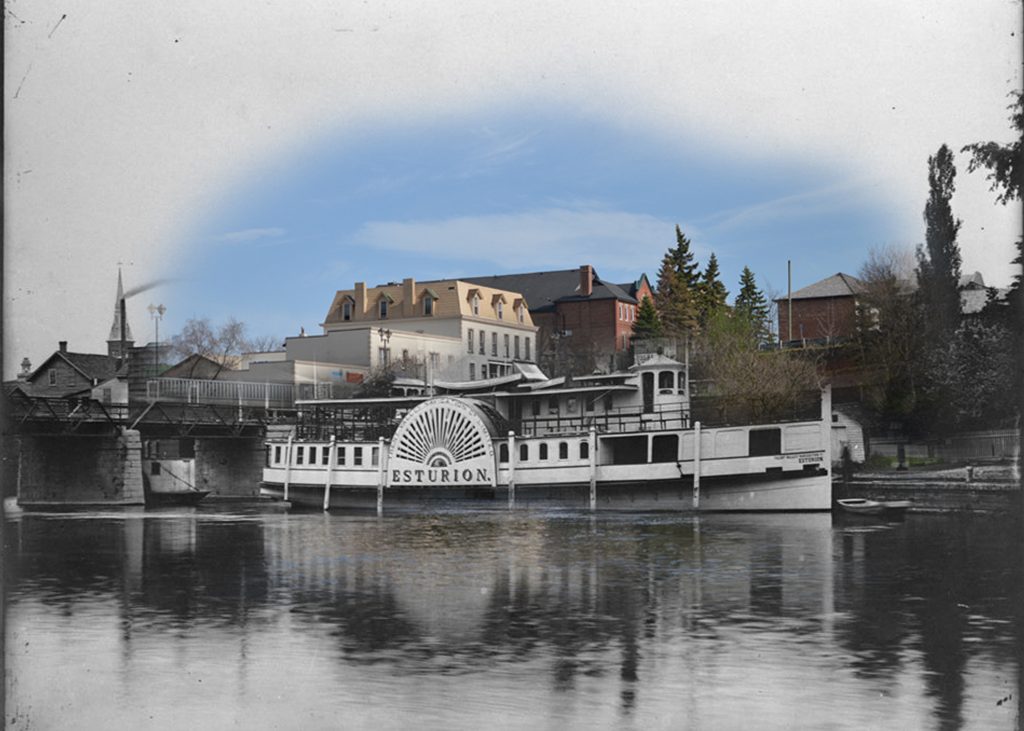 The Kawarthas were founded on a waterway dream (a large commercial thoroughfare), and named to represent beautiful lakes to tourists. Yet the county town was the hub of practical overland transportation: by road to Whitby and later rail to Toronto. 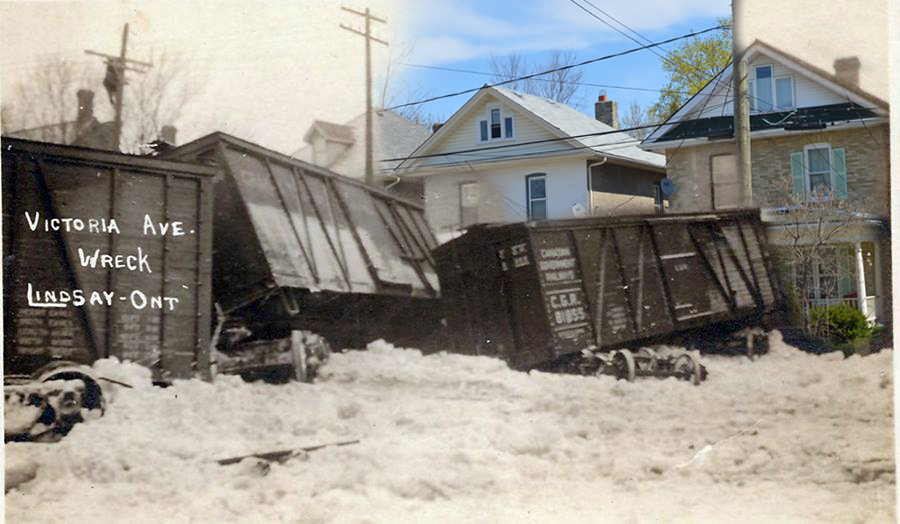 Lindsay was founded by a speculator around saw and grist mills, like so many other communities. In its early days, much of the district’s commerce went through Peterborough, but Lindsay was fortunately located to take advantage receiving a rail connection early. The Midland Railway made it the hub to export the forest wealth of Victoria and Haliburton and also of steamship networks. Unlike many of its contemporaries, the Midland Railway was an immediate success, capturing the district’s long-distance trade, while cementing Lindsay as its commercial hub. 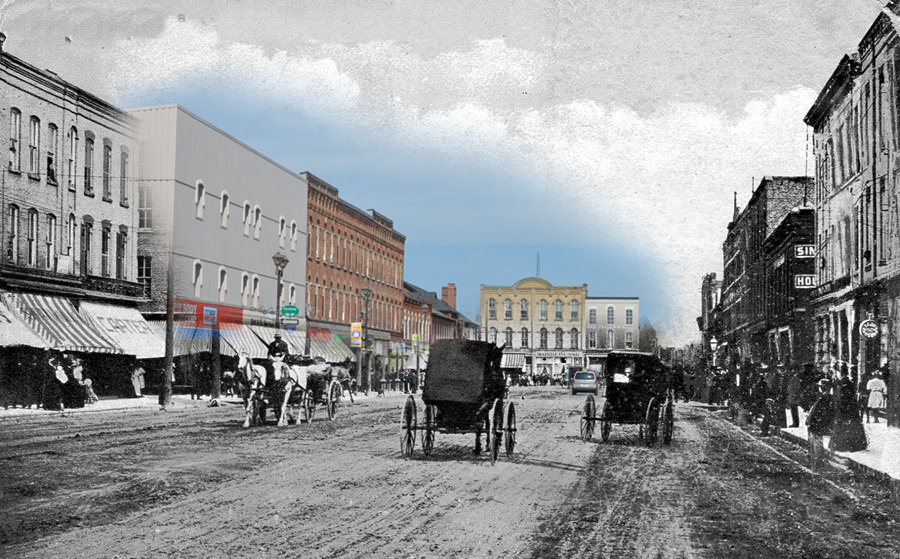 As the Kawarthas became a tourist destination, Lindsay was secondary as an attraction, but the tourist trade flowed through the town. Sturgeon Point, the district’s famous cottage community was founded by prominent Lindsay businessmen. Its merchants handled much farm produce, and its flourishing downtown provisioned visitors setting out on steamship excursions. 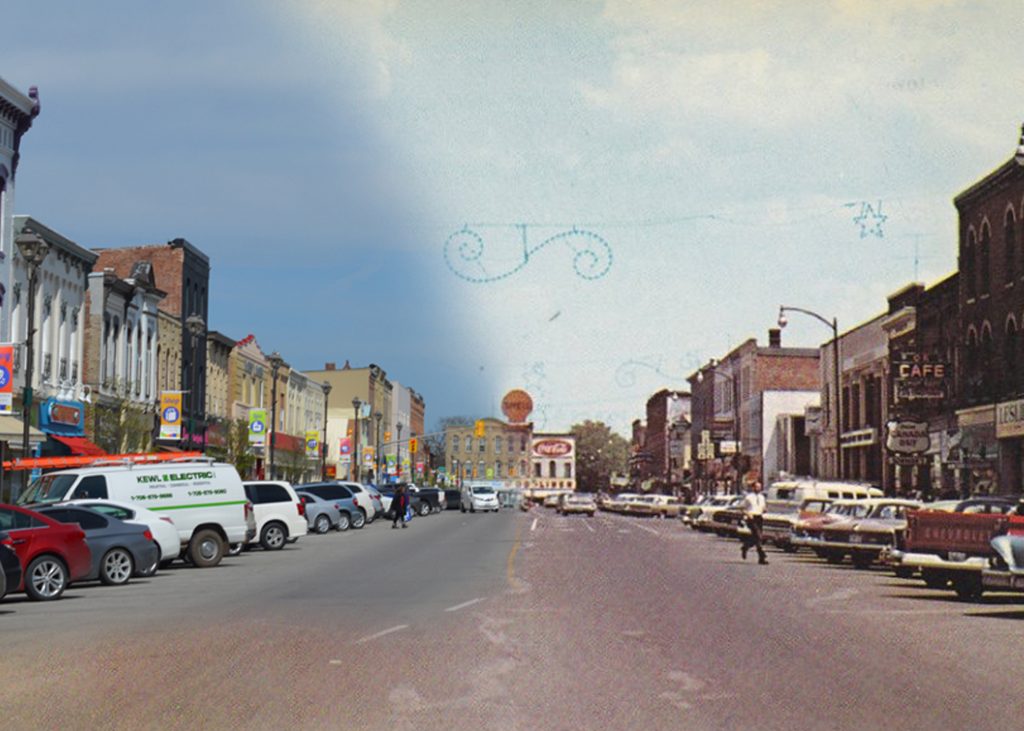 Even as the railway and steamships have come and gone, World Wars transformed agricultural communities, and as manufacturing rose and declined, Lindsay has remained the county’s town. For generations, many surrounding villages have been seasonal: booming with summer visitors, quiet in winter. Settlements founded on resource extraction have dwindled, some to re-emerge, others became ghost towns. Through it all, Lindsay has been a steady presence, connecting surrounding villages.

The Fenelon Locks A Landscape of Family Farms