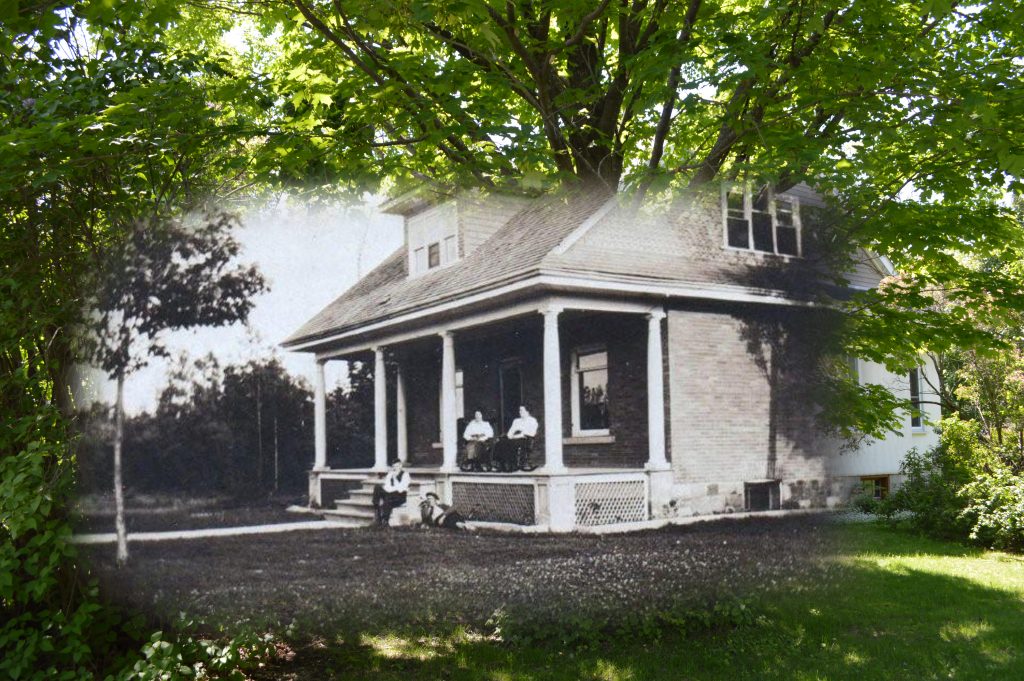 The dream of a through waterway from Lake Huron to Lake Ontario loomed large in the politics of the nineteenth century Trent Watershed. Though its cost was initially prohibitive, shrewd politicians saw the merits of making small steps. Piece by piece, the waterway developed (ultimately taking 87 years) and by the 1880s only Fenelon Falls inhibited navigation between Bridgenorth, Coboconk and Port Perry, a route that connected the Peterborough portage and Lindsay. Construction of two locks and a canal at Fenelon Falls began in 1882. 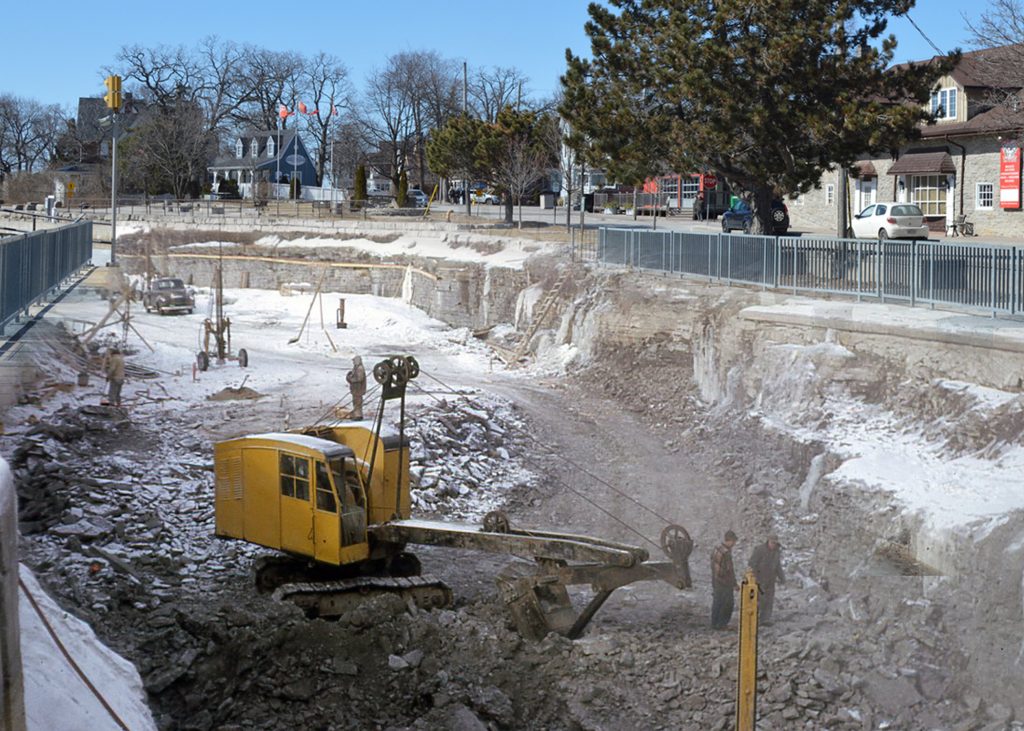 The Fenelon Lock was one of the first applications of dynamite, which was much more powerful than blasting powder, so it briefly rained rocks. One broke a shop’s roof, another snapped a telegraph pole, while the wooden sidewalk was perforated. Despite many close calls, nobody was hurt, though a canal horse was hit in the rear, sending it frantically galloping through town. 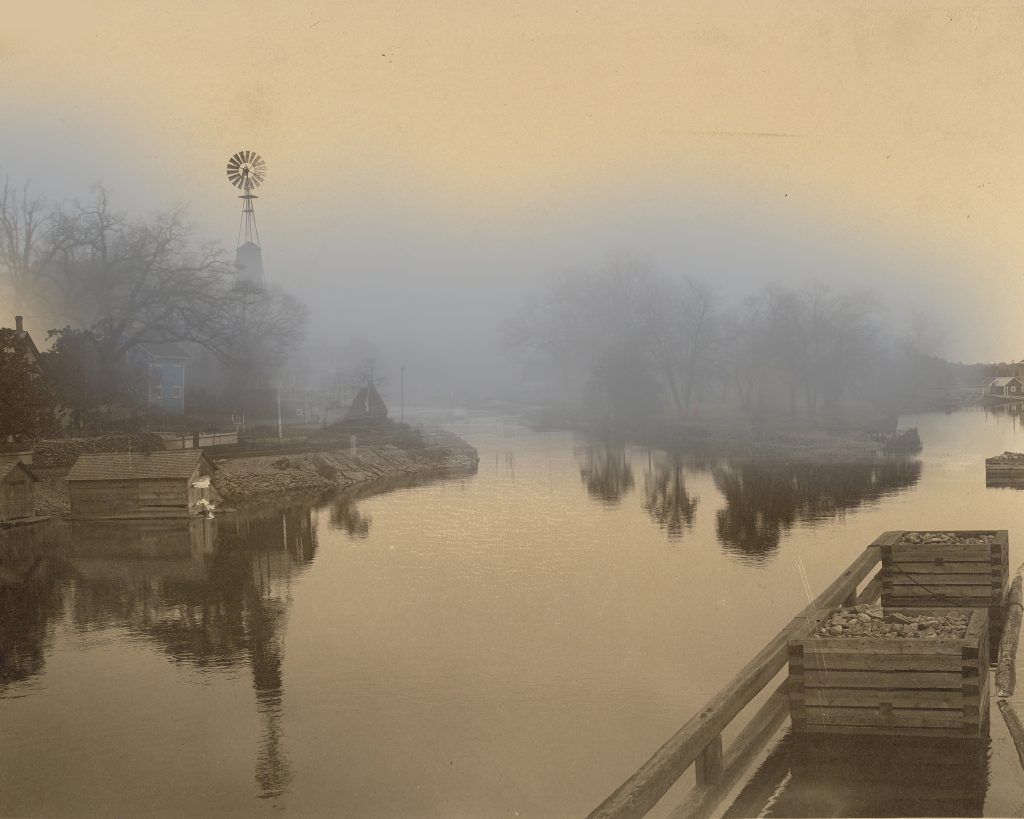 By 1887 construction was complete, but a fixed rail bridge still impeded navigation, because the Crown and Grand Trunk Railway were locked in a legal battle over who should pay to fix it. By the time the lock finally became functional in 1894, the steamer Anglo-Saxon had rotted waiting, so it was towed into Cameron Lake and scuttled. 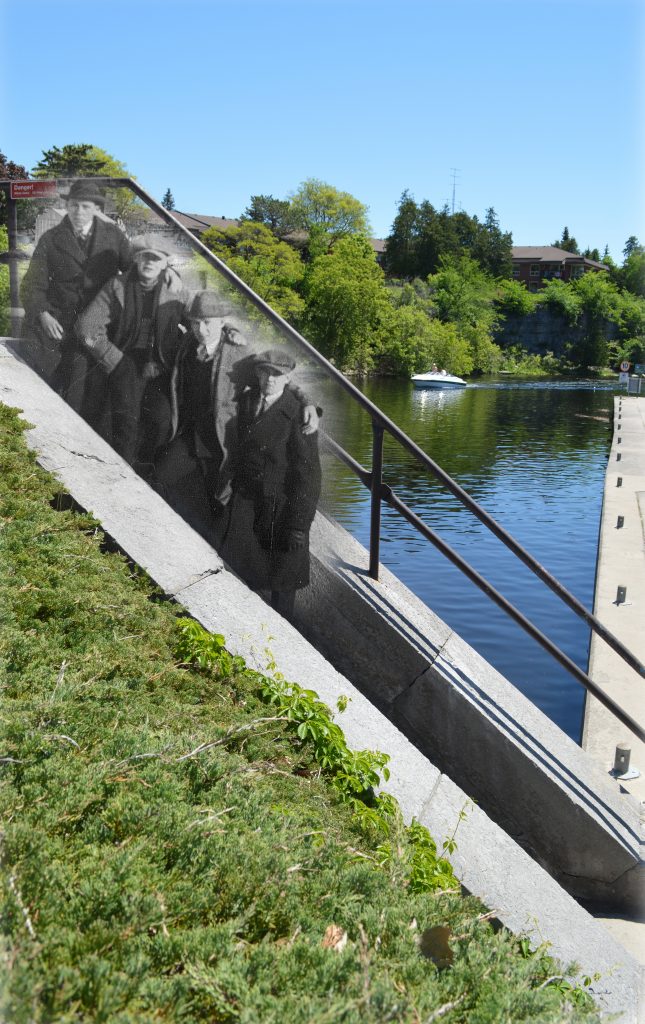 Posing on the Stairs of the Stone Fenelon Lock (Original photograph: c. 1923 combined with modern photograph: 2017)

The system never became the commercial waterway its boosters imagined. It was far more tortuous and accommodated smaller craft than the Welland Canal route constructed in the meantime. It did, however, become one of Canada’s most popular recreational waterways.