The Kawarthas were settled prior to the advent of responsible government in the Canadas. Patronage of the Family Compact (a colonial clique of Conservative power brokers, connected to Anglican Bishop John Strachan) loomed large its development. Both Fenelon Falls and Bobcaygeon were proprietary settlements. They were initially granted to the Provincial Secretary and a prominent local Conservative politician. Fenelon Falls was sold to business partners Robert Jameson and James Wallis, while Thomas Need acquired Bobcaygeon. After returning from England where he received an inheritance, Need served as town patron. His employee Mossom Boyd, would succeed him as village patriarch. Lindsay’s proprietor, William Purdy, was a controversial Reformer whose family emigrated from the United States. When excessive flooding from his mill dam sparked a public rising, the Conservative magistrates tellingly stood aside. 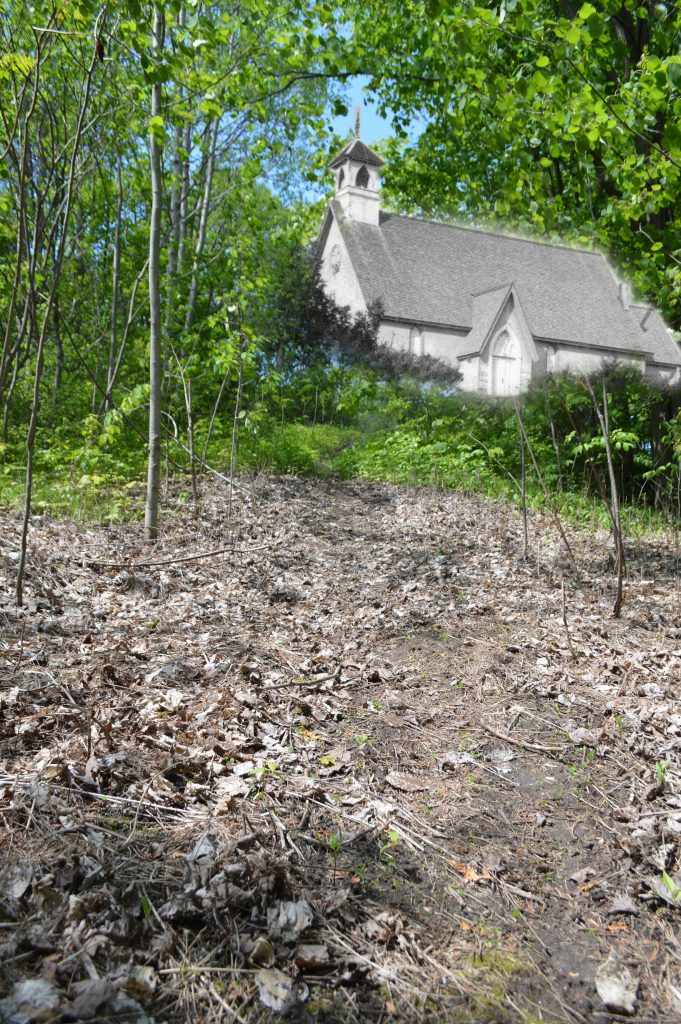 All three settlements reflected the patronage of the period in their development. Centring on their patriarch’s mills, they also acknowledged the governors in their street names, with the downtowns being labelled Francis, Bond and Head with John and Colborne.

The Church of England was at the heart of the Family Compact. While other churches were active in the area, the early local elite was overwhelmingly Conservative Anglicans. The proprietors of both Fenelon Falls and Bobcaygeon ensured that their village had a prominently situated Anglican Church. In Fenelon Falls the first two Anglican churches (it twice burnt) stood on the hill, as a shining light overlooking the village.